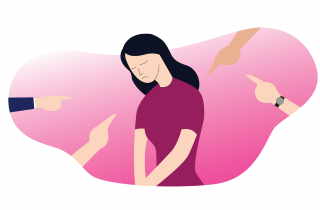 Surprising impacts of an acquittal

Your client was charged with a criminal offence and found not guilty. Unfortunately, it does not stop there. They still hold the burden of many impacts that result from simply being charged, many of which can be overwhelming and costly. Every criminal charge will have its own unique consequences.

Take for example driving-related offences. Whether it’s impaired by alcohol/drug or whether it’s failing to comply with a demand, this will result in an automatic administrative driver licence suspension. Your client is responsible for paying the fee to have their licence reinstated, which in Ontario, costs approximately $275. There is an automatic seven-day impoundment for the vehicle which costs hundreds of dollars. Your client may be out of a job if their employment depends on having a valid driver’s licence and/or a vehicle. Insurance premiums can double or triple. Some insurances companies may even cancel the policy.

In the other cases, your client may face certain bail conditions, such as not being able to speak to their spouse. There can be consequences the client may face that impact any family law proceedings that they may be a party to.

Universal to all charges are lawyer’s fees, public shaming in the media, mental distress and potential travel restrictions.

A case can take months or more to defend, resulting in increasing legal fees and an anxious client as the matter goes through the court system. Moreover, your client’s name and the allegation they faced could have been published in the media. In the age of social media and the Internet, news stories are rarely deleted. They can be shared across different social media platforms and are easily searchable with the inclusion of your client’s name. The news can influence the public’s perception of your client, causing an onslaught of public shaming and humiliation. The lasting stigma may be overwhelming and may have detrimental impacts on one’s mental health.

Ultimately, your client is found not guilty and still has to carry the baggage of being charged with a criminal offence, some of which can last well after the case is over. What, if anything can be done to mitigate any loss? There may be civil recourse available, however, be forewarned, it is a difficult and seemingly rare occurrence.

One possible option would be to bring an action for malicious prosecution. To succeed, a four-part test must be met in its entirety. It was set out in Miazga v. Kvello Estate [2009] 3 S.C.R. 339 as follows:

1. The defendant initiated or continued the prosecution against them;

2. The prosecution terminated in the plaintiff’s favour;

3. The prosecution was undertaken without reasonable and probable cause; and

4. The prosecution was motivated by malice or a primary purpose other than that of carrying the law into effect.

Parts one and two of the test are fairly easy to establish. The first step is satisfied where the plaintiff proves that the defendant initiated the prosecution. This can include the complainant, the police or the Crown. The second step requires a withdrawal or dismissal of the charges. A plea to a lesser or provincial offence or a peace bond is not enough.

The third part of the test is satisfied where the plaintiff proves that the defendant acted without objectively reasonable grounds to believe that the prosecution was able to succeed. A prosecutor is not to proceed with a case that lacks a reasonable prospect of conviction regardless but this is a step in the assessment.

The fourth part of the test regarding malice is undoubtedly where most fail as it contains such a high threshold, making successful cases for malicious prosecution rare. Nonetheless, the fourth part of the test is satisfied where the plaintiff can prove that “on the totality of the evidence that the prosecutor deliberately intended to subvert or abuse the office of the Attorney General or the process of the criminal justice such that he or she exceeded the boundaries of the office of the Attorney General.”

Further, the court must be satisfied that on a balance of probabilities it is proven that the prosecutor “commenced or continued the impugned prosecution with a purpose inconsistent with his or her role as a “minister of justice.”

The aftermath of being found not guilty can be unforgiving and with it comes many potential lingering impacts that many do not consider. A person is left with a tarnished reputation, a pile of fees and humiliation, to name a few. Retaining a good criminal lawyer now may allow them to recover civilly later.

Tahnee Caraballo is an Ojibwe Puerto-Rican lawyer from Garden River First Nation. She practises criminal, family, child protection and Indigenous law. Connect with her on LinkedIn or by e-mail at tcaraballo@tijerinalaw.ca.