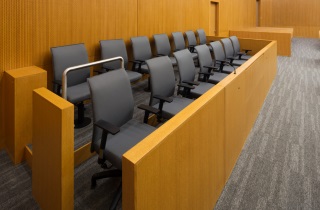 The decisions, authored by Justice Spencer Nicholson, summarize the approaches taken by the courts of Ontario with respect to striking jury notices in the era of COVID-19, and they provide common sense solutions to the various complications that have arisen in the current climate.

Justice Nicholson helpfully summarized the Ontario Court of Appeal and Ontario Superior Court of Justice decisions released throughout the COVID-19 pandemic and the various approaches taken with respect to motions to strike jury notices.

The starting point, Justice Nicholson noted, is a 2006 decision called Cowles v. Balac 83 O.R. (3d) 660, in which the Court of Appeal stated that the right to have an action tried by a jury is important and should not be interfered with without just cause or cogent reason. The court is to consider whether the moving party has shown that the justice to the parties will be better served by the discharge of the jury.

With the onset of the COVID-19 pandemic, however, the Court of Appeal recognized, in Girao v. Cunningham 2020 ONCA 260, that the right to a jury trial in a civil action, although fundamental, is not absolute and must sometimes yield to practicality.

In the many motions to strike brought during the COVID-19 pandemic, various factors have been recognized by the courts to assist the presiding motions judge in determining whether justice to the parties will be served by trying the case with or without a jury. Justice Nicholson summarized these factors, as follows:


a) regional or even local differences with respect to the resources available to the court;
b) regional differences in how the pandemic has affected the community where the trial is to be conducted;
c) the date of the incident giving rise to the action;
d) the time between the motion to strike and the trial date;
e) the number of times a case has been previously adjourned; and
f)  the specific circumstances of the parties.


Justice Nicholson then reviewed the various motions and their outcomes, noting there to be two distinct approaches in the case law.

The “wait and see” approach was applied in several motions which were largely heard in the Toronto and Central East regions, throughout September, October and November 2020. The motions judges in these matters concluded that the ultimate decision whether the jury notice will be struck should be postponed until such time as there is greater certainty as to whether the case can proceed with a jury.

In the motions heard in the Ottawa and the Central South regions, mostly throughout August and September 2020, the motions judges struck the jury notices. The reasons for granting the motions in these decisions were similar: the East and Central South regions seemed incapable of supporting jury matters, while in-court, non-jury matters were able to proceed. Based on the circumstances in these regions, the “wait and see” approach was not suitable.

At the Court of Appeal, Justice David Brown granted an order staying the Divisional Court’s order. Justice Brown, citing R. v. Jordan 2016 SCC 27 and Hryniak v. Mauldin 2014 SCC 7, noted that the COVID-19 pandemic has further impacted the operation of the Ontario courts and has only exacerbated the excessive delays experienced in the justice system.

Justice Brown had previously rendered a decision in a similar context in Belton v. Spencer 2020 ONCA 623, wherein he also supported the exercise of regional judicial discretion in the context of striking jury notices.

Justice Nicholson recognized that, though Justice Brown in Louis and Belton appeared to be favouring the exercise of discretion, there was no express repudiation of the “wait and see” approach. Rather, Justice Nicholson interpreted these decisions as a recognition that motions judges should be afforded a broad discretion to come to solutions that work within the given factual circumstances of a case.