The University of Toronto Faculty of Law’s beleaguered international human rights program will continue to hold an important place in the faculty, says its new dean.

Despite a hiring controversy that grabbed headlines last fall, Jutta Brunnée said in her first full interview as dean with The Lawyer’s Daily that, from her perspective, the future of the program has not been jeopardized by allegations that a federal judge pressured the law school not to hire a prominent academic as the program's director. 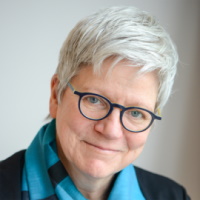 Earlier this month, the Canadian Judicial Council announced that it has ordered a panel to review complaints that Tax Court of Canada Justice David E. Spiro, a significant donor to the law school, interfered with a hiring panel’s unanimous decision to hire academic Valentina Azarova as director of the international human rights program (IHRP).

According to news reports, Justice Spiro expressed concerns in private about Azarova’s previous research on human rights violations by Israel involving its treatment of Palestinians. The news prompted the program’s faculty advisory board to resign and sparked calls for an investigation from organizations such as Amnesty International and Human Rights Watch.

The university is conducting a review of the incident led by former Supreme Court of Canada justice Thomas Cromwell. Brunnée told The Lawyer’s Daily that she would prefer not to comment on the matter until after the review is completed in mid-March.

“I’m looking forward to having the results of the review,” she said. “The human rights program is a valuable program and we will want to think about taking it forward.”

Samer Muscati, a former director of the program, a U of T law grad and current associate director of Human Rights Watch’s Disability Rights Division, expressed confidence that Brunnée will succeed in removing the cloud hanging over the international human rights program.

“This is a pivotal juncture for the IHRP and it is my hope and belief that Prof. Brunnée will act boldly to put the hiring scandal behind us,” he said in an e-mail to The Lawyer’s Daily.

“I’m also particularly excited because I know that she understands the value and importance of teaching public interest law, including international human rights law,” he added. “I have very fond memories of her as my professor almost two decades ago.”

A native of Wiesbaden, Germany, Brunnée came to Canada for graduate work in the 1990s, prompted in part by fond memories of vacationing here with her family. After completing her master of laws degree at Dalhousie University, she taught at the University of British Columbia and McGill University before she joined U of T’s Faculty of Law in 2000. The specialist in international and environmental law served as the law faculty’s interim dean in 2014 after Mayo Moran, its first woman dean, was appointed as provost of Trinity College at the University of Toronto.

It was that experience as interim dean, she said, the helped convince her that the role was a logical next step in a fulfilling career at the university she loves. Her five-year appointment as dean started Jan. 1.

“I’d say the combination of really appreciating the faculty and having had a sense of what the job actually involves got me to the point where I thought, yeah, this is the time,” she said.

“I can honestly say that the 20 years that I’ve been at the law school have been the most energizing and rewarding period of my professional life, in part because you are working with an exceptional group of colleagues who are all leaders in their field. And also the students we get to teach are just remarkable, and I have to say I will never tire of not only having students who completely get what you are trying to teach them, but who actually push your own thinking very often.”

Almost counterintuitively, Brunnée said, the COVID-19 pandemic and the surrounding global landscape make it an exciting time to be taking the helm at one of Canada’s foremost law schools.

International milestones like Brexit and new administration of U.S. President Joe Biden put the Faculty of Law in a position to build on its tradition of intellectual leadership and engagement with issues at home and abroad, she added.

“There’s a kind of momentum in the world right now that might be a little bit better than what we've seen for a while and I would like to take advantage of the strength we have to position the faculty to be a hub for the thinking that the world will need to move forward out of these different challenges,” she said. “And when I say the world, I mean locally, I mean the country and I mean quite literally the world.”

In addition, Brunnée said one of her main goals as dean will be to enhance diversity across all aspects of the law school and its commitment to “inclusive excellence” — spanning its students, faculty and curriculum.

That effort is already reflected in projects like the Black Future Lawyers program, a collaboration between U of T Law, its Black Law Students Association and members of its Black alumni community that provides support and engagement opportunities to Black undergraduate students who aspire to go to law school and become lawyers.

“Diversity of experience, lived experience, and diversity of perspective, all of that intellectual diversity, those are key drivers of excellence, and so that’s why I see these two as going very strongly together,” she said.

“Concretely, that means a number of things that the faculty has already been doing, but this is sort of the moment where we can push that further yet,” she added. “We want to be sure that we have the right blend of responses to reconciliation issues, Indigenous peoples and the law issues, anti-racism issues, and so on.”

If anything, she indicated, the law school’s commitment to excellence in all areas has only been tempered by the pandemic. From a standing start last March, the faculty quickly transitioned to teaching entirely online, like most educators across Canada and the world. In September, as public health guidelines eased marginally, it offered a combination of in-person, hybrid and online course offerings — only to return to complete virtual teaching as the second wave accelerated and lockdowns were reimposed.

To help with the isolation and emotional hardship of the pandemic, said Brunnée, the faculty has tried to create ways for students to connect and has solicited regular feedback from them on what other supports they may need.

The lessons of online learning have been legion, and some will be enduring, she noted. Thanks to Zoom, she said, the faculty has been able to introduce students to interesting alumni from around the world in its Lawyers Doing Cool Things series. And in its Future of Law Lab, students explore the possibilities if law and technology through speakers series, hack-a-thons, workshops, summer internship opportunities and other initiatives.

“It was really learning by doing at a very rapid pace,” she said of teaching during the pandemic. “I’d say colleagues spent a lot of time on their individual initiatives over the summer last year to figure out online pedagogy. We’re very lucky in the faculty that we have a group of colleagues who are very committed to teaching.” 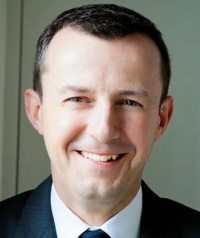 But for many faculty members, noted Brunnée, the pandemic has most of all reinforced the value of the in-person teaching experience.

“I think everybody’s just chomping at the bit to get back in the classroom and be back in our element,” she said. “We’re all looking forward to going back to whatever normal there will be, hopefully sometime this year.”

U of T law alumnus Robert Centa said in an e-mail that he’s optimistic Brunnée’s leadership will ensure a strong future for the faculty as it emerges from the pandemic.

“She is one of the leading scholars of international environmental law, which is one of the most important issues of our time,” said Centa, managing partner at Toronto-based Paliare Roland Rosenberg Rothstein and a previous law alumni council volunteer who has taught trial advocacy and legal ethics at the law school. “She is a wonderful leader who will bring her international training and experience to enrich one of the world's great law schools. I am very excited by this appointment.”