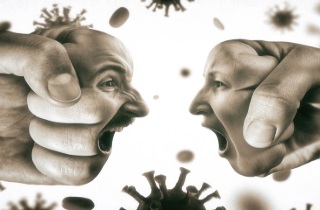 On Jan. 13, the Ontario government imposed a strict provincewide lockdown and stay-at-home order in response to staggering COVID-19 infection rates that had continued to climb. This latest health measure is set to last until mid-February and has been enacted pursuant to the government’s emergency authority established by the Reopening Ontario (A Flexible Response to COVID-19) Act, 2020, S.O. 2020, c. 17. It is aimed squarely at hindering the unbridled transmission of the virus in the province, by reducing non-essential contact between people.

But as necessary and beneficial as they may be from a public health standpoint, these kinds of measures can have a devastating effect in other ways and on all sectors of society. On a deeply personal level, they can profoundly affect vulnerable individuals like divorced and separated parents, who are already contending with pre-existing family law issues and disputes.

One of the most straightforward aspects of daily life to be influenced by these latest lockdown measures relates to income. With floundering businesses being shuttered for the duration (and perhaps permanently), and with job losses climbing steadily, separated and divorced parents who already struggle to make ends meet will see further economic challenges, particularly around their existing child support obligations.

Courts remain sensitive to parents in this situation. As one of many examples: In Moreton v. Inthavixay 2020 ONSC 4881, which was heard after the first round of COVID-19 lockdowns in April, the father brought an urgent motion to vary the existing order requiring him to pay $1,000 a month in child support. He had been laid off from his full-time job in the Canadian television and film production industry, which by all accounts has been decimated by the pandemic. He was now collecting $500 per week in Employment Insurance, while taking on contract jobs when he found them.

Noting that the father was unemployed through no fault of his own — and that he had tried diligently to find work to fulfil his child support obligations — the court reduced his support obligation temporarily, after extrapolating his total 2020 income using the amounts he had earned or received so far.

But even in these exceptional times, it should be noted that courts have not abandoned the expectation that parents must supply evidence of their particular financial challenges or economic hardship. In Levin v. Levin 2020 ONCA 675 for example, the Ontario Court of Appeal declined to automatically order that the husband should pay reduced legal costs in his appeal, absent proof of his assertion that the COVID-19 pandemic had a negative impact on his income as a self-employed industrial electrician.

Another way that the pandemic-prompted downturn has impacted some families is by sparking a drastic upheaval in their day-to-day physical living conditions and circumstances.

In Dhaliwal v. Dhaliwal 2020 ONSC 3971, the father, now divorced from the mother, brought an urgent motion to force the immediate partition and sale of the matrimonial home where the mother and their two children were still living.

The father complained that, as an optometrist, the COVID-19 crisis had reduced his income by one-half, and he could no longer solely afford to bear the court-ordered responsibility of paying the mortgage and carrying costs for the matrimonial home. In response, the mother argued that the father had chosen to keep his practice closed longer than necessary and that COVID-19 restrictions would be lifted in the near future in any event.

After reviewing the broader financial picture for both parents, the court did not hesitate to order an immediate sale of the home in the circumstances, declaring that “COVID-19 has at least temporarily ruined the financial prospects of both of these parties. And neither of them is to blame.”

In-person versus online learning for kids

Since the pandemic started, Ontario courts have seen a steady stream of requests to resolve disputes between parents around the question of in-person versus online learning for their children. Now that most physical schools are closed during the lockdown, these kinds of disputes have disappeared from the court dockets — for now. But once schools reopen for those who want to attend, they will likely resume for parents who cannot agree on which model is best for their particular child.

Even though online-only learning is the sole option for now, some parents still manage to find sources of discord. In an unusual case called S.R.V.M. v. J.S. 2020 ONCJ 573, one of the many issues between the parents was that, during the earlier lockdown period when schools were shuttered, the mother had refused to supply the child with Internet access. This thwarted the child’s ability to do schoolwork while in the mother’s care.

The father had been prompted to step in, doing extra schoolwork with the child during his weekend parenting time, and co-ordinating with the teacher. When called upon to explain to the court, the mother “mostly deflect[ed]” the allegation, stating that the child’s educational needs were being met otherwise. The court ultimately ordered that if there was another lockdown or quarantine within the child’s school during the current school year, then the child would have to reside with the father during weekdays.

The COVID-19 pandemic has been with us for a while, and it seems we will have a little way to go. The government measures to impose periodic lockdowns, and to beef up temporary restrictions, have significant trickle-down effects on separated and divorced families in a multitude of ways. We will examine more of the specific areas of impact in an upcoming article.