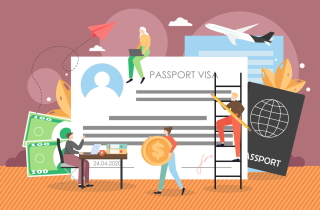 College of Immigration and Citizenship Consultants comes into force

This move is part of the ICCRC’s efforts to increase the integrity of and public trust in these professions. It is a direct response to the current consequences of unscrupulous and fraudulent representation identified by the Standing Committee on Citizenship and Immigration, including delays with immigration applications, financial hardship and losing legal immigration status in Canada. Up to now, regulated representatives were only those registered with the ICCRC.

The ICCRC’s mandate comes from the Citizenship Act and Immigration and Refugee Protection Act (IRPA), which requires consultants and advisers to be a member in good standing of the ICCRC, a Canadian law society or the Chambre des notaires du Québec. The ICCRC focuses significant effort on educational standards and administering exams. Within the ICCRC are a complaints mechanism and disciplinary process, while the Royal Canadian Mounted Police and Canada Border Services Agency (CBSA) share responsibility in the investigation of unregulated representatives pursuant to the powers granted them under IRPA and the regulations. The ICCRC does not have the power to investigate unregulated representatives.

While both bodies are self-governing, not-for-profit entities, the College will exist under an Act of Parliament, as most Canadian professional regulators exist. The Act creates a Code of Conduct, established by the minister of citizenship and immigration and a new licensing process for RCICs and RISIAs. It also gives the College investigative and enforcement powers to:


Finally, the Act also imposes greater sanctions on professionals under the IRPA and Citizenship Act and gives the relevant authorities greater ability to impose administrative sanctions.

The College increases public trust and integrity in that it mimics the structure of other professional regulators, giving it greater legitimacy as a regulator. Such a structure also increases public confidence in the College’s ability to ensure a standard of conduct among professionals. Its self-governing nature eliminates the need of other actors like the CBSA for support. Finally, the expansion of the regulator’s powers consolidates and streamlines the process for identifying and investigating unethical behaviour and enforcing compliance.

Foreign-trained consultants and those providing services outside Canada

Iyarusalem Biftu is an articling student at Calgary Legal Guidance and can be found pondering on Twitter @IyarusalemB. Lynda Chinweokwu is a paralegal at Andrew Law Office in Edmonton.