The Canadian Supreme Court is looking to combat "link rot" by launching an online archive to protect against the problem.

The Supreme Court of Canada (SCC) recently unveiled the Internet Sources Cited in SCC Judgments (1998-2016) that looks to preserve the links to documents and websites cited in judgments by the court.

Link rot commonly refers to a situation in which a hyperlink that links to a document or an online site no longer leads to the site or content. Another related problem is reference rot where the hyperlink continues to work, but the content of the site the link refers to has changed, but does not tell a person where that site or document is now located. The problem in the same in both cases. Information that one is looking for is now not easily found, or cannot be found at all.

“Some of the ‘classic’ statistics given about the average life span of a web page is between 44 and 75 days,” said Rémi Samson a legal officer with the Supreme Court of Canada. “Some of the legal scholars who look at link rot have been analyzing link rot in legal journals since 2007, and their statistics are widely available. They range year by year, but it appears that link rot in legal journals is higher on average than journals in the STEM fields. Most of the work on link rot has been done on U.S. titles and varies year to year from 8 per cent to 35 per cent.”

Samson pointed to the ongoing work of the Chesapeake Digital Preservation Group.

This group’s mission is to put into place a program to “stabilize, preserve and ensure permanent access to critical born-digital and digitized legal materials on the World Wide Web.” It has been publishing annual studies on the problem of link rot for a number of years. Its most recent study is for 2014 and that study closely looked at link rot among the original URLs for online law and policy-related materials.

The numbers are revealing.

According to the group’s "Link Rot" and Legal Resources on the Web, in 2014 a total of 292 out of 579 URLs in the sample no longer provided access to the content that was originally selected, captured and archived by the Chesapeake group. Link rot had increased to 51.12 per cent within seven years.

In 2008, 8.3 per cent of the 579 URLs comprising the sample were found to have link rot. One year later, in 2009, link rot was found in 83 out of the original sample of 579 URLs. Within two years of capture, 14.3 per cent of the archived titles had disappeared from their original URLs.

“Overall the results of the seven years of systemically checking links have demonstrated that documents posted on web sites will disappear at an increasing rate over time,” the report concluded.

“In 2014, library staff found 40 broken links in judgments of the SCC dating back to 1998, out of a total of 161 hyperlinks examined, or approximately 40 per cent,” Samson added. “The editors of the Supreme Court Reports are actively archiving references to Internet sources by capturing the cited information in context, and will provide the archived link in the References section of the judgment at the time of release. The SCC is committed to maintaining the archived PDFs on its website.”

The SCC site goes into greater detail as to how it will archive and preserve web pages and links the court cites in judgments:

The Office of the Registrar of the SCC, recognizing that web pages or websites that the court cites in its judgments may subsequently vary in content or be discontinued, has located and archived the content of most online sources that had been cited by the court between 1998 and 2016 in order to preserve access to them. These sources were captured with a content as close as possible to the original content. Links to the archived sources can be found here: Internet Sources Cited in SCC Judgments (1998-2016).

Since 2017, online sources cited in the “Authors Cited” section in SCC judgments have been captured and archived. When a judgment cites such a source, an “archived version” link is provided.

“We are aiming for contextual continuity and trying to ensure that the hyperlinks to Internet sources, as with citations to print resources, are available for legal researchers who may, in the future, wish to consult the sources (including the official case file and cited sources) which helped to inform the judges’ reasons,” added Samson. 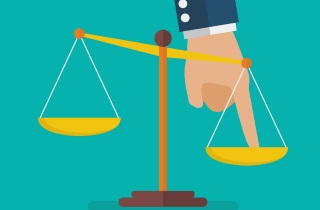 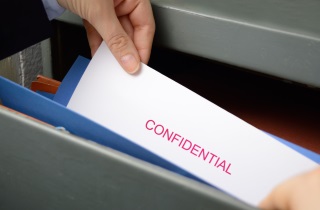