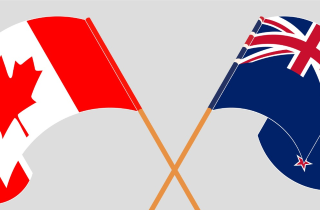 With Britain having officially left the EU, a new agreement between Canada, Australia, New Zealand and the U.K., referred to as CANZUK, has gained traction.

A report advocating CANZUK was submitted to New Zealand’s Parliament in early January after support for the idea polled at 82 per cent. This follows a string of endorsements from the ACT party in New Zealand, Andrew Scheer, Canada’s former leader of the opposition, and Prime Minister Boris Johnson.

Proponents of CANZUK cite the shared language, Anglospheric culture and politico-economic structure of the four countries as an opportunity to bolster the collective bargaining power through a system of mutual recognition. However, it is unlikely that any of the countries will sponsor a treaty that creates a supranational entity akin to that of the EU. Instead, CANZUK will aim at somewhat replicating the Treaty of Rome which created the EU’s predecessor, the EEC.

In this respect, whilst not a complete novelty, once the pre-existing agreements expand to include Canada and the U.K., they are likely to facilitate some interesting legal developments and perhaps encounter some logistical issues along the way.

This article will explore the potential impact of these treaties on the legal industry, with particular focus on regulatory mutual recognition and what this would mean for the big tech and pharmaceutical industries as well as areas like employment, data protection and competition law.

CANZUK International, a notable organization, proposes that two separate but interconnected treaties will form the basis of this agreement: one for freedom of movement and one for free trade.

The free movement (migration) treaty is likely to be achieved through Britain and Canada signing onto the existing Trans-Tasman Travel Arrangement (TTTA). The TTTA allows Australians and New Zealanders to travel more easily; but not without restrictions.

This treaty is far more flexible than the EU’s freedom of movement policy and has evolved over time. For example, from 1981 citizens were required to carry a passport and since 1994, Australia introduced a “Special Category Visa” for New Zealanders. Other restrictions on entry now include bans on those with criminal records, affiliation with terrorist organizations and a lack of financial means. These chronological developments are illustrative of the TTTA’s flexible nature: something which CANZUK is keen on.

This agreement bans tariffs throughout the free trade area, minimizes market distortions in trade and goods and harmonizes food standards. Additionally, ANZCERTA’s investment protocol, which entered into force in 2013, allows investors in all signatory countries to benefit from lower compliance costs, higher screening thresholds and greater legal clarity when investing in neighbours. Ultimately, these provisions could hugely benefit service-based economies such as Canada and the U.K.

An underlying principle of these agreements is that they both operate by mutual recognition. This, coupled with the flexible nature of the agreements, is where the majority of the regulatory adaptation, or even conflict, will be visible down the line.

This is the first half of a two-part article.