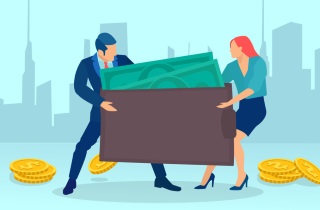 An Ontario judge has sounded an alarm to family law counsel and their clients who engage in practices that contribute to “litigation nonsense,” a term coined by Justice Alex Pazaratz and particularly relevant in family law litigation in the time of COVID-19.

Berta v. Berta 2021 ONSC 605 provides the backdrop for the court’s discussion of inefficient practice issues, in the context of a spousal support case where Raymond Berta repeatedly refused to comply with a trial court’s order that he pay his ex-wife spousal support of $13,759 a month for an indefinite period of time. His reluctance to accept the court’s decision after a nine-day trial in 2013 and 2014 resulted in an appeal in 2015, a rehearing in 2016 and a second appeal in 2017, where the appellate court confirmed the spousal support order.

In considering the material before him and the history of the litigation, Justice Pazaratz described and denounced Raymond Berta’s conduct as “economic warfare.” He noted that while everyone has a right to their “day in court,” some cases distinguish themselves by consuming an inordinate amount of court time and judicial resources, and with some cases “we reach a tipping point where the system has to remind everyone about Rule 2 in the [Ontario] Family Law Rules,” rules we see in every province in Canada that invoke the “just, speedy, and inexpensive resolution of family law cases on their merits.”

The court observed that Raymond Berta had made this litigation as “complex, unproductive, inefficient, and expensive as possible” and suggested that in the time of the COVID pandemic, his litigation conduct could no longer be tolerated:


The COVID pandemic has left our court resources strained as never before. Even working at maximum efficiency, our reduced capacity in family court means that every day more and more families are left waiting for justice. … [t]he well-being and circumstances of children and vulnerable people are at stake. I’m not sure why we tolerated as much litigation nonsense as we used to. But that’s not an option anymore. We can no longer permit or tolerate an inefficient or cavalier approach toward judicial resources. We can no longer overlook or gloss over oppressive, reckless or malicious behaviour.


Justice Pazaratz ordered costs payable to Delia Berta of $4,000 but specified that he declined to waste any more of the court’s time to consider whether the costs order was enforceable by the Family Responsibility Office.

Georgialee A. Lang is a lawyer and arbitrator in Vancouver and Kelowna, B.C. Lang has practised family law for 31 years, recently focusing primarily on arbitration and appellate litigation. Lang is a writer, speaker and media commentator whose publications range from the Huffington Post to the National Post and The Lawyer’s Daily. For fun she pens a blog (lawdiva.wordpress.com). Connect with her at georgialeelang.com or on Twitter.