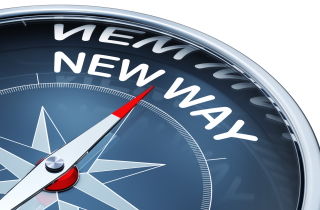 Has the litigation culture shift happened?

In 2014, the Supreme Court of Canada issued a judicial clarion call in Hryniak v. Mauldin 2014 SCC 7. The court required a litigation “culture shift” in Canada, requiring the judiciary and lawyers to apply more efficient modes of resolving parties’ disputes.

Nearly seven years on, and the culture shift is still arguably in its inception. The pandemic has exacerbated problems identified in Hyrniak: judicial resources are scarce; courts remain severally pressed; and now more than ever, the need for “fast justice” has become acute.

Louis concludes that, in the context of a pandemic, appellate courts should defer to case management solutions employed by the lower courts in the interests of administrative efficiency.

The Louis approach may very well come at the cost of legalistic purity — but it may also amount to a necessity in the time of COVID-19.

Louis involved a motion to strike a jury notice.

In two motor vehicle accident actions to be tried together, the defendants filed separate jury notices. The trials were to be heard in April 2020, until the pandemic struck.

The plaintiff moved to strike the jury notices in the summer of 2020. At that time in Ottawa, no court was scheduling civil jury trials. However, judge-alone trials of three weeks or less were available. The motion judge granted the plaintiff’s requested relief.

After engaging in a detailed analysis of the status of civil jury trials in Ottawa, the court ordered that the two trials proceed before a judge alone, in three-week tranches. The motion judge observed that formal notice had already been given to the profession that civil jury trials would not proceed in Ottawa until January 2021. Only a small number of courtrooms in Ottawa, for example, were renovated to include the necessary plexiglass to prevent the spread of COVID-19.

On appeal, the Divisional Court reversed the motion judge’s order.

It held that the motion judge’s solution to strike the jury notice was arbitrary. In the Divisional Court’s view, the decision lacked an evidentiary basis. It was based solely on the motion judge’s stated concerns about the delayed trial and there was insufficient evidence of “actual prejudice to the parties.”

On further appeal, the Court of Appeal reversed. It held that the Divisional Court ought to have deferred to the motion judge’s discretionary decision to impose a pragmatic, efficient solution to move the case along in the Ottawa civil justice system.

The Louis decision constitutes an unprecedented decision for the Ontario civil justice system.

The court began its analysis by discussing why Hyrniak ushered in an era of civil justice reform. At that time, in 2014, the system was being “overwhelmed” and access to justice was imperiled. In the pandemic, these concerns were nothing but heightened.

The first few sentences of Louis illustrate the toll COVID-19 has taken on the efficient operation of the courts:

“… the COVID-19 pandemic has significantly reduced the availability of courtrooms. Trial courts have necessarily had to prioritize criminal and family law cases to the detriment to civil cases’ timely resolution. … Procedural reforms have been implemented to respond to the challenge, including increasing the use of electronic filing and electronic hearings … more fundamental changes in the operation of the civil justice system are being contemplated, such as the potential elimination of civil jury trials. … Judges of the Superior Court work tirelessly to keep the civil justice system afloat.”

Recognizing that the justice system is in an “unprecedented crisis,” the court held that intermediary appellate courts should accordingly defer to local and creative solutions for efficient case management.

This means that only in “rare situations” should an appeal court “overrule discretionary case management decisions.” Unnecessary interference in the lower courts’ practical application of the law to its local circumstances ought to be discouraged. The right to a jury trial was always subject to the motion judge’s discretion.

In Louis, at the time the motion to strike the jury notice was heard, it was unclear when a civil jury trial would be held in Ottawa. Judicial resources had to be allocated elsewhere at the outset of the pandemic. Accordingly, in the Court of Appeal’s view, the Divisional Court’s decision to uphold the jury notice was at odds with the reality of litigation in Ottawa and, accordingly, with the Hyrniak “culture shift”:

Local judges and not appellate courts, “are best positioned to understand the availability of resources and the appropriate approach in the circumstances of a given case.”

The message in Louis is clear: the litigation culture shift, particularly in a pandemic, requires lawyers and courts to adopt and show deference to pragmatic case management solutions.

While “fast justice” may come at the expense of non-compliance with legal tests and may promote a measure of arbitrariness, the Court of Appeal is willing to take its chances.

Local, creative solutions to trial management are to be given primacy. The proper functioning of the court system depends upon an idiosyncratic understanding of civil operations at the lower court level.