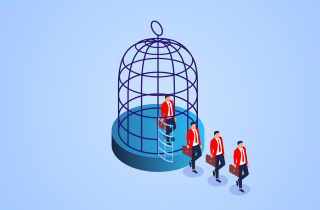 On Feb. 18,  the federal government tabled Bill C-22, an Act to amend the Criminal Code and the Controlled Drugs and Substances Act. The proposed amendments made in this Act are significant. It eliminates mandatory minimum sentences for a variety of offences. It allows judges to judge.

In a variety of cases such as R. v. Nur 2015 SCC 15, courts across Canada have been striking down mandatory minimum sentences. It is recognized in most literature reviews that mandatory minimum jail sentences do not provide the corollary of reduced recidivism. They generally only work to tie judges’ hands and highlight the grossly disproportionate results that can occur in certain cases.

Criminal law relies on the standard of proof beyond a reasonable doubt.This is an intentionally high onus. When the prosecution meets this onus, then a judge must determine a fit sentence.

Judges must not shy away from imposing significant sentences in appropriate cases. However, judges should be allowed to craft resolutions to matters which respect the unique factors involved in a particular case and a particular offender. Judges should show restraint. Jail must be reserved for the most serious crimes where no other alternative is available. Jail, on its own, is not likely to prevent recidivism without supports being offered to help the offender make better choices in the future.

Substance use as a coping mechanism is seen by criminal courts across Canada every day. Amendments in Bill C-22 include a declaration of principles around substance use being put into the Controlled Drugs and Substances Act (CDSA). It recognizes that “problematic substance use should be addressed primarily as a health and social issue.” It goes on to recognize that by treating, rather than punishing, that better outcomes may occur. Judicial resources should be reserved for matters that affect the public safety rather than personal use.

This declaration and recognition will be important going forward as a means to address many of the people who find themselves before the courts on a recurring basis. The changes with the justice system will not happen overnight, but this is an important first step to recognizing that there are better ways, both for the accused person and society, to deal with matters. It will be interesting to see, if these amendments to the CDSA are implemented, how criminal courts may also apply them to a wider range of criminal offences. While the principles are specifically being included only in the CDSA, their impact is likely to spill over and affect sentencing thinking amongst jurists dealing with other criminal matters.

A holistic approach to criminal matters can lead to better outcomes.The chief district court judge of New Zealand announced in November that it would be taking practices from specialist courts and applying them to mainstream criminal matters in a model called Te Ao Mārama. It intends to apply experience and methods from specialist courts that deal with criminal law from a different, and arguably better, perspective.

Treatment courts which can embed rehabilitative methods throughout the system are an example mirrored in Canada. Te Ao Mārama also seeks to involve culturally appropriate resolutions in all matters, recognizing that all people in New Zealand can benefit from the learnings of the Maori peoples.

Provincial governments with their mandate for health care and the federal government with its criminal law powers must work towards the best outcomes together. Too often matters get siloed under one heading or the other. When the systems work together, the right investments in health care can lead to significant rewards for the criminal justice system.

The cost of keeping a prisoner in jail for a day is significantly more than the cost of a day of treatment. There will be initial costs for such an undertaking but the long-term benefit will be realized in dollars saved but, more importantly, also in lives improved and safer communities