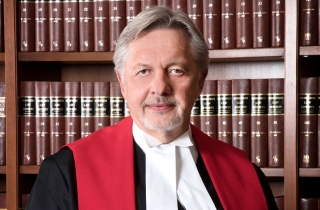 Saskatchewan’s Court of Queen’s Bench is postponing all April jury trials as the prairie province continues to battle the spread of COVID-19.

In a Feb. 18 directive, Chief Justice Martel Popescul states that, effective immediately, all jury trials scheduled to start between April 1 and April 30 “will be postponed.”

“Unless otherwise directed by the justice assigned to the trial, the adjournment of the jury trials postponed as a consequence of this Directive will be spoken to in Court or by video or audio conference on the date the matter was originally set for trial,” states Chief Justice Popescul.

This latest directive, which is “in response to the most recent information available concerning the public health risks posed by COVID-19,” applies to all Queen’s Bench “judicial centres throughout the province.”

For affected criminal cases, accused persons can apply for “re-election to trial by judge alone.”

“If the accused wishes to proceed on that basis, the trial may proceed during the scheduled time period (if there is no other bar to the matter so proceeding). If there is no re-election, the trial will be adjourned to a date after April 30, 2021. The Court will grant rescheduling priority to those cases that are adjourned.”

This follows the court’s postponement of all jury trials set to start between Jan. 1 and March 31, 2021.

It was reported in local media on Feb. 21 that the province reported that four more of its residents had died after testing positive for COVID-19.

Also as of that date, statistics from the government of Canada had Saskatchewan as having the highest national rate for active cases, at 142 per 100,000 people. As of then, the national average was 83 per 100,000.