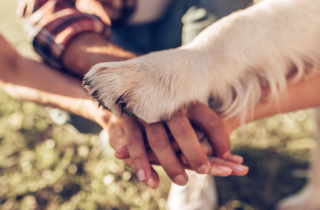 Animals treated as property under law in ‘pet custody’ cases

I am writing this on Family Day, 2021, and animals are still property under the law even if the vast majority of people consider their companion animals, pets, to be family. Save for a few outlying cases over the years that are usually not followed, judicial decisions revolve around companion animals as personal property, of ownership. We do have court cases in Canada going back 40 plus years where “joint custody/access” and “best interest” considerations have been considered by our courts. (For more information, please see: Creativity called for in dog, cat, custody battles.)

There is certainly still room for principled legal creativity, depending on the facts and evidence. Part of my job as an animal law lawyer and educator is to see how the law may better consider the needs or interests of animals, treat animals as more than property, but some recent court cases, not only lower court decisions, demonstrate that pet “custody” cases are primarily going to be looked at as property equations.

The B.C. Supreme Court recently considered which spouse got to keep the dog called Kona, in a family law case and outlined the law on the issue (F.K.L. v. D.M.A.T. [2020] B.C.J. No. 1382). In ultimately choosing one spouse over the other, the court acknowledged deep attachment to the dog, but on termination of a relationship, a dispute becomes a division of assets, property issue. Justice Geoffrey Gomery firmly stated that the court has “... no jurisdiction to approach the matter as a problem of ‘custody’ (much less parenting) stating that:

Ownership of the Pet Dog

141 While spouses may be deeply attached to a pet, in law the pet is personal property of one or the other or both spouses; Thompson v. Thompson 2005 BCSC 1604 at para. 4; Brown v. Larochelle 2017 BCPC 115 at paras. 11-14. Deciding which spouse will have the pet on termination of a spousal relationship is a problem of division of assets. The court has no jurisdiction to approach the matter as a problem of  “custody” (much less “parenting”).

142 In this case, the pet is Kona, a 6-year-old dog brought into the relationship by Mr. T. Kona passed back and forth between the parties several times following the separation, and has been in Ms. L’s possession since August 2018. Mr. T hoped for an arrangement under which Kona would accompany A back and forth between the households, but Ms. L was not agreeable. There is no evidence that Mr. T gifted Kona to Ms. L.

143 Part 5 of the FLA addresses the division of property on the termination of a spousal relationship. Kona is the only remaining contested property.

144 Pursuant to s. 85(1)(a) of the FLA, Kona is “excluded property”, that is, property that belonged to Mr. T at the beginning of the relationship and that continues to belong to him. If Kona increased in value during the relationship, the increase in value would belong to both parties, but there is no evidence of that.

In King v. Mann [2020] OJ. No. 87, the Ontario Superior Court had an understanding of animals as sentient, important and unique. However, after reviewing the case law in the context of deciding who should get to keep the dog Copper, the court stated that best ownership principles clearly applied.


69 The applicant says Copper was a gift to him and, although he has not seen him since he was charged with the breach in February of 2017, he loves him and wants him back. The respondent denies the gift, says Copper has always been her dog, and indicates she has no intentions of sharing him or letting him go. There was no suggestion that either party ever neglected Copper, and both concede that the other took good care of and loves the dog.

71 There is no dispute that the respondent purchased the dog. She was the sole owner. Therefore, the narrow question is whether the applicant has established on a balance of probabilities that her ownership changed. While there are several ways that could happen, the applicant spending time with the dog, spending money on the dog, and/or treating the dog generally as the family pet, would not affect a change in ownership: Warnica at paragraph 28, McIntosh at paragraph 11, and Baker at paragraphs 13 and 27.

In a recent B.C. case about who gets to keep the dog, it was held that a French bulldog had in fact been unconditionally gifted to one party. In Watts v. McDonald 2021 BCCRT 61 the pronouncement of the law was clear:

22. ... Under the common law pets are considered personal property (see Vallance and Brown v. Larochelle 2017 BCPC 115). I note that the parties argue that they each can provide the better home for the dog. I have not discussed these arguments here because the issue of pet ownership is not about who might be better able to care for it. The ownership issue I must decide is who has the best property claim to the pet.

In another 2021 case where a former couple fought over who gets to keep Caesar the dog, (Rogers v. Evanoff 2021 CCRT 102) the court again enunciated that in pet custody cases, it’s who has the best property/ownership claim to a pet, rather than who is a better guardian.The “best interests” test did not apply.

12. It is well established that the law considers pets to be personal property (see Brown v. Larochelle 2017 BCPC 115). Mr. Rogers filed evidence showing that he purchased Ceasar in July 2020, and he says that he raised and trained Caesar. None of this is disputed by Ms. Evanoff.

13. Ms. Evanoff submits that it is currently in Ceasar’s “best interests” to stay with Mr. Rogers. She says she has moved away, and her lifestyle would not support having a puppy. However, from a legal standpoint, pet ownership is not about who might be better able to care for it. Pet ownership is about who has the best property claim to the pet.

14. ... I find on the evidence before me that Mr. Rogers has proven he has the best ownership claim to Ceasar.

Many of my animal law cases, including pet custody disputes, do not end up being decided by a court. Cases routinely settle out of court, some even amicably(!) and there is also the option of tailoring a private agreement primarily to account for the best interests of the furry family member. Let’s review next Family Day.