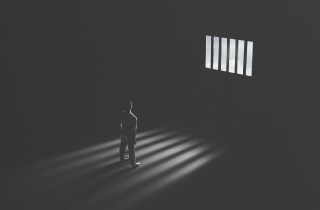 Matthew Michel has filed a lawsuit against the government of Saskatchewan for the abuse Michel alleges he suffered while imprisoned as a teenager. Michel is a 25-year-old Indigenous man currently imprisoned at a Saskatchewan penitentiary. Michel had a traumatic childhood and historically struggled with mental illness including auditory hallucinations.

Between the ages of 13 and 18, Michel was imprisoned on several occasions at Kilburn Hall Youth Centre in Saskatoon and Paul Dojack Youth Centre in Regina. The suit alleges that during this time Saskatchewan failed to provide adequate mental health care and repeatedly unlawfully restrained Michel in a full body harness. The suit claims the intentional and negligent actions of Saskatchewan and its employees have caused Michel to suffer serious infringements of his constitutional rights, as well as severe physical and psychological traumas.

When restrained in the full body harness, Michel claims he was forced to sit at a right angle with his hands bound behind his back and his legs and ankles bound in front. The suit alleges that Michel was left confined in the full body harness for extensive periods of time. It says that while bound he was mocked racially, denied water and neglected to the point he would soil himself.

Michel says that his confinement in the full body harness was often instigated by a banging sound on his door. Michel’s auditory hallucinations were undiagnosed at the time. The suit alleges Saskatchewan failed to investigate and treat these auditory hallucinations. It says that instead of receiving treatment, Michel was repeatedly restrained in the full body harness. Consequently, Michel does not know whether the banging was real or perceived.

Michel’s lawyer, Jeffrey Hartman, says that Michel has suffered permanent, ongoing psychological injuries as a result of being placed in the full body harness. Hartman specializes in prison law and says that Michel’s case raises an important social and legal issue that follows recent developments in Iowa. There, U.S. Federal Court Justice Stephanie Rose found that the manner in which the full body harness was used constituted torture. Hartman says he struggles to see the utility in applying the full body harness to a youth in crisis. He stated, “it may, after a time, succeed in subduing a youth but at what cost?”

Sadly, Michel’s story is not uncommon. Indigenous people are severely overrepresented in prison, both as youth and adults. According to Statistics Canada, in 2018, Indigenous youth made up 43 per cent of admissions to correctional services while only representing eight per cent of Canadian youth.

Significant change is needed to address the issues faced by Indigenous people in the Canadian prison system. No child or adult should have to endure the cruel punishment, prejudice and lack of care the Michel alleges Saskatchewan subjected him to. The rights and freedoms guaranteed by the Charter are not lost at the prison doors. It is up to people like Michel and his lawyer to weaponize these rights through litigation and bring about change.

Thomas Haughian is a second-year law student at the University of Victoria. Growing up in Vancouver, Haughian studied business administration which sparked his interest in the law and in particular the practice of business law. You can reach him at thomashaughian@gmail.com.