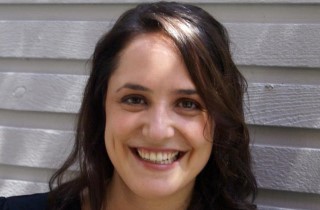 The havoc wreaked upon the legal system by COVID-19 has been well-documented, as filing goes electronic and hearings are held by platforms like Zoom. And research out of British Columbia shows this has led to a shift in thinking on immigration detention matters as COVID-19 has become a consideration when determining whether detainees should be released, a shift which is being called monumental because in the past a condition of detention would not be something decision makers would have likely taken a look at.

The genesis of the research began when immigration and refugee lawyer Molly Joeck started corresponding via e-mail with her colleagues about how COVID-19 could be argued as a condition of detention to justify the release of detainees. She said it became clear to her that various lawyers had raised the argument and it had been a factor that pushed members of the immigration division (ID) of the Immigration and Refugee Board (IRB) to order release.

“And then right in the midst of that I was working with a particular detainee whose detention review was upcoming, so I raised similar COVID arguments that some of my colleagues had raised,” said Joeck, who is also a PhD candidate at UBC’s Peter A. Allard School of Law. “And sure enough, I found the member was very open to considering them and in ordering release explicitly relied in part on the fact that COVID posed a risk to detainees’ health and therefore release should be ordered to an environment where detainees would be less at risk for exposure to COVID.”

Joeck said she found the board’s position interesting because pre-COVID the default position was the case law had made it quite clear that conditions of detention could not be considered during detention review hearings.

“So, if you raised a condition of detention, some way in which a facility was impacting a detainee’s health or well-being, the board members’ response would typically be that it was not within their jurisdiction,” she said. “And suddenly when these COVID arguments were being raised, the board members were open to listening to these arguments and relying on them in their decisions.”

So Joeck and Efrat Arbel, an associate professor at UBC who specializes in immigration and refugee law, began to look further at how COVID-19 was being treated in review hearings. And as the pandemic led to COVID-19 spreading in correctional and immigration detention centres, their research showed a shift in the conduct of the immigration division in terms of considering COVID-19 as a factor justifying release from immigration holding centres or correctional facilities.

Arbel characterized the shift as “monumental.”

“Immigration detention is really characterized by this ‘us versus them’ mentality — the notion in which the immigration detainee comes in as a threat to the nation and is somebody who needs to be contained,” she said. “And that does not reflect the lived experience of those of us who actually work in this area. Very few immigration detainees, many of whom come in as refugees seeking protection, pose a risk to the public in the way that is frequently spoke of in these decisions.”

The results of Joeck and Arbel’s initial study is being published as a chapter in an upcoming book on the law and politics of migration, scheduled to be released in April 2021. And the duo has also secured grants in order to continue their research. But building their data sets was no easy task. Joeck said detention review decisions, like all decisions of the board, are not presumptively made public so to be able to access them you have to send an access to information (AOI) request, so Joeck reached out to her colleagues in Vancouver and got 17 decisions issued between March and May 2020 in a relatively short period of time.

“We would have liked a bigger sample size but that is what we had to work with, and we thought it would be enough to at least draw some preliminary conclusions and ask some questions for future research,” she said. “The intent is to continue with the project and look at a much larger data set to see how COVID figures into the detention decision process because it is part of the reality of detainees now.”

Joeck said the various decisions now provide a much firmer ground for counsel to raise conditions of detention as part of the review process but noted COVID-19 is an extreme circumstance so it is by no means certain that this trend will continue.

“I am not sure if board members will take the same approach when faced with someone who is diagnosed with schizophrenia, for example — I think there may be some hesitancy on the part of the immigration division on how to approach cases like that,” she said. “So, there are a lot of question marks, but I think this shows that there are possibilities that have opened up and there are arguments which can be made. There will have to be concerted efforts on the part of advocates to make this materialize, but hopefully we will see some real positive effects from this new case law and this shift that the pandemic has brought about.”

It is “heartening” to see the immigration division make decisions which recognize the alternatives to detention, said Arbel. She also noted prior to this shift there were other developments of the law surrounding whether or not conditions of detention can be raised as a basis to be released (such as the Federal Court of Appeal’s decision in Brown v. Canada (Minister of Citizenship and Immigration) 2020 FCA 130), so “it would not be accurate to say the shift in thinking was entirely COVID-related.”

“But in the decisions we evaluated, we saw that decision makers were willing to view the detainees as vulnerable individuals, people who are facing a risk to their health and are scared,” she said. “It was interesting to see in the grave form of this pandemic that the immigration division members were more able to recognize instances of vulnerability and respond to them. I think it is really important to recognize that this pandemic has ushered in such profound and extreme human rights violations to migrants across the globe that the pandemic has enhanced the vulnerability of migrants, and to see in these decisions a shift in thinking that provides a small measure of protection to these migrants is something worth recognizing and acknowledging.”