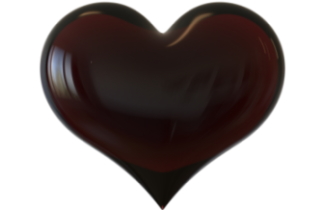 On March 2, 2021, Bill 245, the Accelerating Access to Justice Act, passed its second reading in the Ontario legislature. There remains to be a third reading before the Act can receive royal assent, but from reading the Hansard debates, it is optimistic that Bill 245 will become law.

As wills, trusts and estates practitioners it is important to note these changes to the legislation — in particular, the change in legislation regarding wills and the marital status of the testator.

Marital status and the SLRA

Schedule 9 of Bill 245 has proposed amendments to the Succession Law Reform Act (SLRA).

The following are the proposed changes to be made to the sections in the SLRA relating to marital status:

As some estate litigation practitioners may have experienced, an unfortunate situation can occur when an elderly testator marries a significantly younger spouse. Unless there was a declaration in contemplation of marriage, the elderly testator’s previous will is revoked, leaving the beneficiaries a difficult journey to regain their inheritance, and almost always at a cost. Unless a new will is created, the new younger spouse jumps to the front of the line and if a new will is actually created, it may be the case that the new will is borne from coercion or undue influence. This was the case in Banton v. Banton [1998] O.J. No. 3528.

Problems with current law as in Banton v. Banton

Banton is a classic example of predatory marriage. In Banton, 88-year-old George Banton met a 31-year-old woman named Muna Yassin, and they had “… formed a friendship, which quickly developed into a close attachment ... .” After surgery for one of his many physical ailments, Banton’s doctor assessed and issued a Certificate of Incompetence. Shortly after the declaration of incompetence, Banton, with Yassin, withdrew $10,000 from his bank account and attempted to cash more of his cheques.

When his children discovered the withdrawal and attempted withdrawals, they, as Banton’s attorneys for property, put everything in a trust to protect his assets. The trust was created similar to Banton’s will executed in 1991. After the withdrawals were stopped, Yassin married Banton and he made a will that left everything to her.

Based on the evidence, the court found Banton’s will that left everything to Yassin to be invalid because he was incapable and it was procured through undue influence. Unfortunately for the children, the court found that the marriage was valid.

A problem with respect to capacity is the lower standard required for the capacity to marry as compared to the capacity to make a will or appoint a power of attorney. The act of marriage may be simple to understand and carry a lower bar for capacity (although when is love ever that simple), but there are still consequences to marriage that invoke financial repercussions in some instances, as seen above.

For individuals with less time — such as the elderly — marriage is extremely problematic as marriage more than likely revokes a will. For people with more time in their lives to make a new will, this is not as big of a problem as compared to older individuals (but everyone should endeavour to have a will — see our previous article: Estate COVID problems part two: The importance of a will).

It is because of the revocation in s. 16 that makes the elderly extremely vulnerable to predatory marriages due to factors that include, but are not limited to, the deterioration of the mind and body and loneliness. The elderly become likely targets for parasites that need to only come into a senior’s life for a short period of time to steal a large amount of money from rightful beneficiaries. Yassin was married to Banton for just over a year and a half.

Why the new law is better than status quo

If the revocation by marriage is repealed, then the Banton estate would not have lost money to a predatory marriage. They would have been successful in the will challenge, and Banton would not have died intestate. He would have died subject to his true testamentary intention as in his previous will where he was capable. His five children and 18 grandchildren would not have given up a part of their inheritance to an outsider.

From the Hansard, MPP Robert Bailey addressed the floor and advocated for Bill 245. He stated the bill’s intent to combat predatory marriages through the s. 16 amendment “the proposed changes in Bill 245 that will benefit seniors who may enter predatory marriages.”

This amendment may not rid Ontario of predatory marriages, but it is a good place to start.

Kim Gale is an estate litigation lawyer and principal of Gale Law, an estate litigation firm in Toronto. She can be reached at 416-868-3263 or kgale@galelaw.ca. She is the author and creator of the blog Law for Millennials — The Complete Beginners Guide to Law and is co-founder of diversity and inclusion group NCA Network. Malvin Seto is an associate estate litigation lawyer at Gale Law. He can be reached at (647) 793-6458 or mseto@galelaw.ca. Since graduating from Queen’s Law in 2019, he is currently pursuing his TEP designation.