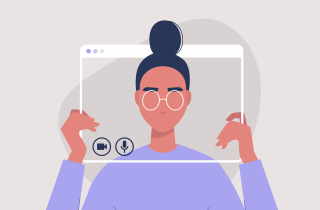 With new technologies, new challenges arise. The last year has seen adoption of technology in the court system on an unfathomable scale. Things which required in-person appearances for centuries transitioned to virtual appearances in a matter of weeks. The stresses were substantial but the growing pains have been largely beneficial.

Many of the technical bugs have been worked out or are individual to a particular case or user of the system. No lawyer wants to have to explain to a judge that they “are not a cat,” but these mistakes are usually individual and relatively easy to deal with.

However, the changeover requires court participants to review how we interact. Traditionally, courts have been in-person affairs. The solemnity of the occasion is brought home by the location, the formality and the closeness that a courtroom provides. Assessment of credibility and determining possible influence on a witness are things judges and lawyers have been trained to do.

Significantly, the training relates to the witness before you, not so much a witness on a screen. While video links have existed for years, their use was restricted to certain cases. While quite common in cases involving sexual abuse of minors and the examination of experts, the issue of video in each of these examples tended to be offset by certain other protections.

In the case of sexual abuse cases, the impetus is to protect the complainant from the accused. The lawyer is usually able to attend in the room with the witness if they feel it necessary. The location from which such a witness would testify is a controlled environment with the attendance of support persons being codified and controlled through the court’s process.

Expert witnesses, as a class, are different. They are usually professional witnesses and their dispassion to the outcome of a case is expected. The worries around credibility and coaching are not present in the same way when an expert is expected to present evidence in a particular manner and is expounding on the subject matter of their expertise.

Video links from locations outside a court-controlled location or an expert’s office were less common. Now, with the rise of virtual courts and technology like Zoom, courts are being invited into the houses of people on a daily basis. Each day, pets, children and sights which a court would never otherwise have seen are making virtual appearances in court.

A recent case of State v. Harris, in Sturgis, S.D., highlighted the more concerning issue of where litigants are located. In that case, the complainant was testifying via Zoom in a felony charge of assault with intent to commit bodily harm of Coby Harris. The prosecutor noted that the complainant kept making glances to the side and pausing while answering questions, at the same point that the accused seemed to be making movements. The prosecutor’s worries were confirmed by police attending the complainant’s location and finding that the complainant and accused were together in an apartment, seemingly colluding in their evidence in an attempt to have charges concluded in the accused’s favour.

Closer to home, in Lenihan v. Shankar 2021 ONSC 330, the court had to deal with the testimony of a witness appearing via Zoom. The court “disqualified that young man’s evidence when it became clear that he was not who he was presented to be. He had no independence and had the appearance of a student. He read answers to prepared questions and then in cross examination looked at his phone.”

At the same time, Indira Shankar was on her phone or outside the view of the camera. When I required Indira to step into the frame of the camera “Mr. Rao” froze his screen and was no more. Indira offered nothing further on behalf of her witness. It seems that “Mr. Rao” was being directly provided with answers to questions by Shankar in real time.

With parties to litigation no longer appearing in the controlled environment of a courtroom, judges will need to be vigilant to ensure that witness coaching or influence does not take place.

Judges maintain control of their courtroom, even when that courtroom extends virtually beyond the environs of the courthouse. In certain cases, courts may need to consider the use of multiple, or different, camera angles to determine that the witness is alone, not being coached and also to allow the court to see the body language of the witness.

This will allow the court with the best ability to assess credibility. These sorts of issues should encourage courts to be careful moving forward but such challenges can be overcome with due thought.