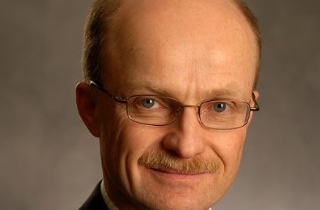 Nova Scotia court to up its use of livestreaming

In the name of maintaining the open court principle, the Nova Scotia Court of Appeal is increasing its use of webcasting for the next several months.

Over the last year, like their counterparts across the country, Nova Scotia’s courts have either reduced operations or altered procedures as part of extensive efforts to curb the spread of COVID-19.

This included limiting physical access to courthouses to only those working in the buildings, those directly involved with a proceeding or those with a specific appointment. Courts also began relying extensively on remote communications.

According to a March 18 notice, physical access is still restricted. Courts, therefore, remain closed to the general public.

With this, the court has decided to livestream more appeal hearings between March and June, “where it is appropriate to do so.” For each case, the presiding panel of judges will make the call as to what matters will be webcast. Those where there is a publication ban will not be considered.

“Having open courts is a hallmark of our justice system,” said Appeal Court Chief Justice Michael Wood in the notice. “It is important that the public be able to see court proceedings and have confidence that matters are not being decided behind closed doors. Appeal hearings lend themselves well to the livestreaming format and we hope to be able to expand this option as more resources and technology become available.”

The first matter to be broadcast this term will be on March 23, at 10 a.m.

The notice points out that Nova Scotia’s Appeal Court “was the first in Canada to webcast its proceedings, starting in 2008.”

“Since then, the Court has livestreamed dozens of appeal hearings and the initiative has expanded to include certain types of proceedings in the Supreme Court of Nova Scotia,” it goes on to state.