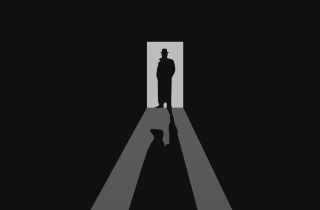 In September 2020, an assistant deputy minister at the Ministry of the Solicitor General sent a memorandum to municipalities across the province of Ontario providing information and advice on the enforcement of the Reopening Ontario (A Flexible Response to COVID-19) Act, 2020, S.O. 2020, c. 17 (ROA).

The memorandum’s author correctly stated that a police officer, special constable, or First Nations constable had the power to order premises be temporarily closed if such an official had reasonable grounds to believe that an event or gathering on such premises was being held in violation of certain gathering limits. (At the time, the source for the enforcement power mentioned by the author of the memorandum could be found in O. Reg. 364/20, Sched. 3, s. 6 (1), and the requirement to comply appeared within the same order. The ROA and its underlying orders have been amended since and the power to close premises now appears in s. 9.1 of the ROA itself.)

However, the memorandum went on to state, “Individuals who are required to leave the premises, but do not, may be ticketed or charged under the offence provisions of the ROA or charged with obstructing a peace officer under the Criminal Code of Canada.”

The trouble with the advice from the Ministry of the Solicitor General is that it appears to contradict previous rulings from the Supreme Court of Canada and the Ontario Court of Appeal about what constitutes a criminal obstruction of a peace officer in the context of the enforcement of provincial offences legislation.

In R. v. Sharma [1993] S.C.J. No. 18, an individual had been accused of committing a provincial offence by selling flowers in violation of a municipal by-law. A police officer charged the accused with the by-law offence under the Provincial Offences Act, R.S.O. 1980, c. 400 (though by the time the case made its way to the Supreme Court of Canada, the court also made reference to the Provincial Offences Act, R.S.O. 1990, c. P.33), and told the accused to cease the offending activity. The accused persisted, and the police officer charged the accused with obstruction of a peace officer contrary to s. 129 of the Criminal Code, R.S.C. 1985, c. C-46.

While the bylaw itself was determined to be ultra vires to the municipality to enact, Justice Frank Iacobucci wrote for the court at para. 33 that “… the police cannot circumvent the lack of an arrest power for a violation of the by-law by ordering someone to desist from the violation and then charging them with obstruction. The power to arrest in order to enforce the bylaw cannot be inferred in the face of clear language in the Municipal Act and the Provincial Offences Act setting out more moderate means of dealing with repeated infractions.”

Sharma was considered in R. v. Hayes [2003] O.J. No. 2795 (C.A.), this time in the context of an accused who had disobeyed an order of a police officer to surrender a motorcycle helmet for inspection under s. 82 of the Highway Traffic Act, R.S.O. 1990, c. H.8 (HTA). In writing for the court, Chief Justice Roy McMurtry agreed with the Crown’s submission that the driver of the motorcycle had a “plain duty” to surrender a helmet for inspection when so ordered by a police officer. However, at paras. 41, 42, he rejected the Crown’s submission that the fact the officer in the case was exercising a statutory power to inspect the driver’s helmet could distinguish the case from Sharma, saying that the Crown’s argument overlooked the fact that the HTA allowed for a penalty in the form of a maximum fine of $1,000 for failure to comply with the officer’s order and “… addresses precisely the same misconduct that forms the basis of the charge of obstruct police: the refusal to submit the helmet for inspection.”

Whether viewing the Ministry of the Solicitor General’s September 2020 memorandum in the context of the state of the ROA when it was issued, or as of today’s date, the same considerations apply.

Then and now, s. 10 (2) of the ROA provides that a person is guilty of a separate offence on each day that an offence under s. 10 (1) of the ROA continues. This needs to be stressed: The statute addresses exactly what the available penalty is if the illegal conduct continues.

Simply put, s. 10 of the ROA sets out more moderate means of dealing with repeated infractions of the ROA by an individual, and addresses precisely the same misconduct that the Ministry of the Solicitor General says could form the basis for a charge of obstructing police.

This is not to say there is no effective way for the authorities to use force to enforce the ROA against someone who refuses to leave premises that law enforcement officers have closed and does not mind racking up numerous provincial offence citations. In the short term, the Ministry of the Attorney General could also make an application under s. 9 of the ROA to the Superior Court of Justice for an injunction and violation of any such injunction could be enforced using the contempt powers of the court. In the long term, a person who is convicted of an offence under the ROA can be subjected to a probation order under s. 72 of the POA which could include conditions to obey these types of orders or refrain from engaging in certain offences under the ROA.

But, a memorandum which advises municipalities that law enforcement officials can arrest individuals for engaging in conduct which is entirely addressed by the provincial statute that prohibits the conduct is troubling.

Given the legislative framework of the ROA, it is difficult to see how the advice from the Ministry of the Solicitor General is consistent with the established law on s. 129 of the Criminal Code, and this advice could be resulting in illegal arrests. Already limited judicial resources in the criminal courts have become even more strained during the COVID-19 pandemic, and those resources may be spent on charges that will either be withdrawn for lack of a reasonable prospect of conviction or result in an acquittal based on the principles found in Sharma and Hayes.

Marty Gobin is a partner at Gobin & Leyenson LLP in Oshawa, Ont. and part-time instructor at George Brown College, where he has taught courses on provincial offences, the law of evidence and criminal summary conviction procedures.