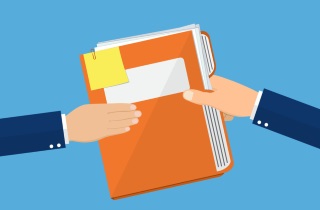 In the decision of Unifund Insurance Company v. Chartis Insurance Company of Canada (Jan. 14, 2021), arbitrator Bialkowski ordered broad documentary productions from a first-party insurer in the context of a loss transfer dispute. He predicated his decision on the relevance of the documents requested but also considered the reasonableness of the requests by the second-party insurer by weighing the probative value of the documents against the potential costs the first-party insurer would incur in fulfilling the requests.

The accident benefits claimant was insured by Unifund Insurance Company (Unifund). He was involved in a collision in 2013 with a tractor-trailer insured by Chartis Insurance Company of Canada (Chartis). As a result of the accident, the claimant suffered orthopedic injuries and an alleged traumatic brain injury. There was a dispute as to whether he suffered psychosis/schizophrenia.

Unifund paid accident benefits to its insured and sought loss transfer from Chartis pursuant to s. 275 of the Insurance Act and s. 9 of O. Reg. 644.

Chartis questioned the reasonableness of the lump sum settlement payment and refused indemnity. In particular, Chartis questioned Unifund’s assessment of the risk that the claimant would be deemed catastrophically impaired based on the available medical documentation.

Chartis requested numerous documents from Unifund to assist with its assessment of the reasonableness of the lump sum settlement payment, including: unredacted log notes; all internal communications of Unifund regarding the claim; the transcript of the examination under oath of the claimant; legal opinions; the licence appeal tribunal (LAT) pleadings; a breakdown of how each of the settlement amounts were reached; the curriculum vitaes of the file handlers; and a sworn Affidavit of Documents. (For particulars of the documents sought, see para. 3 of Unifund Insurance Company v. Chartis Insurance Company of Canada.)

Arbitrator Bialkowski adopted the “relevance” test outlined by arbitrator Samis in Royal and SunAlliance v. Wawanesa (April 17, 2012), such that if a document is not protected by privilege and is relevant to the issue in dispute between the parties, it should be produced in a loss transfer proceeding.

Arbitrator Bialkowski also agreed with arbitrator Novick’s decisions in Portage La Prairie Mutual Insurance Company v. Royal and SunAlliance Insurance Company of Canada (Feb. 13, 2017) and Wawanesa v. Zurich (Jan. 25, 2019), in which she found that any documents or notes in the first-party insurer’s file that can reasonably be expected to illuminate claims handling decisions and the criteria applied in determining payments of benefits should be produced to the second-party insurer in loss transfer matters where the quantum of indemnity is in dispute.

An additional factor arbitrator Bialkowski considered, in addition to relevance, was the costs involved to provide the additional information weighed against the probative value of the information sought.

Arbitrator Bialkowski granted the majority of the production requests made by Chartis, ordering that Unifund deliver its accident benefit claims file in an organized fashion. Although uncommon in loss transfer and priority disputes, given the contentious privilege issues in this case, it was ordered that an Affidavit of Documents be drafted and produced by Unifund, if requested.

Arbitrator Bialkowski ordered production of the unredacted log notes, internal communications, the examination under oath transcript, the LAT pleadings and a breakdown of how the settlement amounts were reached. He gave specific reasons for each request, but the overall theme was that the documents requested were relevant and their probative value outweighed any costs associated with producing same.

However, arbitrator Bialkowski refused to order the production of the job titles, job descriptions, and CVs of the members of Unifund’s First Loss Review Team and Large Loss Review Team, finding that these requests were unreasonable when considering the costs involved with providing such information versus the probative value the information would hold for Chartis.

He also found it would be unreasonable to require that each individual involved in the Unifund file search their e-mail history for communications, only ordering production of internal communications readily available in the accident benefit file, subject to privilege.

Arbitrator Bialkowski also ordered an examination under oath of one adjuster/file handler of Unifund, to be chosen by Chartis. He noted that it would be unreasonable to order examinations under oath of multiple adjusters involved in the claims handling, but Unifund may agree in order to avoid the potential of extensive undertakings.

Furthermore, the arbitrator commented that if the examination under oath revealed that Unifund had relied on a legal opinion to determine payment of any of the disputed benefits, then the production of the legal opinion relied upon would be ordered.

Arbitrator Bialkowski followed the reasoning of Justice Paul Perell in Creative Career Systems Inc. v. Ontario 2012 ONSC 649, and arbitrator Novick in ING Insurance Co. of Canada v. Insurance Corp of British Columbia. In both cases, a first-party insurer attempted to defend a decision it made on the basis that it was following legal advice, but it was held that the solicitor-client privilege protecting the opinion was implied to be waived because the state of mind of the first-party insurer which was at issue was guided by the legal opinion.

This decision provides valuable direction regarding the scope of documentary production a first-party insurer can expect to make in a loss transfer dispute. While the issue of “relevance” is often the focus of arguments on preliminary hearings regarding documentary productions, counsel should also plan to advance arguments regarding the probative value of the documents requested versus the costs the first-party insurer will bear in fulfilling the requests.

Furthermore, this decision reminds insurers and defence counsel retained in first-party accident benefit matters that written opinions providing strategic legal advice may be relevant and producible in the context of a loss transfer dispute where reasonableness of benefits paid is at issue, if the first-party insurer relied on the opinion of counsel in determining the settlement value of the accident benefit claim.

Colleen Mackeigan is an associate at Rogers Partners LLP. She practises a wide range of civil litigation with a focus on first-party accident benefits claims and disputes between insurers.