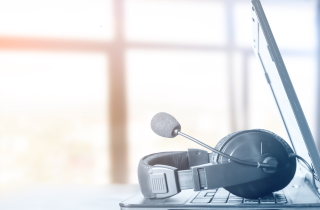 Confidence in virtual proceedings is important for the justice system now that it seems clear that virtual is going to be a part of how civil, criminal and administrative hearings in Canada, and globally, will be conducted long term, even after the COVID-19 pandemic is behind us.

It therefore also is important that those of us involved in the justice system — lawyers, judges, court and tribunal administrators, legal publications and legal journalists, administrative tribunal members, arbitrators and mediators — assist to build legitimate confidence in virtual proceedings both among others involved in the justice system, and most importantly, among the public.

Those involved in delivering virtual proceedings, most significantly those who provide virtual proceedings services and support, have learned what could go wrong both technologically and through “the human factor.” They have developed solutions and improved ways of doing things to reduce the chances of a problem and to remedy problems that occur.

It has been an incremental process of learning from days and days of virtual hearings experience, with hundreds of participants, and improving processes and systems, ascertaining the most suitable hardware, software and support equipment, and training virtual case managers and in turn virtual hearing participants.

Best practices are evolving continually, as are the hardware and software involved in virtual hearings. Following these best practices reduces the risks of problems in relation to virtual hearings. It is important that we be aware of these potential problems — but it is even more important that we know that the risk of them can be materially reduced, and we know that technology and procedures are available to do so.

Within the world of arbitration, numerous detailed protocols have been developed and refined to reduce the risk of problems. Likewise, courts are developing protocols, engaging in training and sharing knowledge and best practices, including accessing those developed in other court systems and in the private sector.

Since March 2020 when Arbitration Place moved into virtual literally within days of the declaration of the pandemic, it has hosted more than 1,000 proceedings, involving more than 20,000 hours of hearing time, including for Ontario courts (and courts in other jurisdictions). Currently it has 40 virtual case managers. A year ago, it had none. Stewart explained: “When there is a concern about a witness who may ‘cheat,’ we are able to provide 360-degree cameras, focus cameras on the witness from behind as well as in front, block everything coming to the witness’ device except the platform on which the proceeding is being conducted, and deploy other procedures and technology to materially reduce the risk.”

When the “I am not a cat” video went viral, Arbitration Place produced a YouTube video explaining that an independent virtual proceedings specialist would have been able to assist to solve the problem as soon as it happened.

While we can have fun with that kind of mishap, and while we react in horror to the rare instances of abuse of a public proceeding by an intruder or participant (“Zoom bombing”), incidents like that are now rare. Importantly, the risks can be materially reduced with procedures developed through experience and certain technology solutions.

We should not forget the important contribution that virtual hearings are making to open justice. Court proceedings in which the public is interested have been streamed live on YouTube, starting as soon as courts began conducting virtual proceedings.

The recent verdict in the trial of Alek Minassian arising from the Toronto van attack was delivered over Zoom. Justice Anne Molloy found him guilty on 26 counts. Over 6,000 people watched the delivery of the verdict live on YouTube. This kind of open justice in Canada was rare, if not non-existent, a year ago.

All of us involved in the justice system — both the public system and the private system — should pause and make a personal professional commitment to assist to build confidence both among others involved in the justice system, and most importantly, in the public. One way of doing that is to make it known that solutions and risk reduction methods are available, and how to access them.