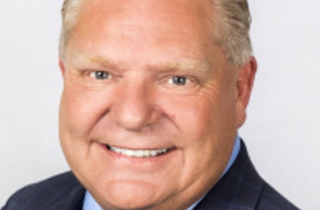 Faced with a growing flood of ICU patients stricken with more infectious COVID-19 variants, Ontario is implementing an “emergency brake shutdown” across the province for at least one month effective April 3 at 12:01 a.m. — but a group of ICU physicians says the measures do not go far enough.

According to an April 1 government news release, current COVID-19 related ICU admissions have already surpassed the peak seen during the second wave of the pandemic and hospitals in hotspots like Toronto and Peel Region are expected to cancel more scheduled surgeries. Driven by COVID-19 variants, provincial case rates increased by 7.7 per cent to 101.1 cases per 100,000 people in only two days, from March 26 to 28, the release noted. COVID-19 related ICU admissions are projected to exceed 650 beds in a few weeks, up from the current level of about 430.

Ford noted that the variants, led by the so-called U.K. or B.1.1.7 strain, present twice the risk of hospitalization as the original version of COVID-19 and a 1.5-times higher risk of death, including among younger people.

The emergency brake shutdown restrictions will be similar to those stipulated in the Grey-Lockdown level of the government’s COVID-19 emergency response framework, with some minor differences. The framework will be paused when the emergency brake comes into effect, said the news release.

Personal care services, including hair salons and barber shops, will remain closed, along with all indoor and outdoor dining. Restaurants, bars and other food or drink establishments will be restricted to take-out, drive-through or delivery service only. Day camps and facilities for indoor or outdoor sports and recreational fitness, such as gyms, must also close, with limited exceptions.

Weddings, funerals, and religious services, rites or ceremonies will be limited to 15 per cent occupancy per room indoors, and to the number of individuals that can maintain two metres of physical distance outdoors. Social gatherings associated with these services such as receptions, are not permitted indoors and are limited to five people outdoors.

“Implementing a provincewide emergency brake was not an easy decision to make and is not one we take lightly,” Deputy Premier and Minister of Health Christine Elliott said in the news release. “As we continue to vaccinate more Ontarians, the end is in sight, but right now these necessary measures will help to stop the spread of variants in our communities, protect capacity in our health care system, and save lives.”

But in a letter to Ford, Elliott and Ontario’s chief medical officer of health, Dr. David Williams, 153 ICU physicians urged the government to quickly respond to the surge of COVID-19 variants with more aggressive public health measures.

“We cannot allow this virus to run free in our population and hope that the expanded ICU capacity and field hospitals are enough,” reads the letter. “We cannot rely on the public health measures framework. It did not contain the less infectious, less deadly original variant in Wave 2 and it will not be enough to protect us from VOCs (variants of concern) in Wave 3.

“As ICU doctors, we are the last line of defence,” it added, “and we are ringing the alarm bell. Please hear it. We implore you to act now.”

In an April 1 interview with CBC News Network, Dr. Brooks Fallis, a critical care doctor who alleged in January that he was removed from his position as interim medical director of critical care at William Osler Health System for speaking out about the province’s pandemic response, expressed disappointment with the government’s shutdown announcement and said a hard lockdown that includes non-essential workplaces and schools is needed now to slow the rapid spread of the COVID-19 variants.

During the April 1 news conference, Ford said Ontario has been implementing the toughest public health restrictions in North America. Dr. Williams, responding to a reporter’s question, said that even though new COVID-19 case numbers continue to rise in provincial hotspots like Toronto, the Grey-Lockdown restrictions in those areas have helped slow the acceleration.

In an April 1 news release, however, Ontario NDP Official Opposition Leader Andrea Horwath accused the government of loosening restrictions in February against the warnings of its own science advisory table about the dangers of the third wave.

“Doug Ford’s fooling no one when he pretends things were looking ‘rosy’ in February,” Horwath said in the release. “The advisors he’s standing with today warned him that his actions would have dire consequences. This lockdown is all on you, Premier.”

“Instead of implementing measures to actually prevent people getting sick — like a comprehensive safe workplaces plan that includes paid sick leave and paid time off for essential workers to get vaccinated — the government’s only response is to shuffle COVID patients across the province,” he said. “It’s the usual reactive half-measures we’ve unfortunately come to expect.”