David Lametti, Canada’s minister of justice and attorney general, since taking over from Jody Wilson-Raybould, has become one of the most progressive justice ministers in recent memory and to an extent, Prime Minister Justin Trudeau’s “fixer.”

Early on, Lametti undid the Harper government’s policy of closing prison farms. Their closing had been criticized by the Kingston-area farming community as a retrograde step in the rehabilitation process by denying prisoners the ability to engage in meaningful employment while doing productive work.

At the end of March, Lametti announced the appointment of an independent Criminal Case Review Commission that will develop a meaningful process for consideration of wrongful convictions.

However, it is yet to be seen if Lametti will take on fixing a problem the prime minister acknowledged needed reform. The way Canada handles extradition requests has a long festering history.

A problem arises when government and the courts take a “hands off” approach where trial fairness and the humane treatment of prisoners is taken. Michael Lucian Gwynne was a Canadian national sentenced to serve 120 years in abysmal conditions in an Alabama prison. Gwynne faced extradition after his escape and return to Canada. University of British Columbia professor Michael Jackson argued forcefully that prison conditions were so horrendous in Alabama that it would be unfair to order Gwynne’s return. (Gwynne v. Canada (Minister of Justice) [1998] B.C.J. No. 222). Justice Minister Allan Rock and his successor, Anne McLellan supported extradition despite pleas for compassionate consideration believing international goodwill trumped a prisoner’s rights.

The Extradition Act was amended in 1999, but abuse of the prisoner continued. In 2014, Dr. Hassan Diab was extradited to France to face terrorism charges without substantial grounds to believe there was a strong case for his ultimate conviction. Diab spent three years, much of it in solitary before the French case fell apart and Diab was acquitted.

Another tragic ending occurred in the case of Michele Messina, a dual Canadian-American citizen who left Georgia for Quebec with her children in 2010 fearing her abusive spouse. While Canadian law would allow her to use the defence of necessity, that defence was unavailable in Georgia. The mother was arrested at a women’s shelter in Quebec and spent nine years in custody before the Supreme Court confirmed the surrender order (M.M. v. United States of America 2015 SCC 62). Minister Raybould-Wilson refused to intervene and Messina committed suicide three weeks later.

A fascinating challenge to the injustice caused by our Extradition Act was raised in a British Columbia court last week by Ottawa lawyer Gib van Ert. The United States is seeking extradition of Meng Wanzhou. The Americans are claiming that Meng lied during a meeting in Hong Kong with an English-Chinese bank, HSBC, about Huawei’s doing business with a subsidiary in Iran that could impact U.S. sanctions against that country.

Meng denies the allegation but van Ert claims subjecting a foreign national to U.S. laws when the acts took place outside the United States would be extending U.S. law extraterritoriality into Canada and would be an abuse of process.

The U.S. request for extradition was acted upon only two months after Lametti took over the justice portfolio.

If the British Columbia Supreme Court agrees with van Ert, Lametti may be spared fallout of enforcing a deeply flawed law and be able to actually take progressive steps at bringing it in line with Canadian values. 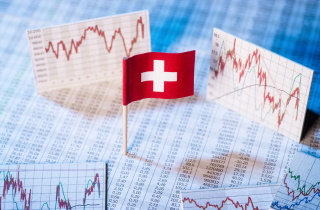