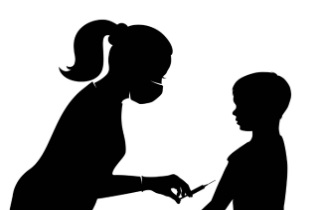 When it comes to separated parents undergoing divorce, the existing points of contention are usually numerous. And with the outbreak of the COVID-19 pandemic, as well as vaccine rollouts already underway across Canada, the decision on whether to vaccinate their child against the virus may become the next item on an already-long list.

While the COVID-19 vaccine has both government and mainstream public acceptance, there is no universal “right answer” for all parents and children. The family courts may still need to resolve any disputes, using the newly fortified Divorce Act framework in place since March 1, 2021, which entrenches the courts’ power to grant one parent the decision-making authority on vaccines, even over the objections of the other.

Drawing from a handful of prior decisions involving routine childhood immunizations, the courts have honed the applicable principles. One common theme is that courts will always look at both parents’ prior decision making around vaccines and health care, to determine which of them is best poised to make a well-informed, child-focused decision in the future.

The authority will usually be given to the parent who has an “analytical and evidence-based approach to health care decision-making” (see M.(G.) v. S.(S.) 2012 BCSC 1491); conversely, it will not be granted to the parent who, in the court’s view, has a “demonstrated resistance to medical advice” (see Faulkner v. McTaggart 2018 ONSC 5960) or who has shown a refusal to follow the objective medical evidence described by the children’s doctor (see Lidstone v. Simonar 2019 ONSC 2995).

In all cases, the parent who resists having their child receive a government-endorsed vaccine will need to provide cogent, medically sound evidence and be prepared to have the court scrutinize it. In B.C.J.B. v. E.-R.R.R. 2020 ONCJ 438 the court noted:


In almost all of the cases, the parent opposed to vaccinating his or her child, relied on inadmissible junk-science material, internet evidence from questionable sources, biased and misleading information from the so-called “anti-vaccination movement”, or even opinion evidence from persons with questionable qualifications to give that opinion in the first place. (See para. 162.)

Based on historical and recent rulings, family courts across Canada appear to focus on at least four areas of concern when making these kinds of rulings.

Naturally, a court will never impose vaccinations on a child without first taking a close look at evidence about the child’s unique health needs, medical status and any contraindications. The normal rules around evidence continue to apply. However, it has been noted that for most children the needed evidence is not onerous, and might simply consist of a letter from a family doctor. On the other hand, the vaccine-opposed parent’s failure to place any admissible evidence before the court would be dispositive (see B.C.J.B. v. E.-R.R.R. at para. 190.)

Next, the court will consider any personal or contextual health risks to the child. For example, in B.C.J.B. v. E.-R.R.R. the father wanted his unvaccinated 10-year-old child to immediately receive his immunizations against routine childhood diseases. He had recently changed his mind as to the benefit; the mother remained strenuously opposed.

The father worried that since the child’s overall immunity was never fortified, he would be more susceptible to COVID-19. Also, he feared his child would now be at greater risk if he had to be hospitalized after contracting a vaccine-preventable disease, especially in light of the current strains on the public health-care system.

In granting the father the decision-making power on vaccines against common diseases (though not against COVID-19, which was left for a future hearing), the court noted it was “unnecessary for the father to prove a link between the child not being vaccinated with existing vaccines, and an enhanced risk from COVID-19” (see paras. 117 and 119). It rejected the mother’s accusation that the father was trying to “leverage” the pandemic to create a false sense of urgency.

This is part one of a two-part series. Part two: Potential conflict of child vaccination during COVID: More areas of impact.