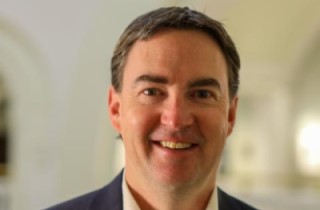 The Alberta government is looking to update the province’s occupational health and safety (OHS) code to keep pace with workplace change and technological advances — taking place in an environment in which labour and employment lawyers say has required them to look at health and safety issues through a different lens.

The code, which runs to hundreds of pages, is a regulation of the Occupational Health and Safety Act which has not been substantively updated since 2009. Provincial Labour and Immigration Minister Jason Copping said change is “long overdue.”

“Health and safety rules need to keep pace with changes to workplaces, standards, best practices and technological advances,” he said. “The human and financial cost of workplace injuries and illnesses is too high. By updating OHS code rules and making them easier to understand and follow, we can reduce those costs and ensure that every Albertan makes it home safely from work each day.”

Last year, Alberta brought in legislation to amend both the Occupational Health and Safety Act and the Workers’ Compensation Act, again with an aim to making it easier to understand for workers and employers. It allowed health and safety officers to dismiss complaints of questionable merit before starting an investigation and tweaks definitions and reporting requirements of potentially serious workplace incidents.

David Myrol, a labour and employment lawyer with Edmonton’s McLennan Ross, said Alberta’s decision to spread the review of the code over a three-year period makes sense due to its size.

“There have been attempts in the past to revive the OHS code in more of a comprehensive fashion but those attempts weren’t all that successful, and that is evidenced by the fact that we haven’t had a major revision of the code since 2009, despite having had two major revisions to the Act itself,” he said.

Jonathon Ward, who practises labour and employment law with DLA Piper in Calgary, said he feels the code is a bit out of step with its provincial counterparts on issues such as document retention.

“Document X has to be kept for Y years in British Columbia but is Q years in Alberta, and that becomes particularly hairy for employers with operations in multiple provinces,” he said. “And to me the number one thing that jumps out in the review of the code is what is going to be changed or added regarding the operation of joint work health and safety committees. So, if you look at the government’s stated objectives I think a lot of them are really good, particularly they want to make it easier to understand and apply and they want to empower worksite parties and promote an internal responsibility system.”

But Alberta’s review of the code comes at a time when workplaces, unions and lawyers are grappling with what occupational health and safety requirements mean during the COVID-19 pandemic. Myrol pointed to the issue of shortages of personal protective equipment (PPE) in workplaces such as the health-care sector, raising the issues of what the rights of workers were and the affordability of masks.

“We all thought we understood occupation health and safety legislation, and then we had the pandemic come along and it changed everything and it made us look at safety through a different lens,” he said. “Suddenly we are giving advice on possible life and death scenarios we had never contemplated before.”

Ward said the impact on his practice has been enormous.

“We see orders and requirements changing much more frequently, and they are coming from the chief medical officer of health’s office,” he said. “It was easy to take for granted the fact these requirements were all in a central location and now they come from various other locations.”

The province has also launched an online survey seeking the public’s input on ideas to improve and update the code. More information on the survey, which runs until May 10, can be found here.