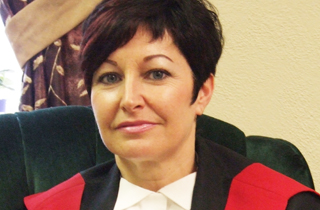 The directive applies only to provincial courts in Halifax and Dartmouth, and in-person proceedings outside HRM will proceed as scheduled, unless the presiding judge orders otherwise, according to an April 23 news release issued by the Nova Scotia Judiciary.

In-person appearances in Halifax and Dartmouth that were scheduled between April 26 and May 21 will be adjourned and rescheduled, according to the news release. Court staff will be in touch with counsel who have matters scheduled during that period with further information.

“Our bench has been in touch with public health officials about the developments in the Halifax region this week,” Chief Judge Pamela Williams said in the release. “We agree this step is a necessary precaution to ensure the safety of everyone working in or appearing before these Courts. We appreciate this is a difficult and stressful situation, but with patience and co-operation, we will get through it together.”

The release instructs those with scheduled appearances between April 26 and May 21 to not go to the courthouse. “Court staff will be in touch with you about rescheduling,” notes the release. “You will be required to attend court in person on the new date you are provided.”

Individuals who do not have a lawyer are encouraged to contact duty counsel at Nova Scotia Legal Aid. More information on COVID-19 directives issued by Nova Scotia’s provincial court is available here.

After weeks of detecting daily new cases in the single digits, Nova Scotia on April 25 reported 63 new cases of COVID-19 — 57 of them in the province’s central zone, according to an April 25 government news release.