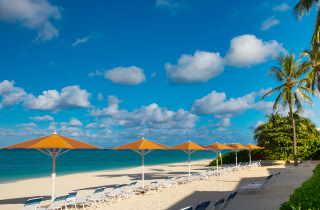 It certainly looks as if a federal election is around the corner. Nomination battles are ongoing,  Elections Canada is recruiting poll workers, and new federal leaders are running in byelections hoping to secure seats. Perhaps the most telltale sign of all, the federal budget of April 19 has many typical pre-election spending promises. If held this year, the 44th General Election will be Canada’s sixth federal election in 20 years. And while Canadians have voted in many unique situations, such as world wars and economic uncertainty, none will test our democratic resiliency more than going to the polls during the global health crisis known as COVID-19.

Regardless of the timing of the Canadian election, there are many examples of countries, regions or autonomous territories that have no COVID-19 outbreaks associated with the organization of the franchise. As of this writing, 154 parliamentary, presidential or local elections or referendums and four provincial or territorial elections have successfully taken place since March 2020. The last year at the polls has surfaced several trends: pandemic elections are expensive, logistically difficult and prone to court challenges. Despite these setbacks, some countries such as Montenegro, South Korea and the United States even saw an increase in voter turnout during their pandemic elections.

Elections Canada has published what can be described as a “wish list” as it pertains to an election during what is shaping up to be our third wave of the pandemic. While no one will argue that increased PPE, or enhancing mail-in ballots are not a good idea, we argue that Canada should draw inspiration from the area of the world they would most likely want to visit but may not consider an electoral powerhouse: The Caribbean.

Never mind the endless discussions about Turks and Caicos, the Caribbean is home to 15 independent countries comprising approximately 16 million citizens, 60 per cent of whom are under the age of 30, most of whom live in the exact same first past the post election and single member constituency parliamentary political systems as Canada, due to our shared colonial history with the United Kingdom. While Canadians may consider the Caribbean to be the place they hibernate during the colder months, we suggest their successfully held elections throughout 2020 and 2021 should be a model for Canada to emulate, and that the ingenuity and creativity displayed should serve as an example for larger democracies such as ours.

The following Caribbean countries have all had elections since the start of the pandemic. For the sake of this article, we will only focus on the Commonwealth countries who have parliamentary and election systems similar to Canada’s.

The 22nd general elections were called on July 3, 2020, to elect 41 members to the 12th Trinidad and Tobago Republican Parliament. Instead of COVID-19 being the main focus of the election, Trinidad and Tobago instead became a hotspot for female political candidates as Tracy Davidson-Celestine became the first woman to lead a Tobagonian political party and three of the main parties contesting the election were also led by women.

Interestingly, Trinidad and Tobago still uses the “finger ink dip” method to indicate that a voter has successfully voted, which prompted electors to post selfies of themselves with their blue fingers. In Canada, only the city of Vancouver and Elections Nova Scotia distribute stickers. Once dubbed “glorified participation trophies,” the research is clear that voting stickers do increase voter awareness about the election jurisdictions as have competitions for the best stickers. Elections Canada and local returning officers should always (legally) encourage social media posts, both for mail-in ballots and in-person voting and stickers are a cheap, safe and effective way to show voters they appreciate their efforts.

With a tiny population of around 53,000, elections were called on June 5, to elect the 15 representatives to the St. Kitts and Nevis national parliament. Many Canadian students and parents are familiar with SKN as it graduates doctors and veterinarians who practise in Canada and their post-secondary system did not close their campuses on the island when the pandemic started.

What is unique to St. Kitts and Nevis’ 2020 general election is its inclusion of an international observer mission from the Caribbean Community (CARICOM). While most observation missions for elections worldwide had all but halted as a result of the travel restrictions, St. Kitts not only felt that having international observers is an important mechanism to ensure free and fair elections but can be a vital tool to ensure that voting results are upheld. Currently, Canada only allows for “candidates’ representatives” at the polls, and clarification is needed as to whether or not they will be allowed to participate in the next general election. Canada could also allow for an international LOM (limited observation mission) as was allowed in the U.S.A. in 2020.

Because of this high level of transparency St. Kitts and Nevis is the only Caribbean country to receive congratulations from the United States Embassy for its successful election organization.

Jamaican politics has raised eyebrows in recent years for its deepening relationship with China, high crime rate and ongoing discussions to remove Queen Elizabeth as head of state. Despite the surge in coronavirus cases, the 2020 Jamaican elections to elect the 63 seats were called on Aug. 3, 2020.

Jamaica had the lowest voter turnout of any of the Caribbean “pandemic” elections at 37 per cent. While COVID-19 restrictions were put in place for the election campaign, there were no additional ballot measures like mail-in ballots authorized by the government to accommodate for the increase in COVID-19 cases on the island. The Jamaican experience shows that a surge in cases can lead to voters simply refusing to leave their homes. And given that low voter turnout generally favours incumbents, the landslide victory for the ruling party led by Prime Minister Andrew Holness was no surprise and some would argue, he used the uptick in COVID-19 cases to his advantage by discouraging additional safety protocols at the polls.

Recently held on April 14, 2021, the Cayman Islands’ election was called early in order for the governing party to avoid a vote of non-confidence (sound familiar?). While the Caymans has not been overwhelmed by the COVID-19 pandemic, precautionary measures were taken to ensure that islanders were able to easily learn about the candidates and the local issues in every riding since traditional in-person candidate debates were banned. The non-partisan chamber of commerce held daily candidate forums where all registered candidates were given equal time to answer questions submitted by voters. Canadians complaining about the adversarial format of our leaders debates which often excludes smaller parties should look to the Caymans to see how debates can be done in an informative, accessible and depoliticized manner. The candidates forum was free of charge and published widely through various social media platforms.

The Cayman Islands also boasts one of the highest voter turnouts in the entire world and some attribute this to the fact that polling day is a national holiday on the island. Given the changing dynamics of COVID-19 and the new variants and lockdowns affecting our communities, a dedicated statutory holiday would signal to Canadians not only the importance of voting during a global health crisis, but remove barriers that often discourage people from going to the polls in the first place.

Elections under normal circumstances come with a unique set of challenges. Elections in the time of COVID can seem like a logistical nightmare but are manageable when governments invest significant resources to administer them in a way that signals to electors that the franchise is not a superspreader event. With some of the best practices emerging from our Commonwealth neighbours to the south, and vaccines in our near future, we could see ourselves not only learning and administering “island democracy” but heading that way for some much needed sunshine very soon.

Stéphanie Plante is former executive director with the International Commission of Jurists-Canada and director of the Centre for Security, Intelligence and Defence Studies at Carleton University’s Norm Paterson School of International Affairs. She is vice-president of Twice Upon a Time and lives in the riding of Ottawa-Vanier. Winston Dookeran is professor of practice at the Diplomatic Academy of the Caribbean, the Institute of International Relations (IIR) at The University of the West Indies. Previously, he was governor of the Central Bank of Trinidad and Tobago from 1997-2002 and was minister of finance from 2010-12 as well as minister of foreign affairs from 2012-2015.