As Little Buttercup said in Gilbert and Sullivan’s H.M.S. Pinafore. “Things are seldom what they seem, Skim milk masquerades as cream.” Ain’t it the truth.

A startled woman in Krakow, Poland, called the police saying there was a strange animal resembling an iguana, stuck in a tree outside her window. Police arrived. The iguana turned out to be a croissant. It was likely tossed there by somebody wanting to feed the birds.

I have learned in my 40-plus years of litigation practice that people don’t always see or hear what they actually see or hear. This woman’s brain saw croissant and said, “iguana.”

(Incidentally, iguanas are supposed to be aphrodisiacs. I’m not so sure about croissants. I was going to Google something like “croissants aphrodisiacs?” However I resisted this temptation, fearing I might attract pop-up ads from some outfit like the “Society of Bawdy Bakers.”)

Back to Krakow, the officers do not say what happened to the croissant. Maybe they took it to a shelter. If so, check it out; it may be up for adoption.

Mistaken identities happen not only in Krakow but also in Sacramento, Calif. A lady heard noises in her house in the middle of the night. She was terrified, suspecting intruders, and she called 911. Police arrived and made their grand entry by breaking down the front door. The culprit turned out to be her robot vacuum.

I am trying to picture the scene. I suppose the cops after battering down the door, drew their guns and shouted, “Freeze!” The story does not say whether they read the “intruder” his rights. I’m not sure whether the Miranda caution covers robots. I am surer that given their ever-increasing intelligence and pervasive presence, the robots will soon launch an application to the courts demanding such protection.

And what can go wrong at a dollar store you ask? Near Knoxville, Tenn., two women entered a Dollar General store and bought some greeting cards. For payment they tendered a “one-million-dollar bill.” This transaction apparently drew the suspicion of the astute cashier.  What tipped the cashier off? Maybe he or she ran a line across it with one of those counterfeit markers? Or perhaps the cashier held it up against the light and said, “Hmm, I don’t know about this one.” Who knows? Police were summoned.

The customers explained they got the note from a church. They could not name the church. They told the police that they were going to use the money to help the homeless. Actually with $1 million, I’d say they could have bought the homeless some homes.

My immediate question here is did these women really expect the cashier to break the banknote and give them change? I just don’t see the cashier shouting to the neighbouring register, “Hey Molly, got some smaller bills in your till? No ones or fives.”

I suppose to these women this note was what it seemed, namely legal tender. It was not a fake bill masquerading as a million-dollar banknote. They actually believed the transaction could fly.

Interestingly the women were not arrested. They were only given a trespass warning. I guess this means they cannot return to the store and do a reprise of their altruistic efforts to help the homeless. The police also confiscated the subject banknote. Nasty.

One thing about these incidents, they all ended up wasting police resources. This brings to mind another Gilbert and Sullivan wise adage, to wit, the group of police constables lamenting in song in The Pirates of Penzance, “A policeman’s lot is not a happy one.”

But as long as people keep on perceiving reality in different ways, often in conflict with one another, we lawyers will stay in business. However, we do have one major threat as I see it.  We must keep an eye out for those pesky sneaky robots, which could one day be replacing some of our functions. They’re not masquerading at all. They’re claiming they can outsmart humans.

Hey, come to think of it, I have a very realistic cream idea. Given COVID-19 resulting in suspension of jury trials, how about we resume jury trials but use robots as jurors. They would not require masks, social distancing or washroom breaks. And of course they have no human biases or frailties. They don’t even care about aphrodisiacs. 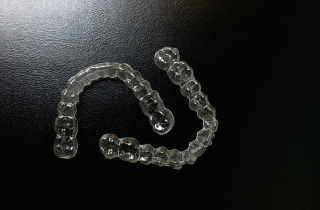 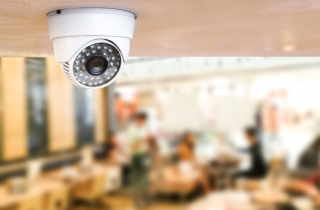