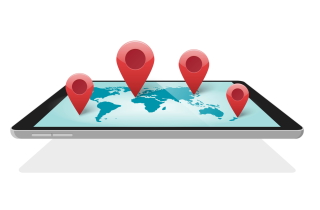 Does physical location matter any more when it comes to dispute resolution?

The pandemic upended what is inconvenient, unfair, or impractical and what is not. This includes the most appropriate location (or now, notional location) in which a dispute is to be resolved.  A recent decision in Ontario has highlighted how the move to virtual (remote) dispute resolution has changed what really matters when the parties have agreed in a contract to arbitrate the dispute, but a party later claims that the dispute should be decided through litigation, not arbitration.

To set the broader context, last year the Supreme Court of Canada, in Uber Technologies Inc. v. Heller 2020 SCC 16 (Uber), held that the arbitration agreement in question was invalid because it was unconscionable, with unequal bargaining having led to an improvident bargain.

The improvident bargain was clear to the Supreme Court from the cost to arbitrate (US$14,500 in up-front administrative fees, an amount close to the annual income of the plaintiff, Heller); the disproportionate amount of the costs relative to the amount of any possible arbitration award; and the fact that Amsterdam was the “place” (the “seat) of the arbitration, giving Heller and other Uber drivers in Ontario on whose behalf he sought to sue in a class action the clear impression (according to the court) that they had to travel to Amsterdam to arbitrate.

However, Uber established — appropriately for Canada, which has a public policy, as articulated in previous judgments by the Supreme Court, that is supportive of arbitration — rather exceptional grounds, with a high hurdle, for avoiding an arbitration agreement. In assessing whether the high hurdle has been met in a case where the distance of the seat’s location from the plaintiff/claimant is raised as a reason not to have to arbitrate, the fact that the arbitration will be conducted virtually, with electronic evidence, should make the hurdle even higher.

In Kore Meals LLC v. Freshii Development LLC 2021 ONSC 2896 (Kore) Justice Edward M. Morgan faced the question of the impact of a virtual hearing when the court was asked to decide whether a dispute should proceed by way of an arbitration seated in Chicago in the face of an argument by the plaintiff that Chicago was an unfair and impractical location.

The plaintiff argued that “arbitration in Chicago would be an artificial and inconvenient exercise” because none of the potential witnesses or relevant documents was located there, and one of the defendant’s business addresses in Chicago was merely a mailbox at a UPS store.

On the other hand, both counsel presumed that the hearing would be virtual “since the pandemic has moved most proceedings of this nature to a digital forum.”

The court recognized that the new reality of dispute resolution — with remote hearings, the electronic exchange of documents and witness examinations by videoconference — requires an equivalent updating of what factors a court analyzes when determining whether it is unfair or impractical for a dispute to proceed to arbitration in a particular seat.

The court stated: “If hearings are held by videoconference, documents filed in digital form, and witnesses examined from remote locations, what is left of any challenge based on the unfairness or impracticality of any given forum? To ask the question is to answer it […] a digital-based adjudicative system with a videoconference hearing is as distant and as nearby as the World Wide Web. With this in mind, the considerable legal learning that has gone into contests of competing forums over the years is now all but obsolete.”

The court stated that:


… the factors to be considered in granting or refusing a stay of arbitral proceedings include the forum non conveniens-type analysis of whether the forum/venue identified in the arbitral agreement is unfair or impractical […] everything from “the domicile of the parties, the locations of witnesses and of pieces of evidence, parallel proceedings, juridical advantage, the interests of both parties and the interests of justice” can be taken into account.

Justice Morgan appeared unsympathetic to the argument that an arbitration seated in a somewhat distant jurisdiction is necessarily unfair and impractical. He went on to say “what is true for forum non conveniens is equally true for the access to justice approach to the arbitration question. Chicago and Toronto are all on the same cyber street. They are accessed in the identical way with a voice command or the click of a finger. No one venue is more or less unfair or impractical than another.”

While there may be some commonality between forum non conveniens factors in litigation and factors applicable the determination of “Uber-type” unconscionability respecting an arbitration agreement, the drawing of analogies should not lead to any blurring of the distinction between the different exercises in which a court is engaged when it is assessing whether there is an unconscionable arbitration agreement and when it is determining the appropriate jurisdiction for litigation.

Turning to the impact of virtual proceedings on the court’s determination of forum non conveniens, it seems clear that determinations of forum non conveniens in litigation in Ontario, and likely in many jurisdictions, will be impacted by considerations relating to electronic means of conducting litigation that have become commonplace. The non-physical factors for determining where litigation should proceed (including parallel proceedings, juridical advantage, etc.) may gain greater significance now that those factors tied to physical location are, through changes in technology and practice, less and less material.

The Honourable Barry Leon is an independent arbitrator and mediator with Arbitration Place, 33 Bedford Row Chambers (London) and Caribbean Arbitrators. He was presiding judge of BVI’s Commercial Court (2015-2018) and is a former chair of ICC Canada’s Arbitration Committee. Eric Morgan is a partner at Kushneryk Morgan LLP where he practises corporate commercial litigation, including shareholder disputes at closely held companies.