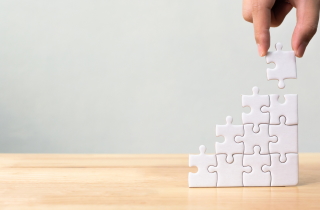 Funding for Canada’s Competition Bureau is set to increase by more than one-third, the government announced in the federal budget for 2021-2022. The budget proposes to increase the bureau’s budget by $96 million over five years, beginning this year, and thereafter, by $27.5 million annually. This increase is intended to pay for increased capacity and “new digital tools.”

The government points out that more robust competition law enforcement will benefit all Canadians, particularly lower income individuals and diverse groups who are disproportionately harmed by fraud or unfair market practices.

The Competition Bureau’s principal role is to enforce the Competition Act. This federal statute deals with agreements between competitors such as price-fixing conspiracies, mergers that impair competition and anticompetitive conduct by firms with significant market power, as well as a variety of deceptive marketing practices, including false advertising and scams directed both at consumers and businesses. The bureau is also charged with enforcing the Consumer Packaging and Labelling Act (except as it relates to food), the Textile Labelling Act and the Precious Metals Marking Act.

Despite its wide ranging and economically important roles, the bureau has suffered budget cutbacks in recent years. Its budget for 2019-2020 was $53.7 million. While the overall budget has held steady since FY2014, it has been forced to rely more on user fees, which have gone from $10.2 million in FY2014 to $16.5 million in FY2020. In FY2014, the bureau’s budget was reduced as part of government moves towards balancing the budget. These cutbacks forced the bureau to close four regional offices and reduce its headcount from 441 (in FY2011) to 382 (in FY2020).

The result is, inevitably, that the bureau must triage cases and not investigate potentially meritorious cases because of budget constraints. In recent years, its enforcement activities have focused on deceptive marketing practices. These cases provide an obvious benefit to consumers and are much less expensive to pursue than challenges to mergers or anti-competitive conduct in the Competition Tribunal. But insufficient enforcement of the Competition Act’s provisions on conspiracies, mergers and abuse of dominance will reduce competition in the Canadian economy, harming consumers and reducing overall prosperity.

While the bureau’s plans for the new money are not yet known, such a large increase in funding will make it possible to increase its enforcement of these Competition Act provisions.

The bureau’s strategic vision for 2020-2024, titled Competition in the Digital Age, gives some idea of what it might do with its budget boost. The digital economy will become its main focus over the next few years. The bureau promised more “active enforcement” in the online marketing, telecommunications, financial services, health and infrastructure sectors. The new digital tools shopping list will likely include “new and innovative tools” to process data and digital evidence, as well as intelligence gathering tools such as advanced analytical models, algorithms and even artificial intelligence to detect anti-competitive activity.

The new money will also help make needed investments in its own organization. In its strategic vision, the bureau promised to roll out training and development opportunities and to broaden its areas of expertise by hiring employees with new and complementary skill sets. The new money could also make it possible to diversify regionally by reopening offices it was forced to close, including in Atlantic Canada and the Prairies.

The government also proposes to continue its “targeted regulatory reviews to identify and eliminate bottlenecks to economic growth,” focusing on digitization and technology-neutral regulations, international standards and clean technology, as well as looking at “how regulations can accelerate Canada’s recovery from the pandemic.”

Michael Osborne practises competition law and commercial litigation/arbitration as a partner of Cassels in Toronto.