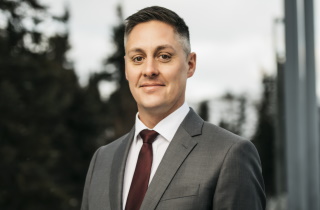 Like sheltering from an icy, arctic blast, the Northwest Territories’ justice system is weathering the COVID-19 pandemic better than some of its southern counterparts, but has been far from unscathed, says its justice minister.

Speaking from his home in his Hay River constituency, on the south shore of Great Slave Lake, about 600 kilometres south of the Arctic Circle, Justice Minister R.J. Simpson told The Lawyer’s Daily during a wide-ranging interview that the challenges have ranged from an increased workload for N.W.T.-based lawyers to a lack of large facilities for in-person jury trials that allow for physical distancing.

As of May 18, the government of the Northwest Territories reported 17 active cases of COVID-19 and no new cases.

The justice minister said the burden of the pandemic has been heavier for local lawyers because the territorial government’s 14-day self-isolation requirement for all non-essential workers has reduced the flow of lawyers from outside the territory, he said.

“We rely very heavily on the southern bar to come up and support our legal aid system,” explained Simpson, a University of Alberta law grad who also serves as minister of education, culture and employment and government house leader. “Because of that, we’ve had challenges with case load for the resident lawyers here who have been working non-stop now for pretty much the entirety of the pandemic. So there’s a concern there with just how much work we’re putting on them.”

In-person jury trials resumed last summer after a pause of about four months. But in communities such as Inuvik and Bechoko, the courts have had to use local recreation centres to enable physical distancing, which has met with some community frustration, he said.

“It’s a shame because it basically takes it away from the community, but it’s one of the sacrifices that people are making during these times,” said Simpson. “We actually have quite a high number of jury trials relative to our population, and so we’re finding that a challenge.”

At the same time, a pilot project involving remote docket appearances has been hobbled by the territory’s lack of Internet infrastructure and the added difficulty during the pandemic of bringing technical experts from the south, said Simpson. The initiative, which kicked off in January, is only running in Hay River, Inuvik and Fort Smith.

“We were hoping to be able to do this in more communities, but the equipment required to actually hold these remote appearances is difficult to have installed,” he noted. “But we are making significant headway.”

Under a proposal submitted by the Courts of the Northwest Territories, the plan is to eventually expand the use of remote court technology to 17 communities across the territory and use it for a variety of criminal matters, including first appearances, trial scheduling and sentencing.

Simpson said the COVID-19 pandemic has also forced a delay in justice projects such as the transition of the South Mackenzie Correctional Centre in Hay River to a so-called therapeutic model of corrections. At all correctional facilities, cultural and on-the-land programming was also temporarily suspended to avoid exposing elders to the risk of contracting COVID-19, even though most inmates have been vaccinated.

The South Mackenzie project is now slated for completion in the fall, he added, and is part of an overall push by the territorial government to reshape the corrections system to more heavily emphasize rehabilitation and reintegration rather than retribution. The revamp of the South Mackenzie facility is influenced by British Columbia’s Guthrie House and is aimed at supporting inmates with substance abuse issues to overcome their addictions so they can more successfully reintegrate into society.

The legislative agenda during the upcoming session will also include working on regulations to implement significant amendments to the Access to Information and Protection of Privacy Act, said Simpson. In addition, the Mechanics Lien Act will be repealed and replaced with the Builders Lien Act, which will incorporate reforms that have been made elsewhere in Canada that are designed to better meet the needs of contractors, employees and those for whom they work. The Mechanics Lien Act provides a remedy to contractors and subcontractors who have not been paid by allowing them to place a lien on property.

On the policing front, Simpson said there has been no significant public pressure for police reform. Policing across the territory is still performed by the RCMP.

“It’s a different dynamic in the Northwest Territories,” he said. “What I hear from a lot of the small communities, which are primarily or entirely Indigenous, is that they have no desire to defund the police. They always want more RCMP.

“The RCMP does work with communities to build relationships because when you only have a few hundred people in a community and some of those people are RCMP, they need to have relationships,” he added. “So a lot of work happens at the community level.”

But Simpson said that because the territory already has more police per capita than anywhere in Canada, the government is reluctant to ask the RCMP to expand its presence there. So it is piloting a community safety officer program based on a project launched in 2019 by the Kwanlin Dün urban First Nation in Whitehorse with financial support from the Yukon government. If the N.W.T. pilot is successful, it will be expanded to other communities.

“They’re not police,” said Simpson, “but they’re safety officers. And how that looks is really determined by the local Indigenous government.”