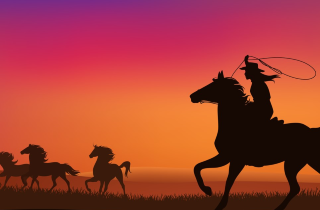 At some point, most of us have worked on group assignments as part of a class, course or program. The idea is to have people work collaboratively, and the outcome is that each team member earns the same grade for the final product. These projects can work out well if everyone is engaged, and each team member delivers their part on time. The key word is “collaborative,” and this is where human nature, attitude and calculation come into play. You often need one group member to ride herd.

In the educational realm, free riders are an issue. Hey, if you’re happy with a C grade and you can earn it by doing the bare minimum while leaving the heavy lifting to others, well done, right? Yes, but it hurts those team members who are more ambitious and do make an honest effort. I know a university professor who, after several mishaps with group assignments, introduced some fancy tracking system. This allowed him to monitor communications and see who initiated discussions, delivered content and showed leadership versus who sat back and waited. When student Joe complained that he had been unable to deliver because team members hadn’t responded to his messages, the professor looked at the log and determined that, in fact, it was the other way around: Joe’s team members had been doing their part while he had gone AWOL. As a result, the others received full marks and the complainer a pointed e-mail, illustrated with tracking stats.

When it comes to group projects, we place ourselves to some extent at other people’s mercy. Putting together a team requires judgment calls and rolling the dice. I learned this the hard way in my first year at law school: I spent precious hours typing up and editing a group case study while my teammates prepped for exams. Years later, I expected it to be different in continuing education, figuring that people with work experience under their belt wouldn’t need constant handholding. Turns out, that’s not a given.

When I enrolled in an evening program for my HR certification, several sub-courses included a group assignment. Some were a great experience, as I got to work with people who delivered solid work and I’m still in touch with some. On other teams, quality and timing of contributions varied, and a few made the cut only after a thorough edit. One time, my group was headed for disaster. I don’t recall the topic of the course this happened in, and it doesn’t matter anyway. When it was time to assemble groups, I teamed up with three other students, two of whom I’d met in previous classes. Number four seemed equally solid, and we divvied up the work.

A week into the research phase, number four advised by e-mail that she had brought in a fifth team member, who was, of course, a dear friend and really awesome. Let’s call her Bobbie. I wasn’t thrilled but it sounded like a done deal, and there were no objections. We reshuffled some of the work, and Bobbie was supposed to deliver a page or two about case law. The due date (an ominous term, as you will find out in the coming paragraphs) for each team member’s work was a Thursday, at which point I’d merge the five sections, give it an edit, and submit the completed work on Friday morning.

I will never forget that Thursday night, as I ended up in the waiting room of Southlake Hospital’s emerge, watching an episode of The Apprentice with several police officers. While stuck there, I checked my e-mail and saw the contributions from three of the team members, but not from Bobbie. I sent her a kind reminder, with the other three in the c.c. After getting home around 11 p.m., I merged the four parts I had and gave it an edit and an intro. The next morning, Bobbie replied along the following lines: her “dog had gotten sick,” she’d “had a flat tire,” and, besides, “we had to understand that it was really hard for her to write content.”

I stewed on Bobbie’s message for an hour and then replied something like this: “Hi Bobbie, why is it that in almost every group setting there is always one person who decides it’s OK not to deliver? If it is hard for you to produce content, it would have been fair if you had brought this up before you asked to join the group, and then we could have made an informed decision. You agreed to last night’s deadline, and the other three sent their work on time. To put this into further perspective, I did my part as well: even though my wife had a miscarriage last night and underwent emergency surgery while I was in the waiting room at Southlake, I edited the final product after we returned home, as I figured that, whatever my private circumstances, those weren’t the group’s problem.”

Well, this was a bit of a broadside of course, and I updated the professor on the situation promptly – I wasn’t going to let the team’s grade be jeopardized by one member’s failure to step up to the plate. We were granted a short extension. Later that afternoon Bobbie responded, saying she’d decided to withdraw from the group and go it alone. One of the other team members then messaged me on the side, saying, “When I saw your e-mail, I thought it was a bit heavy-handed at first, but then I figured, you’re right. We shouldn’t have to put up with that.”

Moral of the story: trust is nice, but we must be realistic and recognize that some people never outgrow the dog-ate-my-homework stage and need a reason to behave and deliver. Instead of hoping for the best, it’s a matter of acknowledging vice and folly, setting clear expectations and being prepared to wield the electronic blowtorch.