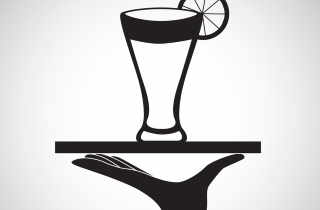 A person need not be driving to be criminally responsible for the consequences of a motor vehicle collision. Criminal negligence requires bodily harm or death in order for the actions to be criminalized and can apply to anyone in a chain of causation of the harm. The test for criminal negligence is whether a person breached a standard of care in a marked and substantial way.

The starting point in an assessment of a breach of a standard of care to a criminally negligent degree begins with an assessment of what a “reasonably prudent person” would do. Making this assessment in relation to a driver adverts to the actual actions of a person in control. When the breached duty is a further step removed, the Crown has the additional hurdle of proving causation between the actions of the accused and the end result. The intervening acts by a party can limit the criminal liability of the first actor. Considering a criminal charge of dangerous driving, which requires a marked departure from the norm, the Supreme Court in R. v. Beatty 2008 SCC 5, stated that “a mere departure from the standard expected of a reasonably prudent person will meet the threshold for civil negligence, but will not suffice to ground liability for penal negligence. The distinction between a mere departure and a marked departure from the norm is a question of degree.” Criminal negligence requires a marked and substantial departure which would be a degree further.

In a recent case in Ontario’s Renfrew county, a bartender was charged with criminal negligence in relation to serving alcohol to a number of young men who would go on to drive and be involved in a crash which caused the deaths of two of them and serious injuries to two more of them. Reasonable foreseeability of possible harm is important to determine legal causation in criminal negligence matters. In R. v. Anderson [1990] 1 S.C.R. 265, the Supreme Court held that the subjective and objective assessment of mens rea in a criminal negligence case begin to converge as an act becomes more dangerous. Some actions are so clearly dangerous that merely doing a particular act implies intent. When assessing a non-driver’s contribution to a criminal charge, the further remote the act is from the accident, the more difficult the case is likely to be for the Crown to prove.

While civil negligence cases look to balance off contributory negligence by multiple parties as against each other in determining the damages, criminal negligence balances those at sentencing, not when determining guilt. A criminally negligent party’s guilt is not negated merely by the negligent action of another in the chain of events. In the Renfrew case, the driver drove at 127 kilometres an hour in an 80 zone with a blood alcohol content of more than twice the legal limit, but this does not eliminate the guilt of the charged party. However, the duty of a bartender or server is not an absolute responsibility for all actions taken by a person whom they serve.

A server can meet their duty of care, at least from the criminal standard, by ensuring that those they serve have safe plans to return home. Lies told by those consuming alcohol may be relied upon in some cases, such as a plan to call a taxi, to show that proper steps were taken. Intervening acts by the driver which are completely out of the control of the server, like talking on a cell phone or texting while driving, may interrupt the chain of continuity. The reasonable foreseeability of actions taken by those being served alcohol is a difficult assessment for a trier of fact to consider. Alcohol consumption at licensed establishments is an accepted risk in our society. It is expected that these establishments and their employees meet a standard of care, but that standard is not perfection.

The Renfrew case is a powerful reminder that servers can be held criminally responsible for the actions of those they serve. The resolution by way of a bond likely recognizes issues with the ability to prove guilt beyond a reasonable doubt in the case.

A common law bond is a preventative measure. It is not an admission of any liability, either civilly or criminally, but rather acts in a forward-looking manner to preserve the public peace. The terms of the bond, including its 10-year length, $25,000 penal consequence on breach and 300 hours of community service work, are significant. The requirement that the party not participate in sales of alcohol work to prevent any future harm. The resolution of the Renfrew case by way of a common law peace bond ends the criminal prosecution but leaves open the issue of civil liability which will have to assess the case in a different way.