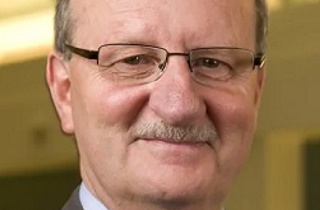 Ontario resumes use of AstraZeneca COVID-19 vaccine for second shots

Ontario is giving the green light for second doses of the AstraZeneca COVID-19 vaccine, even though the latest evidence from the U.K. indicates the incidence of potentially lethal blood clots after the second dose is higher than originally thought.

Just days after pausing AstraZeneca out of an “abundance of caution,” Dr. David Williams, the province’s chief medical officer of health, announced in a May 21 news conference and news release that administration of the second dose will begin during the week of May 24 — in part to use up a batch of 55,000 AstraZeneca doses due to expire May 31. The initial round of second doses will be open only to those who received their first shot of AstraZeneca between March 10 and March 19.

Dr. Williams said that all those who received their first dose of the AstraZeneca Covishield vaccine will receive the second dose within the recommended 12-week interval between doses, but first doses of the vaccine are still on hold.

Eligible individuals should contact the pharmacy or primary care physician where they received their first dose to book an appointment, according to the government news release. The first Ontario pharmacies to offer the AstraZeneca vaccine were located in Toronto, Windsor-Essex and Kingston, Frontenac, Lennox & Addington.

The news release notes that nearly one million Ontarians aged 40 and over received their first dose of the AstraZeneca vaccine between March 10 and May 11, 2021. But administration of the vaccine was paused on May 11 due to an increasing supply of the Pfizer and Moderna vaccines and because of an observed increase in the incidence of a rare but potentially fatal form of blood clot linked to the AstraZeneca shot known as vaccine-induced immune thrombotic thrombocytopenia (VITT).

Research from the U.K., where the AstraZeneca vaccine has been used widely, indicates that the risk of VITT following the second shot is one in 600,000. The risk of VITT is reportedly lower with the second shot. But Dr. Williams said during the news conference that the current risk estimate was recently revised down from one chance in 1 million for second-dose recipients.

“So we moved from one in 1 million down to one in 600,000 – that’s still a very rare event,” he told reporters. “I’m confident right now in the safety and those numbers, but we will continue to be informed by experts and we want to be watching for that all the time and be updated accordingly.

“The public will be the first to know when we have the data if it means any significant change,” he added. "We’re trying to give the public all the information we can. We want transparency and informed consent.”

In Canada, VITT has reportedly been identified in at least 18 Oxford-AstraZeneca recipients, with 10 more cases under review. There have been three deaths associated with the condition. In the U.K., there have been 41 deaths following the clots. About 22 million first doses of the AstraZeneca vaccine have been administered there and the country has advised that individuals under 30 receive a different vaccine.

Ontarians who were initially vaccinated with AstraZeneca may have the option of choosing the Pfizer-BioNTech or Moderna mRNA vaccines for their second shot, said Dr. Williams. While mixing vaccines is safe, he added, the province is still waiting for guidance from Canada’s National Advisory Committee on Immunization (NACI) on whether switching vaccines for the second shot provides effective protection from COVID-19.

As of May 20 at 8 p.m., more than 7.7 million COVID-19 vaccine doses had been administered across Ontario, according to the government. In May, Ontario expects to receive approximately 4.3 million vaccine doses, including 254,500 doses of AstraZeneca. Approximately 4.7 million doses of the Pfizer vaccine are expected in June.

COVID-19 hospitalizations continued to decline slowly. The province reported that 715 patients were being treated for the virus in intensive care across Ontario, down by six from the previous day. Of those, 510 were breathing with the help of a ventilator.