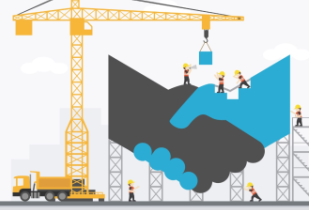 Sometimes we try to overtighten a screw to ensure it is securely in place. Making doubly sure seems like a good idea, but if we go to extremes, the screw will get stripped. The same occurs where contract drafters, in large corporations, go too far when drawing up their online service agreement. Some improvident arbitration agreements in the context of consumer or employment contracts (and even sometimes in commercial settings) resemble a screw which is overtightened and then gets stripped and consequently is found to be unconscionable and invalid by courts.

In his famous work The Death of Contract, professor Grant Gilmore in 1974 asserted that the components of the traditional formulation of contract “agreement,” “consent” and “meeting of the minds” were dead. He believed that “contract” was being reabsorbed into the mainstream of “tort” and comically suggested that the merging of contracts and torts should be reflected in legal education in a class called “contorts.” Similarly, when it comes to (forced) arbitration in the context of employment and the consumer, we are faced with an “arbitration contort.”

In Uber Technologies Inc. v. Heller 2020 SCC 16, David Heller, as an Uber driver in Toronto, entered into an online service agreement in 2016 through the Driver App. It contained an arbitration clause requiring all disputes arising out of the agreement to be settled by arbitration in the Netherlands under the ICC’s Rules of Arbitration. Heller challenged the arbitration clause, mainly based on two propositions: the place of arbitration forces him to travel to Amsterdam at his own expense, and the selection of the ICC Rules entails the payment of high fees to initiate a dispute resolution procedure (approximately $19,000).

The Supreme Court of Canada found the arbitration agreement to be unconscionable and therefore invalid based on both the financial and logistic disadvantages from which Heller was going to suffer. In the other words, the costs payable by Heller proved an insurmountable barrier that prevented him from bringing a claim against Uber. The Supreme Court provides no guidance whether the arbitration agreement would have been conscionable and valid if the service agreement drafter had provided Uber drivers with a degree of flexibility; for instance, if it allowed the arbitration to take place in his home country (Canada).

Justice Suzanne Côté (as the only dissenting justice) positively strived to make up for the contract drafter’s improvidence. She believed that if the courts interfered with Uber’s valid commercial purpose, the certainty required for doing international business would be undermined (para. 280). Uber should be assured of certainty in its contractual arrangements, as certainty is essential for global business operations. If the online contract drafter had been more moderate in drafting terms and conditions of the online agreement with Uber drivers, the Supreme Court would most likely have reached a different decision.

To reach a satisfactory compromise, Justice Côté suggests “a conditional stay of proceedings” as one of the remedies available to a court hearing a motion for a stay to ensure the expected fairness in arbitration process (para. 203). She believes that a stay of proceedings should be granted on the condition that Uber sets up the required funds to initiate the arbitration proceedings in the Netherlands (para. 199). More importantly, she would impose a condition that Uber agrees to hold the arbitration proceedings even in Ontario (Côté J., para. 246). It is not the role of the courts to establish policies where the legislature has declined or omitted to do so (Justice Côté, para. 268). Nevertheless, it appears that Uber’s after the fact consent during the proceeding did not help dealing with this difficult situation and such measures should have already been taken in the arbitration clause to be fairer to the weaker party.

Although Justice Côté’s suggestion was not welcomed by the other justices, it reminded contract drafters to draw up the arbitration clauses with more flexibility and fairness. For example, AT&T is currently notifying millions of wireless, phone and Internet customers that it has updated its arbitration clause since March 2021: AT&T will cover all arbitration costs for any non-frivolous claim not exceeding $75,000. It will allow customers to seek compensation for attorneys’ fees if they prevail and the arbitration will take place in their home county. In addition, the updated arbitration clause permits customers to participate in arbitration by phone or Zoom if desired. It even leaves open the possibility of pursuing individual cases for less than $10,000 in small claims court. Therefore, global corporations which have greater financial resources are better able to cover arbitration costs and this can, to some extent, reduce inequality in the positions of the parties.

Although corporations have greater bargaining power than consumers, employees and sometimes even business users of their services, they should not abuse that power when drawing up contracts. One of the consequences of the Uber decision lies in giving a warning to arbitration agreement drafters when they are designing corporations’ unnegotiated standard form contracts. Contracts are still subject to the jurisdiction of the courts in their protection of consumers and employees. Professor Gilmore said in 1974: “We are told that Contract, like God, is dead. And so, it is.” But judging is still alive.

Majid Pourostad is an internationally trained lawyer (ITL). He has extensive practical experience in drafting international business contracts as well as dispute resolution clauses. He also just obtained the degree of professional LLM in international business law from Osgoode Hall Law School and currently is an NCA candidate to be eligible to apply to the bar admission program in Ontario.