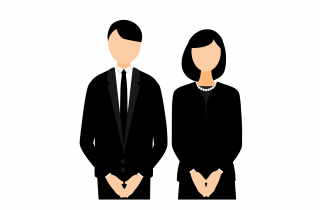 In a competitive legal market, it usually requires a sweet compensation package to retain and attract the most talented lawyers who can do work — and especially those who can bring in work. This can upset other partners who feel they too deserve more compensation. Any tool that can help lure or retain a lawyer that doesn’t cost money is of high value.

X joined ABC (a midsized Toronto firm) as a lateral hire partner several years ago. ABC also seems to have hired X’s new spouse (Y) as a consultant, and she appears to assist on some of X’s files. It seems they work as a team. (X and his spouse both are lawyers practising in the same area of law. She was his junior at a different firm.) X appears prominently on the firm’s website as co-lead of a department. Y doesn’t appear on the law firm’s website at all. She does appear prominently as a lawyer working as a practice lead at a large multinational corporation. (The LSO site, and court filings for cases reveal that she appears to work at ABC on files in which X is — at least optically — involved as lead lawyer.)

From a business perspective, ABC’s team hiring approach could be an additional tool for law firms to attract and retain talent, or at least a book of business. Some firms want each lawyer to docket her or his own time, so that (for example) a client can see who actually did what work, at what billing rate etc. (Some lawyers believe this is actually necessary to comply with LSO rules.) But, that aside, if a firm hires a couple as a team, it can negotiate a deal with the team. If the team meets a combined billing target, the team has satisfied its obligations to the firm. If the team’s hourly quota and billing quota and receivable quotas are all met, the law firm is happy. The firm may choose not to delve deeply into whether X is doing the work and having Y docket or bill for it. Similarly, the firm may not care whether X is rainmaking and saying that Y is doing so. The firm only cares what the team is doing.

This opens up at least three potential opportunities for attracting and retaining lawyers.

Income splitting: Tax advisers for the team might conclude that if Y earned e.g. $100,000 at her corporate law job, and X brought in, or did, work at the ABC firm, and then had Y bill for some portion of that firm work (say $200,000), the overall tax liability of X and Y may be lower than if  X actually had to report all the income himself.

Creditor proofing: Imagine that X had spousal/child support obligations (from a previous marriage), that he didn’t want to pay anymore. Having Y bill for work that X brought in or did, would result in X having, apparently, much lower income than he actually would have had if he actually docketed and billed his hours, under his own name. Even absent a tax saving, there may be material support savings. For example, if X could have docketed and billed $300,000 but only billed $100,000 and shifted $200,000 to Y, then in addition to her corporate job income of e.g. $125,000, Y would have $325,000 in income, and X would have $100,000. X could allege a material change in circumstances. (A variant would have X gradually shift income to Y over several years.)

No law firm would knowingly participate in a partner’s scheme to inappropriately evade taxes or circumvent a court ordered support. But, ethics aside, papered appropriately, a law firm may decide that offering this flexibility is an inexpensive way to assist a productive partner. Quaere how much law firm due diligence is sufficient to be “on side” the law, LSO rules and to avoid reputational damage resulting from potentially adverse publicity.

Referral Disclosure: The team approach may also help address a referral problem. If Y, in her capacity as employee at the multinational, is referring business to ABC and she did not work at ABC, then if ABC is paying her some referral fee, ABC would likely be required to disclose that fee to the client, which could be very awkward. However, if Y was also working at ABC — albeit part time or very part time — then there may be no need for such disclosure.

Conclusion: The team innovation is self-narrowing, likely requiring that the team be family.  However, it is an example of how law firms can differentiate themselves by being supportive of partners, and in so doing, hopefully retain, and attract, other partners with profitable books of business. If you have news about creative ways law firms are evolving, please drop me a line. (For the record,  a managing partner at ABC twice declined to comment. Off the record discussions with former partners at two smaller firms, believed similar approaches may already be in use.)

David Latner is a co-founder of Advocan Law LLP, a boutique focused on IT and medical technology, acting for startups, their founders and investors. You can reach him via LinkedIn.