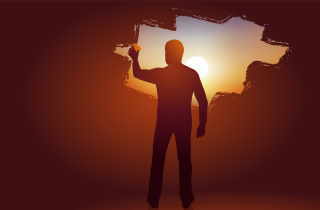 State of Canadian corrections in pandemic

I’m the first to admit, the correctional system is challenging and complex. As a former criminal and inmate, I’ve met and lived with inherently violent, psychopathic and mentally ill inmates. A small number of which, for very real public safety reasons, should never be released.

Violent dangerous criminals and security threat groups continue operating within our communities, pandemic notwithstanding. As a microcosm of society, rest assured there exists a strong demographic within our jails and prisons that remains deeply entrenched in subculture and criminal activity. Violent, non-compliant with staff and preying on other inmates. Throw wide ranging serious mental illnesses into the mix, due to limited forensic mental health facilities and yeah, it’s a tough atmosphere. To oversee, and to live in. Subsequently, to state the obvious, there do exist legitimate public safety concerns in the form of incarcerated inmates in Canada today.

Yet, there also exists a larger demographic of inmates (people) who’ve made mistakes. Some of them doozies, no doubt, but they are not writeoffs. Owning mistakes, possessing genuine remorse along with a determined desire to proactively address mitigating factors. Let’s face it, in grade school, no kid aspires to be a prisoner. Nor abused/abusive, troubled, deviant, underprivileged or dependent on drugs. Poverty and marginalization, the most common attributes of our prison populations. But for the grace of God go I.

With respect to the global COVID-19 pandemic, it has changed life as we knew it and taken a tangible toll on us all. Well into year two of the pandemic we’ve all, to varying degrees, become “long haulers.” Each of us meaningfully impacted by this virus; living under heightened restrictions, fears, uncertainties, combined with mounting adversities and frustrations.

So, while I clearly intend to share some insight into what’s happening in Canadian jails and prisons post-arrival of the pandemic, I am not out to be overtly critical of corrections. Same for all of our public institutions, and governments. In my view, the pandemic embodies a no-win scenario. Laden with unknowns and competing interests. Thus, beyond the obvious public health crisis, the pandemic has and continues to be extremely polarizing. With heightened hyperbole and blunted senses prevailing, far too often.

As for corrections in Canada, they represent the largest congregate living settings we have in this country. Combined with the tightest, toughest, most austere living conditions. To state it’s been tough sledding, on both sides of the bars, is an understatement. And, on the subject of congregate living settings, I’d be thoughtless not to note the recent news re dozens of residents of long-term care homes (LTC) dying, allegedly, from dehydration and neglect. In addition to the thousands of long-term care residents who died of COVID-19. Truly heartbreaking, unacceptable, and yes, relevant here.

The real issues within Canadian corrections are systemic in nature — as they are within our LTC homes and child welfare system. The common theme? They’re woefully antiquated and we’ve simply never looked after our most vulnerable very well. I’ve come to sincerely believe this is not founded in lacking political will. It’s nonpartisan, born of an historic lacking, sustained, political and wide-ranging public interest.

No, the pandemic has not exposed the systemic issues within our jails and prisons. That ship sailed long ago. Some of the long list of examples include the Archambault Report (1938); the Fauteux Report (1956); MacGuigan Report (1977); the Arbour Report (1996); and the Senate Committee on Human Rights Interim Report — Study on the Human Rights of Federally Sentenced Persons (completion delayed due to COVID-19).

However, the fact remains the impact of the pandemic on inmate populations and prison staff has been inhumane and harmful.

Ontario provincial jails, all, are maximum security institutions. Detention and correctional centres both. Upon arrival, inmates are issued a recycled orange jumpsuit, a pair of boxer shorts, black nylon socks, orange T-shirt and a weathered pair of blue canvas slip-on shoes. Two sheets and a towel. No pillow case. Your jumpsuit draws double duty as your pillow. No personal belongings allowed, with no exceptions.

Hard surfaces all, concrete and steel. Any/all windows are fixed windows. No fresh air, ever. Recirculated air only within the bowels of these places. Dry skin, hemorrhoids and stench prevail, at the best of times. In COVID-19 terms, they are textbook petri dishes and since the onset of the pandemic, inmates report waiting, on average, one to five months between clothing, sheet, towel, changes. With limited shower, yard and phone access.

The federal system, if an inmate is classified and “settled,” is less austere, specifically, in lower security settings. Most cell windows open, allowing fresh air. Some personal belongings are permitted, for those fortunate to have someone to send them in, and, if not delayed by mounting pandemic processing backlogs. Washers and dryers are generally accessible by federal inmate populations and as we’ve all come to appreciate this past year, little things are big things.

Both systems are well into year two of “infection prevention and control measures to prevent and contain the spread of COVID-19 and adapt based on public health advice.” Meaning; no visits, restricted inmate movement and reduction of staff is the only defence they possess against an airborne virus. Case management officers, program facilitators, chaplains representing spiritual needs of all faiths and other non-essential personal have rarely been on site. There have been brief periods of exceptions and some institutions have fared better than others but for the most part it’s been one hell of a highly restrictive and stressful war of attrition.

The vaccine has now been made available to all federal inmates, four per cent of which, identified as medically vulnerable in the early stages of the pandemic have now received both shots. It’s worth noting, as a microcosm of the world, approximately 50 per cent of the Canadian inmate population have declined the vaccine. It’s far from over in there.

I can’t argue against the majority of these risk mitigation measures. They represent an unfortunate necessity in these settings. However, there is another, obvious, achievable and viable, option. Reduce inmate population numbers. Many can be safely released back into our communities and are deserving of the chance. Not willy nilly. Safely. But therein lies the rub.

However, the adversities of the pandemic represent real opportunity. What better time for a strong look inward? To own and acknowledge the fact, we can and need to do better. It’s time to move forward with an openness to rational innovations, and, minimally, to restore the belief in the potential of rehabilitation. How cool would that be?!

Lee Chapelle is founder and president of Canadian Prison Consulting Incorporated. Through extensive firsthand experience and knowledge of the justice system and correctional process, he provides a concentrated and comprehensive informational experience that assists clients prepare for the huge transition of serving time. He also builds proactive gameplans designed to lower sentences and lay the foundation for early release.