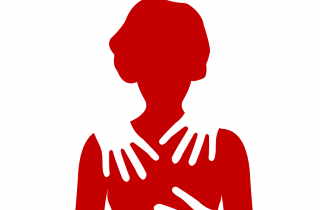 Sexual harassment in the workplace or the community is often an under-reported event. Survivors can struggle to come forward due to a multitude of reasons, including financial and social pressure, embarrassment, fear of retaliation and more. In some cases, it can take survivors years to process the harm that was done to them and to accept that they were in fact sexually harassed.

In addition to the personal barriers associated with reporting sexual harassment, the Ontario Human Rights Code has barriers of its own: the one-year limitation period for bringing cases to the Human Rights Tribunal of Ontario (HRTO) being its most glaring. It is important to note that the HRTO is the only place sexual harassment survivors can take their claim (with some exceptions).

In contrast, sexual assault survivors now have no limitation period if they want to bring a case to court. This is due to Bill 132, the Sexual Violence and Harassment Action Plan Act (Supporting Survivors and Challenging Sexual Violence and Harassment) that received royal assent in March 2016. Among other things, the bill ended limitation periods for civil proceedings based on sexual assault. This change acknowledged the barriers to reporting sexual assault, allowing survivors to bring their claims at a time of their choosing.

For survivors and advocates, ending limitation periods for sexual assault was a welcome move. That said, the change left a gaping hole for sexual harassment survivors, as they are still subject to a one-year timeline with the HRTO, the only place they can (usually) take their claim. This inconsistency is difficult to justify, as the barriers to reporting each are similar.

There are many reasons I believe the Code’s one-year limitation period should not apply to sexual harassment claims, here are three that stand out to me.

Sexual harassment survivors face similar reporting barriers to those who have experienced sexual assault — why are they not offered same protection?

The Code allows applications after the one-year limitation period only if an applicant can provide a “good faith basis” for their delay. The HRTO has repeatedly stated that it places a “fairly high onus” on applicants trying to establish a good faith basis. To do so, applicants are often required to present extensive medical evidence justifying their delay.

• Perpetrators are often known to the survivors, which can lead to tricks, verbal pressure, threats, negative consequences or victim-blaming rhetoric. This can impact one’s ability to resist or report, and they may blame themselves or feel responsible for the harassment they experienced.

• Repercussions for disclosing harassment, including fear of reprisals or retaliation from the harasser, colleagues or an employer. Survivors are also nervous about others finding out or worry that their report will not be helpful.

• Survivors minimize and/or ignore their own experience. Individuals can find themselves trapped in situations where they feel they must endure harassment in order to keep their job.

• Race and citizenship. Studies have found that women whose immigration status is connected to their employment often ignore or minimize harassment out of necessity. One study found that Black women who faced regular racial harassment found it difficult to separate sexual harassment at work from harassment in society more generally.

• Age and past sexualized violence. Studies show that young women experience forms of sexual violence in their daily lives but learn to mislabel them as normal and non-violent.

Many of these barriers are a direct result of the dependent relationships survivors are in with their perpetrators (employers, managers, teachers, etc.). Others are a result of intersecting human rights grounds (race, age, citizenship). These are the scenarios the HRTO was created to deal with, but because of the one-year limitation period many survivors will not be able to access its protections.

Until the limitation period is removed for sexual harassment under the Code, advocates should be prepared to argue that these barriers amount to a good faith basis for delay when their clients wish to pursue a late claim.

Even though the HRTO is not the only option for sexual assault survivors, it is often the best one.

There are a few reasons for this.

The HRTO is meant to be more accessible and affordable for applicants. As a result, it is more welcoming to self-litigants than court. The HRTO is an expert tribunal, staffed with adjudicators knowledgeable in the field of human rights. This is not the case for court, where a sexual assault survivor could bring their case before a judge whose background has been entirely in corporate law. The HRTO can also award systemic and public interest remedies, whereas courts are generally limited to awarding monetary damages.

For these, and other reasons, it is not unusual for sexual assault survivors to take their case to the HRTO when assaults occur within a protected social area.

For example, in G.M. v. X Tattoo Parlour [2018] O.H.R.T.D. No. 269, the personal respondent pleaded guilty to sexual assault, invitation to sexual touching and sexual interference of the 15-year-old applicant. The HRTO awarded the applicant $75,000 in general damages.

In A.B. v. Joe Singer Shoes Ltd. [2018] O.H.R.T.D. No. 140 the HRTO awarded the applicant $200,000 after it found that the personal respondent, who was her employer and landlord, sexually harassed, solicited and assaulted her for years at work and in her home.

For many, court is prohibitively complex, expensive, inaccessible and therefore not an option. The Code must be amended so that survivors of sexual assault and harassment can bring their claim forward when they are ready to do so, and where they are comfortable doing so.

Where this leaves us

The Code is remedial legislation, tasked with eliminating discrimination and promoting an equitable and respectful society. Without ending the limitation period for sexual harassment claims at the HRTO, the Code falls short of its purpose and intent.

If the one-year limitation period is not ended for sexual harassment, the Code cannot provide equal rights to a group that faces significant barriers to accessing its protection. And it cannot create a climate of understanding or respect for each person when it allows perpetrators of sexual misconduct to evade responsibility simply because the clock runs out for those they assaulted or harassed.

Limitation periods are extremely important. I don’t think many lawyers would dispute that. But, when a written law is adversely impacting one group of people based on the type of wrong done to them, we need to ask ourselves if it is just. This is especially the case when the legislature has acknowledged the issue in some contexts but not in the one that is expressly meant to prevent discrimination and harassment.

Sexual harassment and assault are serious wrongs. When an individual is absolved of liability for either of them it should be because a court or tribunal found them not responsible. They should not be able to evade liability because their victim is unable to bring a case against them in time. This is especially true when the inability to do so is a direct result of the perpetrator’s actions.

Samantha Kompa is a lawyer and founder of Kompa Law, a boutique employment and human rights firm based in Belleville and serving clients throughout Ontario.