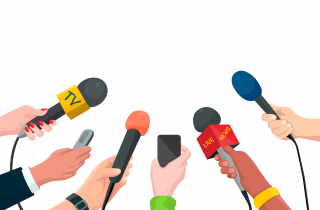 The Federal Court in Canadian Broadcasting Corporation v. Conservative Party of Canada 2021 FC 425 has sanctioned the use of a broadcaster’s leadership debate footage without permission as “fair dealing,” in a blow to copyright ownership rights.

The case arose during the last federal election in 2019, as the Canadian Broadcasting Corporation (CBC) had sought a declaration that its copyrighted works were infringed as a result of the “attack ads” aired by the Conservative Party of Canada that included segments of the televised leadership debates excerpted in a series of four tweets that criticized the Liberal leader. The CBC claimed to be particularly concerned about the use of CBC works on the basis that allowing such clips to be copied and used by one political party in advertisements attacking its adversary could undermine the CBC’s reputation for impartiality.

Justice Michael Phelan rendered a decision on the merits on May 13, 2021, even though it was moot by the time the decision was issued. The court agreed the ruling could provide guidance for future elections. The CBC had already abandoned the injunctive relief it sought since the impugned tweets had been taken down.

The decision is an important one, since it analyzes the gamut of issues that come up frequently in copyright infringement cases and it is an important precedent for future cases involving use of cinematographic works in the nature of news reporting.

The court acknowledged that facts, information and ideas are not protected by copyright, but the taking in this instance included the CBC style of audiovisual material from some of CBC’s most popular and widely recognized programs: The National and Power and Politics. Consequently, Justice Phelan accepted that the CBC works are proper subject matter of copyright, belonging to CBC.

The key determination for the court was whether a “substantial part” of the CBC works had been copied, so as to justify a finding of copyright infringement. The court relied on the Supreme Court of Canada decision in Cinar Corporation v. Robinson 2013 SCC 73 in determining that a “substantial part” can be “qualitative and holistic” as opposed to quantitative of the whole work.

The court found that most of the factors weighed in favour of recognizing the CBC works as copyright protected cinematographic works that were sufficiently copied to infringe, despite the fact that this amounted to use of clipped footage of between 14 seconds to 42 seconds of the debates, which represented about 0.25 per cent or less of the CBC works at issue.

Justice Phelan also noted that the Federal Court in Davydiuk v. Internet Archive Canada 2016 FC 1313, had also emphasized that the substantiality analysis is not a purely mathematical exercise; whether a vital part of a copyrighted work has been reproduced is a qualitative, not quantitative exercise. This element of the decision is helpful to copyright owners everywhere in recognizing that even a single still image can represent a substantial reproduction of a cinematographic work.

In the qualitative analysis, Justice Phelan held that “the Respondents took all of the copyrighted work in the brief clips they used as they took all the skill and judgment used to create the original.”

Justice Phelan took pains to parse out the difference between the “sound bites,” which elements would belong to the interviewer or the speaker (see: Hager v. ECW Press Ltd. [1998] F.C.J. No. 1830 and the “artistic design and production” (i.e., lighting, camera work, audio, etc.) and journalistic decisions (e.g., the flow of discussions and the election and posing of questions), which are the result of the skill and judgment of the CBC and its employees, embodied in the CBC works.

Having concluded that the respondents appropriated a “substantial part” of the CBC works, Justice Phelan then considered whether the taking at issue constituted “fair dealing,” engaging in the two-step analysis outlined in Society of Composers, Authors and Music Publishers of Canada v. Bell Canada 2012 SCC 36: the dealing must be for an allowable purpose, and the dealing must be fair.

The objective of the fair dealing exception is to provide the opportunity to use copyrighted materials for specific purposes that are deemed fair, such as criticism and news reporting. Justice Phelan acknowledged that there is no reason to give the provisions a narrow, restrictive meaning so long as the balance between users’ interests and those of owners is maintained, and in keeping with the large and liberal interpretation of allowable purpose as held in CCH Canadian Ltd v. Law Society of Upper Canada 2004 SCC 13.

The respondent had argued that the use fell into allowable purposes of criticism and review, satire and education. However, the court did not accept that satire was at play, finding that the overall tenor of the CBC works, as used by the respondent, contains elements of satire but is less “Monty Python” and more “Sports 40 Best Bloopers.” The court held that “the Respondents’ purpose is not just to make fun of the Prime Minister or ridicule his works and behaviour, but also to criticize the ideas and actions of the Prime Minister and the Liberal Party in the sense of fault finding.”

As to fairness, the court accepted that the “purpose of the criticism” was to mount a political campaign based on the criticism and to engage in the democratic process. Justice Phelan cautioned that this analysis should not be too wrapped up in rhetoric regarding democracy, but ultimately held that the use of the CBC works was for a legitimate political purpose.

In response to the defence that the copying was not for a commercial purpose, Justice Phelan stated that it would be an error to focus solely on money, particularly in the political context, where votes are currency and securing votes is the ultimate game.

Having concluded that the appropriation of the CBC works was for an allowable purpose (i.e., criticism), Justice Phelan also determined that the fair dealing exception applied and dismissed the CBC’s proceeding with costs on the usual scale.

In holding that the CBC works were substantially copied, the Federal Court arguably bolstered the rights of creators and authors, by recognizing that “substantial copying” can have little to do with the quantity of the material copied versus the quality and distinctive elements taken. However, the case also stands as a stark reminder that copyright protection remains riddled with exceptions that can prevent the creator or author from maintaining control over its original works. The decision also highlights the important balancing act that the court is engaged in as between the rights of creators and users, where the users continue to erode the rights of creators in the digital world.