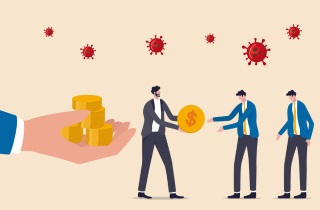 From its inception, the Canada Revenue Agency (CRA) has warned taxpayers that it intends to closely monitor CEWS claims and that employers that do not meet the CEWS eligibility criteria or that abuse the program will face severe penalties, even fines, in addition to being forced to reimburse amounts previously received, with interest. Yet, with an initial acceptance rate of nearly 99 per cent, this scrutiny has not yet materialized.

This is about to change. In March 2021, the auditor general of Canada expressed its concern that in prioritizing rapid payments of the CEWS, the CRA sacrificed certain controls and ignored information that would have helped assess the validity of claims prior to issuing payments.

As a result, the CRA started comprehensive audits to recover payments made to ineligible recipients in spring 2021. These audits are expected to take place over several years and existing legislation provides that no limitation periods apply with respect to CEWS claims.

An inaccurate or unfounded CEWS claim could result in significant financial hardship to the employer in question, especially since the scope of an audit initiated by the CRA would not necessarily be limited to the CEWS claim. A CEWS audit could therefore precipitate a review of other tax matters disclosed in connection with the claim.

In this first part of a two-part series, we outline the CRA’s audit powers and discuss certain audit queries received by CEWS recipients.

The CRA expects employers (and all taxpayers for that matter) to maintain proper accounting records. The CRA requires employers to confirm that the information provided when submitting a CEWS claim is complete and accurate, and any CEWS application must be accompanied by an attestation signed by the person in charge of the employer’s finances. This attestation states that the “employer has and will maintain records for CRA review that demonstrate the revenue reduction, eligible remuneration paid to employees and any other information required to verify the amount of the CEWS claim.” Subject to solicitor-client privilege, these records will need to be disclosed to the CRA during an audit — if requested.

Requests for information to CEWS recipients

CRA requests for information sent to claimants in the course of the CEWS post-payment audit pilot program have required the production of some of the following documents and information (note: The CRA has stated that some information requests sent out were in fact “templates” and in the future that auditors would limit the scope of the documents requested in connection with a CEWS audit):


(a) Corporate documentation: partnership agreements, banking resolutions and directors’ resolutions that demonstrate the decision-making process and approvals that authorize the officers of the relevant entity to submit a CEWS claim;


It will therefore be important to promptly discuss the scope of such requests with the auditor assigned to the audit and understand the relevance of the items sought in order to, ideally, narrow the focus and avoid overflow.

The information requested must, in fact, be narrowed down to avoid imposing an excessive burden on taxpayers. A taxpayer is entitled to ask why a document is required, and the CRA auditor should explain the reasons for the request. In fact, the CRA should be transparent and quickly disclose the scope of an audit.

This is part one of a two-part series. Part two: Tips, guidance for navigating audits of Canada Emergency Wage Subsidy claims.

Paul Lamarre is a partner at Davies Ward Phillips & Vineberg LLP. He advises multinational corporations on their domestic and international tax planning. Marie-France Dompierre, a partner at Davies, works with Canadian and international clients to avoid, manage and resolve all types of disputes with provincial and federal tax authorities. She represents clients before the Tax Court of Canada, the Federal Court, the Federal Court of Appeal, the Quebec Court of Justice and the Quebec Superior Court. James Trougakos is an associate at Davies who assists clients on a range of tax matters, including tax planning and dispute resolution before the tax authorities.