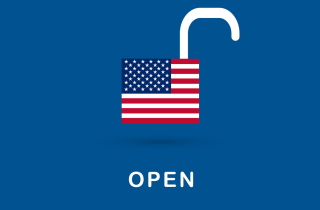 For over a year, the world’s longest international border has remained closed to non-essential travel. On May 21, the closure was extended for another month. There was some speculation that the officials would loosen some border restrictions in May, but the situation remained unchanged. Now, with the closure expiration date less than a month away, there is some indication that Canadian officials are considering a plan to reopen the border with their largest trading partner.

Since the closure was extended in late May, Prime Minister Justin Trudeau has been clear that the border will only open when they believe it will be safe for Canadians. The government’s goal, he says, is to ensure that opening to border will not lead to another spike in cases that could result in another shutdown.

It is unclear precisely what metrics the Canadian government will base its decisions on. Trudeau has insisted that reopening would require at least 75 per cent of Canadians to receive at least their first dose of the vaccine (note that “first dose” does differ from the common data measure “received at least one dose”). There is a discrepancy between the U.S. and Canada regarding their vaccine rollout.

As of May 19, Canada surpassed the U.S. in the number of people who had received at least one dose of the vaccine. As of June 2, Canada’s numbers stood at 58 per cent in this metric compared to the U.S.’s 50 per cent. However, Canada has less than eight per cent of people fully vaccinated, whereas the U.S. has more than 41 per cent.

However, there have been no indications from Ottawa that meeting a 75 per cent first-dose threshold will be sufficient by itself to open the border. Transport Minister Omar Alghabra has indicated that officials are considering several measures in addition to having at least a first dose. These tertiary numbers include hospitalization rates, infection rates and variants of the virus.

Additionally, Canadian lawmakers may insist on some form of vaccine documentation as a prerequisite to opening the border. In an April 27 news conference, Trudeau pointed out that vaccine documentation has been an aspect of international travel in the past, and it is “naturally expected” it would include the COVID-19 vaccine going forward.

Americans are advocating for the border to be unilaterally opened. Proponents of this, such as Congressman Brian Higgins, believe this would allow Canadian citizens easier access to vaccinations. Also, he argues it would benefit both Americans, and Canadians, rather than staying silent on the issue. Lastly, unilaterally opening the border may put pressure on the Canadian government to make a similar move.

Canada’s Angus Reid Institute polled Canadians regarding vaccine passports. The results showed that over three-quarters of Canadians believe that a vaccine passport should be required to travel to the U.S. There have been mixed signals from American lawmakers on this issue.

Canadian officials will need to decide to extend the closure or open the border by June 21. It is difficult to speculate what an opening would look like, and what it would require. Although there does seem to be Canadian support for a vaccination passport, this may not resonate on the American side. Regardless, it does appear that the data supporting the reopening of the border is improving, and lawmakers are giving it more consideration.