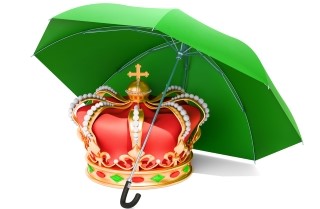 In July 2019, Ontario enacted the Crown Liability and Proceedings Act, 2019 (CLPA), replacing the Proceedings Against the Crown Act. As we noted in our 2019 article, the CLPA garnered much attention and varying predictions for the future of Crown liability. Most commentators’ first reaction was concern over the government’s apparent attempt to insulate itself from liability by the inclusion of various controversial provisions, chief among them s. 11. Section 11 defines what “policy matters” and “regulatory decisions” are immune from suit, something unheard of in Crown liability statutes across Canada.

The statutory reach of s. 11 was not lost on members of the legislature. When questioned by a member of the opposition as to whether s. 11 extends immunities beyond the common law — specifically the common law’s policy/operational dichotomy where “core” policy matters are immune from suit while operational negligence is not — the attorney general asserted that the CLPA has no such effect, but rather “codifies existing case law set by the Supreme Court that states that good faith policy decisions by governments are non justiciable.” Such an assertion seemed to belie the plain wording found in s. 11 which in broad strokes defines a wide range of actions as immune “policy” matters or “regulatory decision[s]”.

With this codification narrative and the plain English of the CLPA offering contradictory signposts, advocates turned to the courts for their interpretation of s. 11. Nearly two years on, and following various lower court decisions interpreting s. 11, the Ontario Court of Appeal rendered its first decision in March 2021 in Francis v. Ontario 2021 ONCA 197.

The Court of Appeal forcefully disposed of Ontario’s argument that the systemic negligence claim advanced in Francis is a “policy matter” barred by s. 11. Interestingly, because of the court’s primary finding of Charter liability, the panel did not need to discuss the CLPA (which allegedly immunized negligence liability only). The court’s reasons suggest they were taken aback by the Crown’s arguments, arguments which would result in a complete elimination of the common law’s policy/operational dichotomy. The court narrowed s. 11’s application in alignment with the existing common law test on the policy/operational dichotomy (para. 118).

The court set out three reasons for narrowing the application of s. 11: there was no clear, unequivocal expression of legislative intent to change the common law policy/operational dichotomy; Ontario’s interpretation offended the purpose of the statute, which is to limit Crown immunities; and the attorney general’s “codification” narrative ought to be followed in the absence of any alternative explanation for the aforementioned contradictory signposts (paras. 127-129). Here, the court’s words sting: “… to adopt Ontario’s expansive meaning would require a conclusion either that the Attorney General, at the time, did not understand the effect of the legislation being introduced, or that she misled the Legislature as to its intention and effect. … an interpretation of the CLPA that maintains the existing separation between policy decisions and operational decisions takes the Attorney General at her word.” (para. 129).

Prior to Francis, there had been some disagreement in the Superior Court over the effect of s. 11. While the Court of Appeal’s decision affirms the narrow approach taken in Barker v. Barker 2020 ONSC 3746, Cirillo v. Ontario 2020 ONSC 3983, aff’d 2021 ONCA 353, and Leroux v. Ontario 2020 ONSC 1994, it rejects the reasoning in Seelster Farms Inc. v. Ontario [2020] O.J. No. 2946 to the effect that. s. 11 forced a seismic shift. A read of lower court decisions dealing with s. 11 issues suggests that Ontario’s arguments concerning s. 11 shifted in the leadup to Francis. For example, in Barker and Cirillo, the decisions characterize Ontario’s view of s. 11 as a codification that did not substantially change the law and which “essentially preserves the traditional line between matters for which the Crown can be held liable and policy matters for which the Crown is immune” (para. 1264). In Leroux, when pressed, “[c]ounsel for the defendant government … could not satisfactorily explain what tort claims would be extinguished and what tort claims would be allowed to proceed [per s. 11]” (para. 29). In Francis, both before the motion judge and on appeal, Ontario went beyond the “codification” narrative, to a “clarification” narrative in which s. 11 “does more” than merely codify (Francis, para. 116; Francis v. Ontario [2020] O.J. No. 1714, paras. 495-497).

Two years on and the common law policy/operational dichotomy is still with us. While the law may yet change — for example, should Francis make its way to the Supreme Court of Canada and be overturned — what we have today is a clear indication from the highest court in Ontario that s. 11 has not pulled us back into the old world of near-limitless Crown immunity. While there are other decisions with s. 11 issues that are making their way to the Court of Appeal, we can expect that the court will follow its Francis precedent.

What then of s. 11 of the CLPA? While it is easy to survey the initial outcry and conclude that initial fears of immunity were unfounded, the fact remains that Ontario enacted a lengthy list of activities in s. 11 that apparently gave rise to a no tort liability outcome. The question still remains as to why Ontario went to this trouble if the goal was merely a codification of the common law? In other words, Francis, while surely analytically sound, never engages with the reality that Ontario seems to have intended something more than codification, even while its counsel struggled to articulate how s. 11 does more than codify the law.

Francis does not answer that question, and possibly because its answer lies somewhere beyond the bounds of legal analysis. What remains to be seen is whether the CLPA issue is now finally decided, whether ongoing constitutional challenges to s. 11 will continue, and how Ontario will respond. However, if Francis winds up being the last word, the brief history of s. 11 will go down as one of the oddest moments in legislative/judicial dialogue over a major new statute with absolutely no consequence of which to speak.

Lara Koerner-Yeo is an associate at Cavalluzzo LLP who practises in the areas of Aboriginal and treaty rights, administrative, constitutional and human rights law. Stephen Moreau is a partner with the firm who practises labour, employment, class actions and public interest law.