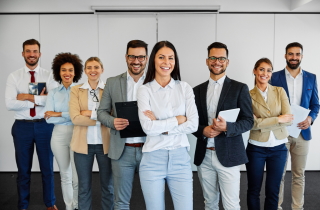 This is not acceptable.

For businesspeople with lower amounts in dispute — yet amounts important to at least the claimant and possibly the respondent — there often are access to justice challenges.

Claimants with disputes up to $50,000 in Alberta, $35,000 in Ontario, B.C. and the Northwest Territories, $30,000 in Saskatchewan, and lower amount elsewhere in Canada, have access to small claims courts. For somewhat higher amounts (for example, below $100,000 in B.C. and $200,000 in Ontario), there are fast-track or simplified procedures. Above those limits, affordable adjudicated dispute resolution options are limited or non-existent.

Dropping the part of the claim above the limit to shoehorn into a small claims court or simplified/fast-track procedure is not an attractive — or fair — option for claimants. Arbitration is often thought of as a less expensive and faster alternative to litigating in court. It can be — and it should be.

Courts, faced with significant backlogs, continue to adapt to the pandemic and its consequences and try to prepare for the post-pandemic world, although with varying degrees of success. Arbitration increasingly is an attractive option for efficiently, expeditiously and cost-effectively resolving parties’ disputes. However, from an access to justice perspective there can still be challenges with arbitration.

Traditionally, arbitrators in Canada, and much of the rest of the world, have been drawn from current or senior counsel, former judges and academics. Now, however, in many parts of the world we are seeing more younger arbitrators. They are knowledgeable about and skilled in arbitration. They offer quality and efficient arbitrator services. Their rates, which can be more affordable, broaden the types of matters that can be resolved through arbitration to include disputes where cost is an issue for one or more of the disputing parties.

Importantly, with the increase in disputes since the pandemic began — especially for smaller and medium size businesses — and with greater delays in the courts, the size, range and type of disputes that can and should be handled cost-effectively, efficiently and expeditiously in arbitration should increase.

For example, the recently launched NextGen Roster of arbitrators, an initiative of Arbitration Place, features 12 younger arbitrators across most of Canada to offer a wider pool of younger and less expensive arbitrators.

Younger arbitrators may also have greater availability to take on arbitrations on short notice and on tight timelines and issue expedited decisions where the disputes need urgent resolution.

Many arbitral institutions’ procedural rules now offer fast track arbitrations for disputes involving smaller amounts. For example, expedited arbitration procedures of ICDR Canada, the Canadian arbitration arm of the AAA’s International Centre for Dispute Resolution, apply in any case in which the disclosed claim or counterclaim does not exceed $250,000 (exclusive of interest and the costs of arbitration).

Technological innovations are being combined with arbitration and ADR to offer efficient, expeditious and cost-effective dispute resolution processes.

For example, recently a U.S. company, New Era ADR, established a platform allowing digitized processes for case management, messaging between parties, videoconferencing and document management. The company is seeking to resolve commercial disputes within 100 days and reduce the parties’ expenses.

Another company, Jur, is also active in the online dispute resolution space. Jur offers a virtual platform for arbitration and helps manage the process. The arbitrator is selected by an algorithm from a list of vetted candidates. More virtual arbitration options certainly are coming.

Arbitral institutions have started to offer options for disputes within lower set amounts. These programs often fix the costs, and fix the deadline, for a decision. In the U.K., the CIArb’s Business Arbitration Scheme is available where the amount in dispute is 5,000 pounds to 100,000 pounds. Recoverable legal fees are capped at 1,000 pounds and the arbitrator’s fee and administrative costs are set at 1,250 pounds. A decision is made within 90 days from when the arbitrator is appointed.

One London chambers, No5 Barristers’ Chambers, is offering an arbitral decision within 21 days based only on a written record and written argument for disputes up to 25,000 pounds for a cost of 500 pounds.

Arbitration need not be reserved for high value disputes with long timelines. That is not what many parties are looking for, need or can afford. They require their disputes resolved cost effectively and expeditiously so that they can focus on their businesses and the commercial challenges they face.

Removing some — even many — commercial disputes from our court system can also improve access to justice for other litigants as court resources are freed up for disputes which cannot be resolved privately, such as criminal matters.

Eric Morgan is a partner at Kushneryk Morgan LLP, a new boutique law firm in Toronto, and an arbitrator on the NextGen Roster at Arbitration Place. He is a member of the advisory board of Young Canadian Arbitration Practitioners (YCAP), where he co-founded the Policy and Advocacy Committee, and he was a North American representative on the ICC Young Arbitrators Forum.