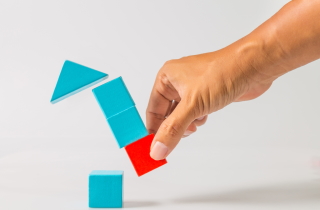 How franchisor system changes led to dismissal of injunction application, part one

This article analyzes the recent franchise decision of June 1, 2021, from the Ontario Superior Court of Justice in Ottawa in Greco Franchising Inc. v. Milito 2021 ONSC 3950, involving an interlocutory injunction application by a fitness studio franchisor, Greco Franchising, against an Ottawa-based franchisee, which the court ultimately dismissed in the franchisee’s favour.

The underlying conflict in this case revolved around Greco’s newly introduced online at-home exercise program during the COVID-19 pandemic, the resulting government shutdown of fitness studios and the restrictions that Greco imposed on franchisees and how that impacted the franchisee.

The court’s decision by Justice Charles Hackland in Ottawa is probably one of the first substantive decisions analyzing the impact of COVID-19 on the franchise business model — what changes the franchisor made to the system and how that impacted the franchisee. In this case, the court found that the changes to the franchise system — and therefore to contractual rights — appeared to be fundamental. This had a significant impact on the interlocutory injunction application test.

Greco Franchising Inc. (Greco), the franchisor of the Greco System of fitness studios, brought an interlocutory injunction application to refrain the respondent franchisees and related parties from operating a fitness studio outside of the Greco franchise system.

The franchisor’s main ground was that the franchisee, 2483425 Ontario Inc. (248), was operating a competing fitness studio from the original franchised premises in violation of the in-term non-compete covenants of the franchise agreement.

Greco rolled out its online at-home exercise program, which it called Greco Method At Home (which in this article will be referred to simply as the “online program”). The online program imposed several new operational and financial restrictions. Unlike the original in-studio programs, Greco was now in charge of soliciting and offering the online program directly to 248’s gym members.

The financial terms of Greco’s online program also substantially differed from other programs. Before the pandemic, franchisees retained the membership fees, subject only to payment to Greco of a fixed monthly royalty. With the new online program, Greco set the prices, collected payment directly from studio members and then shared the net revenues 50/50 with the respective franchisees, after accounting for the monthly royalties.

Also, of significant importance to the legal analysis, these changes were not purely in response to the pandemic and the government shutdown and were not temporary. The evidence showed that Greco started developing the online program before the pandemic and that it intended to make it and its new financial arrangements permanent (all of which are inconsistent with the argument that this online program was purely in response to the pandemic).

Greco also attempted to amend the franchise agreement with 248 to reflect these changes, but 248 refused to sign the amendment.

The dispute between Greco and 248 intensified over time. They engaged in extensive negotiations through legal counsel. These evolved into termination negotiations, including permitting 248 to de-brand its fitness studio. Greco seemed agreeable that 248 would pay it certain amounts and would withdraw from the franchise system and continue operating an independent fitness studio from the same location.

Before the parties finalized the negotiations, 248 sent an e-mail to all its active members advising that it was converting its Greco franchise to reopen as a “TG Athletics” studio. Later, 248 sent a termination letter to Greco, alleging a fundamental breach of the franchise agreement and a breach of the duty of good faith and fair dealing. Greco took the position that 248 breached its in-term non-competition covenant.

The court held, albeit in relatively brief reasoning, that the applicable test on the first leg of the interlocutory injunction test was a “strong prima facie case.” This is of course a much higher bar than the normal first leg of the interlocutory injunction test, which is “serious issue to be tried.” The court explained that the bar of strong prima facie case meant an almost certainty of succeeding (as opposed to the much lower “serious issues to be tried” threshold which is normally met, generally speaking, by merely showing some merit to a party’s position).

The main ground for applying this much higher threshold of strong prima facie case was the little time left in the franchise term — there were only about three months left. The court held that it would be impossible to bring the issues to trial before the expiration of the agreement, and therefore an interlocutory order would have the effect of finally determining or rendering moot at least some of the issues in dispute.

Another factor that the court relied on in applying this higher standard was the impact of the injunction — it would interfere with a person’s ability to earn a livelihood. In the next article, we will see that Greco did not meet the strong prima facie case.