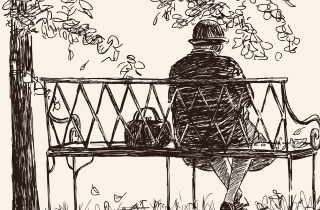 In A Biography of Loneliness, published in 2019, author Fay Bound Alberti observed that the loneliness of bereavement is “a great leveller of experience; there is a depth of social and familial isolation linked to widow(er)hood, whether one is princess or pauper.”

Indeed, one of the most powerful images in recent months was Queen Elizabeth II sitting alone at St. George’s Chapel during the funeral of Prince Philip, her husband of 73 years. Dressed all in black, the royal widow sat a safe distance from her family, per COVID-19 protocols.

Symbolizing how the global pandemic has forced older adults to grieve their lifelong partners in isolation, the photograph “led many to sympathize with the Queen, showing her as a lonely widow rather than a powerful leader,” wrote Daniel Politi, an Argentina-based journalist.

Across class and gender lines, widowhood is among the most stressful life events, a process of intense grief followed by major readjustment to living without one’s partner.

Loneliness can surge following spousal loss, not only compromising health, but also putting survivors at risk for elder abuse.

Fraudsters are well-aware of the loneliness that can accompany bereavement. Some regularly read obituaries to find widowed seniors they can befriend and take advantage of, often through ruses like home renovation schemes. Scammers also pose as government tax collectors, demanding personal information or payment under threat of fines or jail.

Amid the pandemic, loneliness has increased due to perpetual lockdowns and other isolating health measures. This has ripened the climate for financial harms against elders, as loneliness is associated with an increased risk for elder abuse. Indeed, the Canadian Anti-Fraud Centre has warned about scammers preying on people’s vulnerabilities during the pandemic. Some pose as financial advisors, pressuring seniors to invest in hot new stocks related to COVID-19.

Wrongdoers can also be family members, friends, and caregivers who take over daily financial tasks to exploit homebound seniors who are unable or unwilling to leave their house, or who lack internet access. Joint accounts can be drained and powers of attorney abused.

Before the pandemic, these and other forms of elder abuse were already a serious concern, and they have skyrocketed during COVID-19. Elder Abuse Prevention Ontario said that in normal times, its Seniors Safety Line would receive about 800 calls per month; in April 2020, it reached that number in a matter of days.

Elder abuse prevention requires commitment from the whole community. Within the legal profession, there is no shortage of goodwill to combat the problem, but lawyers’ ethical duties can present a dilemma. “As a member of the community, the lawyer may feel a moral imperative to take steps to protect a client at risk of abuse,” writes Australian legal scholar Margaret Castles. “However, legal ethical rules do not reflect the community’s moral position. They restrain the lawyer from acting as their instincts might suggest.”

With some legislative exceptions, client confidentiality may only be breached in very limited circumstances. Under the Canadian Federation of Law Societies’ Model Code of Professional Conduct, which has been adopted by many jurisdictions, a lawyer may disclose confidential information when they believe “on reasonable grounds that there is an imminent risk of death or serious bodily harm, and disclosure is necessary to prevent the death or harm.” This high threshold does not capture less serious, but common, instances of elder abuse.

Within these constraints, what can lawyers do to minimize elder abuse among their widowed clients? The starting point is to respect personal autonomy and support decision-making capacity. Older clients are not incapable simply because they make bad decisions.

But loneliness can affect decision-making. Especially when chronic, loneliness is associated with distorted social perceptions and maladaptive social behaviours. In the solicitor-client relationship, loneliness can manifest as impulsivity; clouded judgment; reluctance to disclose important information like financial troubles or abuse; hypersensitivity to perceived criticism; lack of assertiveness about one’s needs; and rejecting assistance.

Given these problems, legal professionals should familiarize themselves with the risk factors for loneliness. Beyond widowhood itself, these include living alone or being institutionalized; being male (older men often have smaller social networks); and illness, immobility, or sensory impairment. Subtle signs of loneliness include social withdrawal, passivity, irritability, hostility, and low self-esteem, all of which can easily be misinterpreted as depression or cognitive decline.

Although it is not the lawyer’s role to be a therapist, if you suspect your client may be lonely, try to gently raise the subject (e.g., “I read a newspaper article today about people feeling increasingly lonely”) or ask about their living situation and how they feel about it. Given the shame that often accompanies loneliness, clients may be reluctant to discuss it. But if they do, validate their feelings and remind them they are not abnormal. Especially during these trying times, loneliness can happen to anyone — even you, the lawyer.

For widowed clients, the combined emotional toll of COVID-19 and bereavement may make them more susceptible to loneliness — and elder abuse. By familiarizing yourself with the warning signs and consequences of loneliness, you can become more patient and empathetic with your lonely clients, and possibly help them gain insight into how loneliness is negatively affecting their financial and legal decision-making. 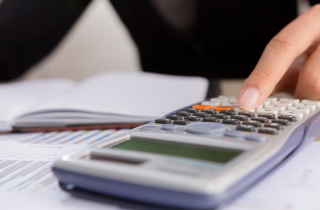