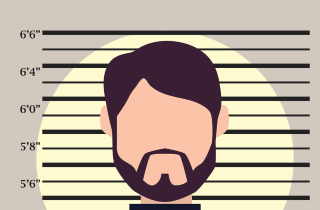 In December 2018, Bill C-46 came into force and introduced new law in relation to transportation offences (now referred to as conveyance offences), including offences related to alcohol and drug impaired driving.

The new legislation modified aspects of the sentencing regime as it relates to alcohol and drug impaired driving offences (DUI), including by increasing the maximum sentences for these types of offences to 10 years’ imprisonment instead of five, when the Crown proceeds by indictment. This subtle change in the provisions of the Criminal Code of Canada has the ability to profoundly impact the lives of residents in Canada who are facing a DUI charge and who do not have citizenship in the country.

Through a combination of s. 320.19(1) of the Criminal Code (the sentencing provision for these types of offences) and s. 36(1) the Immigration and Refugee Protection Act (IRPA) (an immigration law provision that is triggered due to criminality by non-citizens), a conviction for a DUI under the Code would be considered “serious criminality” and render the individual inadmissible in Canada. It is immaterial whether the Crown proceeds by summary conviction or by indictment in a particular case, given that all convictions under the IRPA are presumed to be by indictment, pursuant to s. 36(3) of the IRPA.

The stakes are now very high for all non-citizens who are charged with an offence of this nature, particularly because there is no way to avoid a criminal conviction after an individual either pleads guilty or is found guilty of a DUI, given the mandatory minimum fines that apply. According to s. 734(1) of the Criminal Code, any fine imposed as a sentence is regarded as a criminal conviction

There are some concerning aspects surrounding potential effects of this amendment. One of these is that, since maximum punishments are rarely imposed in practice, the import of this modification will primarily affect non-citizens, including long-term permanent residents who may have no further ties to their home country. While Parliament’s objective in passing Bill C-46, on a general level, was to take a more punitive, crime-control style approach to the investigation and prosecution of DUI offences, the impact of this change in the law could be disproportionately punitive to individuals who do not possess citizenship in Canada.

Moreover, for non-citizens, every time a conviction for a DUI offence is registered, collateral immigration consequences will follow, regardless of the severity of the matter in question. For example, an individual who operates a vehicle and has a blood alcohol concentration that is merely slightly above the legal limit, without any apparent aggravating features to the offence, is at risk of being inadmissible in Canada.

Additionally, given the discreteness of this change of law, there is the potential that self-represented individuals may not be aware of the potential gravity of these collateral immigration consequences that a DUI conviction entails. Within this context, it is incumbent on all justice participants, including duty counsel lawyers who often provide advice to unrepresented people and judges who oversee unrepresented judicial pretrials, to ensure these individuals are aware of the current state of the law.

On a practical level, this amendment could have the effect of further burdening an already overwhelmed Ontario Court of Justice by increasing the number DUI cases that are set for trial. In the face of potential deportation by pleading guilty to a DUI, non-citizens may be inclined to set a trial date, even if they do not have any viable defence. To some extent, this could counteract the objective of provincial governments’ ignition interlock programs, which were introduced to provide individuals an incentive to resolve their DUI matters — thereby reducing some of the case backlog that exists in many jurisdictions.

From a constitutional law perspective, one can anticipate that the sequence of laws which create the possibility of a non-citizen of being deported for any DUI conviction will face constitutional challenges. While it is beyond the scope of this article to write in detail about the potential ways in which this might be done, one potential constitutional right that immediately stands out as being at issue is the right to not be subjected to cruel and unusual punishment, under s. 12 of the Canadian Charter of Rights and Freedoms.

For a cruel and unusual punishment to succeed, the applicant would have to establish either: (a) that the punishment in question, including the effect thereof (such as deportation), would be grossly disproportionate to what would be considered a fit sentence in the case or (b) the punishment in question would be grossly disproportionate to what a reasonable hypothetical offender ought to receive (such as an individual who provides a sample that is only marginally above the legal limit).

For now, all individuals who do not hold Canadian citizenship and who are charged with a DUI offence need to take extra care in navigating the criminal court process and understand the potential ramifications of being convicted of a DUI offence, regardless of how serious they believe their matter to be

Andrew Captan is a lawyer practising exclusively in criminal defence throughout the Greater Toronto Area. He can be reached via his website; e-mail, andrew@captanlaw.com, or call (647) 878-6355.