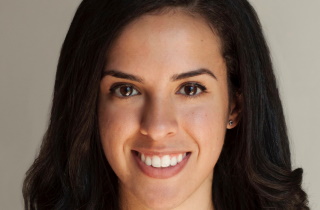 COVID-19’s impact on worker’s rights and the Workplace Safety and Insurance Board (WSIB), as well as whether or not employers can require a vaccine, were issues highlighted in a University of Toronto Faculty of Law webinar titled “Employment Law in Pandemic and Recovery.”

Speakers Jennifer Fehr, of Downtown Legal Services, and Rita De Fazio, of IAVGO Community Legal Clinic, reviewed changes to regulations as well as impacts on workplaces in the webinar, which was hosted on June 8.

Fehr and De Fazio highlighted the shift to working from home as major change brought on by the pandemic that could raise privacy issues.

Moving forward, Fehr anticipates there will be more remote work, which could “lead to more concerns about privacy.”

“Particularly if you’re working from home and your employer wants to make sure you’re working or do monitoring. That’s going to create some issues around, well ‘I don’t want to be monitored in my home,’ but the employer has some ability to check in to see if you’re working. I think we’re going to see more case law around that,” she added. 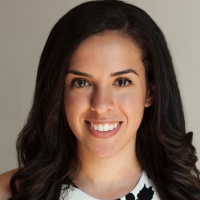 De Fazio explained that, even though people may be working from home, they could still be covered by WSIB in case of an injury that occurred “in the course of employment.”

If a worker has a “fixed workplace, an injury occurring on the premises of that workplace will generally be in the course of one’s employment and an injury occurring off of those premises will generally not have occurred during course of employment,” De Fazio noted, adding that individuals with a “fixed workplace who are injured absent from the workplace while doing work for their employer, or individuals normally expected to be working away from a fixed workplace, may still be covered if the accident occurred in a place where the worker could be reasonably expected to be while engaged in a work related activities.”

“For many people the pandemic has caused a shift in what is considered to be the premises of one’s workplace. So if you’re injured while working from home and you’re reasonably expected to be at home than you may still be covered, but if you chose to work from your best friend’s house for the day, the WSIB may be more skeptical of whether this criterion was met,” she explained.

She stressed that, similarly, engaging in a “brief interlude of personal activity,” such as making their lunch, it does not always mean the worker was not in the course of employment.

De Fazio said the WSIB will look at the duration, nature of the activity and the extent it deviated from the worker’s regular employment activities. However, she noted, making a WSIB claim when working from home might be more difficult because workers may “not have the benefit of any witnesses.”

Fehr anticipated that a big topic during the pandemic recovery will be “can an employer require the COVID-19 vaccine?” She noted that it will “depend on the circumstances.”

“The first thing people might want to look at is ‘is this a workplace that already requires vaccinations or immunizations?’ Both the Long-Term Care Homes Act and the Child Care and Early Years Act require immunization programs either according to their local public health guidelines or according to best practices,” she explained, adding that these cover workplaces that care for the “most vulnerable populations.”

Fehr believes that it’s “likely that a COVID vaccine would be required in these circumstances.”

“For example, is it a unionized environment?” she said, noting that “as long as an employer provides a non-unionized worker with notice, they don’t need a good reason for termination should they chose to end their employment.”

“An employer with a union needs to demonstrate that they actually have a good reason, so that’s going to impact on how we look at whether or not an employer can require you to be vaccinated,” she added.

Fehr stressed that there are “no circumstances in which an employer can enact a policy or refuse to hire somebody if doing so would violate the Human Rights Code. So if the non-unionized employee has a reason that was related to a prohibited ground of discrimination, such as disability or creed, for refusing a vaccination, an employer would not be entitled to terminate their employment without demonstrating that to keep them employed would constitute an undue hardship.”

In order to do that, she said, the employer would “have to prove that the vaccination is a bona fide occupational requirement and that no other shorter measures, or lesser measures than vaccination, were possible. They have to examine whether that employee could remain employed if they’re masked or worked from home, [or] undergone regular testing.”

Fehr noted that one consideration for assessing undue hardship will be whether there’s a “risk to the health and safety of other employees.”

“If continuing to employ somebody who is not vaccinated, and the lesser measures would still pose a risk to other employees, that may be an undue hardship to the employer and they may not be required to employ that individual,” she said, adding that this is where “the nature of the work environment really matters to the analysis.”

Fehr noted that COVID-19 vaccinations in a hospital are going to be “more necessary or bona fide to the work that is required than it might be for maybe someone who works outside as a sanitation worker.”

The issue of required vaccinations has already been litigated under the influenza vaccine in hospitals, she explained, adding there are a few cases that consider whether employer policies were reasonable or not.

“These policies were called the ‘vaccinate or mask policy’ grievances,” she said, and they involved flu shots for health workers in hospitals.

Fehr said these policies required employees to either get the flu shot or wear a mask for the duration of the flu season, which is from November to April. The objective was to prevent asymptomatic transmission.

One of the tests for these cases is that “the rule cannot be unreasonable,” she said, noting that “in considering whether or not it is unreasonable there’s a balancing that has to happen between the employer’s interest and the employee’s right to privacy.”

Fehr explained that in these grievances “there was a lot of expert evidence on the efficacy of the vaccine and of masking in preventing transmission.” She noted that in two cases the arbitrators “found that the policy was unreasonable.”

“The reason they found it was unreasonable, and this is important, it was they found that the flu vaccine was no more than 60 per cent effective. So even where vaccinated, workers could still get the flu,” she said, adding that there was also “very little evidence of asymptomatic transmission of the virus and there was an acknowledgement on the part of the arbitrators that requiring employees who are not vaccinated to wear a mask for 12-hour shifts from November until April was a really big ask.”

Fehr said that if this analysis were to be rerun in the current circumstances, “one big difference is the COVID-19 vaccine has been demonstrated to be more effective than the flu vaccine.” Another big difference is that “COVID is far more deadly than the flu and has more long-range consequences,” and unlike the flu, “there’s a serious problem with COVID and asymptomatic transmission.”