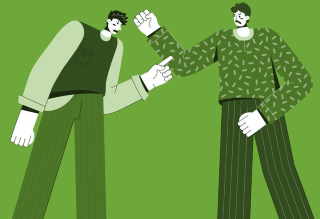 The Ontario Superior Court’s April 27, 2021, ruling in Coutinho v. Ocular Health Centre Ltd. 2021 ONSC 3076, further provoked an already spirited debate among employment lawyers regarding the proper interpretation and application of Ontario Regulation 228/20 (Infectious Disease Emergency Leave or IDEL Regulation); namely, whether the regulation effectively operates to bar an employee from pursuing a civil claim for constructive dismissal in circumstances where their hours of work or pay, or both, have been reduced or eliminated for reasons related to COVID-19.

A little over a month later, on June 7, 2021, the court shook the beehive again when it released its decision in Taylor v. Hanley Hospitality 2021 ONSC 3135, finding that Coutinho was wrongly decided. In Taylor, the defendant moved under rule 21 of the Rules of Civil Procedure for an order dismissing the plaintiff’s claim that the defendant constructively dismissed her when it laid her off on March 27, 2020, due to “unfavourable economic conditions” caused by COVID-19. The court granted the motion, finding at para. 21 that the IDEL Regulation “can and did change the common law” because the “context” of IDEL and the IDEL Regulation make it “obvious to the world what the legislature’s intention was.” According to the court in Taylor, “the courts have never held that s. 8(1) prevents the ESA from displacing the common law,” and moreover, “the law would be better served by a decision that applies common sense.”

Not surprisingly, employment lawyers are congregating mostly along political lines: employee counsel quickly formed an amen corner in support of Coutinho while employer counsel, for whom the decision is no doubt a burr in the hide, are forming a queue behind Taylor, and in particular, the  court’s remarks at para. 22 that “subjecting employers to wrongful dismissal claims … would only serve to make the economic crisis from the pandemic even worse.” A ruling from the Ontario Court of Appeal on this issue seems all but imminent.

For now, the debate continues. In that vein, Coutinho and Taylor leave open several untouched yet incisive arguments regarding the proper interplay between the IDEL Regulation, the ESA and the common law, the most significant of which, in my opinion, concerns the application of the law of mitigation, which I will canvass last.

First, if the purpose of the IDEL Regulation is, in fact, to pull up the drawbridge to common law constructive dismissal claims, then what to make of s.  8(1) of the regulation, which deems any complaint submitted with the Ministry of Labour alleging constructive dismissal as a result of a reduction of hours or pay due to COVID-19 not to have been filed? This is an implicit, if not express acknowledgement of s. 97 of the ESA, which bars an employee who has filed a complaint with the Ministry from bringing a civil claim. To put it another way, if the intent of the IDEL Regulation is to shut the door on constructive dismissal claims altogether, then why include s. 8(1)? Why not simply impose an unequivocal prohibition on all claims?

Second, one can fairly argue that the IDEL Regulation neither permits nor bars an employee from bringing a civil claim for constructive dismissal; rather, it suspends that right for the period of time during which the Regulation is in force (see: Are COVID layoffs constructive dismissals? Maybe). To the extent the IDEL Regulation conflicts with s. 8(1) of the ESA, a careful parsing of Part XXVII of the ESA (Regulations), and in particular, subsection 141(2.0.4) (which states that regulations prevail in the event they conflict with the Act), yields the conclusion that the IDEL Regulation carries the day. However, this conclusion rests on a rather byzantine interpretation of the ESA, casting doubt on whether the legislature actually turned its mind (or even could have) to the interaction between s. 141 and the IDEL Regulation in its rush to stop the bleeding caused by COVID-19. One could plausibly assert that s. 141 of the ESA is merely proof of legislative mothballing.

Third, even if we accept that the IDEL Regulation does not thwart the common law, the unassailable reality is that many (if not most) businesses, made their decision to stop paying employees under extreme financial duress and in the midst of overwhelming and unprecedented uncertainty. In addition, a great many employers have been unable to avail themselves of express contractual terms bestowing the right to temporarily lay off their workers. Prior to the pandemic, discussions concerning temporary layoff clauses in non-unionized environments rarely occurred, or at least in my experience. Such provisions were typically viewed in the same light as severability or entire agreement clauses, which is to say they were more or less ignored.

Thus, the manner in which most employers have shed staff during the pandemic cannot be branded as “voluntary” or as “evidencing an intention to no longer be bound” by their employment contracts. The mass interruption to employment caused by COVID-19 is an indubitably extrinsic, unique and unforeseen event, and therefore is, in my view, more accurately described as a frustrating event than a fundamental breach of contract. The pandemic has not been a case of businesses attempting to pass the cost of their own incompetence or greed on to their employees by way of mass layoffs, nor is the pandemic a “reasonably foreseeable” recession.

Third, there is arguably a role for the law of equity. In at least one case, the Ontario Superior Court invoked equity to address the unique circumstances of the pandemic. In Iriotakis v. Peninsula Employment Services Limited 2021 ONSC 998, the court, at para. 21, refused to reduce the plaintiff’s damages for wrongful dismissal by the amount of Canadian Emergency Response Benefit payments that he received “given his limited entitlements from the employer post-termination relative to his actual pre-termination earnings.” The court found that to do so would “not be equitable.” The court in Taylor also tipped its cap to equity at para. 22, stating that the “Ontario Government recognized the inherent unfairness in subjecting employers to wrongful dismissal claims as a result of the government imposing a state of emergency.”

Finally, the law of mitigation offers what I believe is the fairest compromise. The common law of reasonable notice, and of constructive dismissal, is inextricably bound up with the law of mitigation. As a general rule, an employee claiming damages for wrongful dismissal cannot sit idly by while their notice period runs its course. In the absence of an enforceable liquidated damages clause, an employee has an affirmative legal duty to make reasonable efforts to cut their losses by searching for comparable employment. It is well settled that in the context of a constructive dismissal, or an alleged constructive dismissal, this duty can require an employee to continue working for their employer in the face of unilaterally modified contractual terms if continued employment would not be objectively intolerable; i.e., the employee’s working conditions are not toxic or humiliating.

In Farwell v. Citair, Inc. (General Coach Canada) 2014 ONCA 177, the Court of Appeal for Ontario found that requiring an employee to continue working for an employer post-notice in appropriate cases is desirable from a policy standpoint. According to the court in Farwell, at para.19, an employee’s obligation to mitigate by remaining with their employer for the notice period is an aspect of the law of efficient breach and courts “ought not” discourage this.

This then begs the question: is it reasonable to require that an employee who has been sent home with reduced hours or pay, or no pay at all, as a result of the nefarious impact of COVID-19 remain with their employer until at least the expiration of the IDEL Regulation?

It is not unreasonable. Employees on IDEL have access to enhanced government benefits. Being at home arguably reduces, if not eliminates toxicity in the workplace (granted, it comes with other challenges, especially for people with children). Employees on IDEL have time to search for new employment if they wish. Furthermore, requiring an employee to remain with an employer who might recall them to work, thereby allowing them to earn income while they search for something better or more permanent, would seem to make a great deal of sense, especially in a depressed labour market.

All that being said, and labyrinthine legal arguments aside, we must not lose sight of the fact that our provincial and federal governments have had to make a running series of difficult policy decisions on the fly. Therefore, it would be unreasonable to expect their emergency legislation to be devoid of interpretive gaps.

At the end of the day, legal principles must be applied honestly yet contextually in order to do justice between parties. Absolutist narratives bely the inescapably indeterminate nature of legislation. It is simply impossible to map out the seemingly infinite permutations of human behaviour, especially during a global health and economic crisis. More often than not, we are required to make ad hoc adjustments. The law is nothing if not a collection of reasoned and often very difficult compromises.

Employee counsel cannot obsequiously kiss the ring of the common law for the purposes of claiming wrongful dismissal damages and at the same time resist the application of mitigatory factors because of the “unprecedented economic challenges” facing workers (they face us all). For their part, businesses must accept a fair share of the economic fallout caused by COVID-19. The pandemic has hit employees especially hard, devastating lives and families across the country. This is a truly horrible time.

I have no doubt that the Court of Appeal will eventually be asked to settle the debate over the meaning and scope of the IDEL Regulation. However, this would appear to be a task better suited to the legislature as the regulation was borne of emergency government action in the first instance. To paraphrase Alexander Hamilton, the IDEL Regulation may, at first sight, seem a remedy, but it has become a semantic poison, running rivulets of confusion throughout the employment bar. Let’s hope the matter is finally settled soon.