After a year of consultation and research, The Advocates’ Society has released a report on the future of advocacy in Canada.

The report, titled The Right to be Heard: The Future of Advocacy in Canada, was released on June 14 and highlights the foundations of oral advocacy, the impacts that COVID-19 has had on the justice system and concludes with a summary of the key principles which emerged from the consultation process and a set of recommendations, including a model framework.

According to a news release, The Advocates’ Society established the Modern Advocacy Task Force “in the spring of 2020 to make recommendations with respect to the future of oral advocacy in the Canadian justice system.” 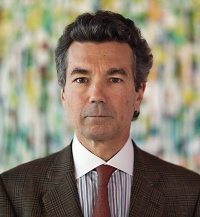 The pandemic “required Canadian courts to make massive changes virtually overnight” and the task force’s recommendations seek “to expand and build upon those adaptations, while preserving the elements of advocacy which are crucial for meaningful and substantive access to justice,” the release explained.

The task force heard from “judges, lawyers and other stakeholders about the need for a sustainable, accessible and open justice system in which the public can have confidence and of which all Canadians can be proud.”

“This report is a must read for lawyers who want to work to maintain and improve upon our system of justice for the people of Canada,” said Guy Pratte, president of The Advocates’ Society, in a statement.

“It is a valuable resource for judges who must make decisions every day and who are looking for ways to protect our system while increasing its efficiency. It contains important recommendations, and cautions, for politicians and those within government who are responsible for supporting the justice system,” he added. 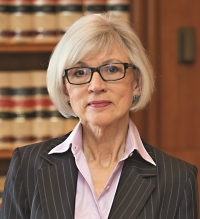 Beverley McLachlin, former chief justice of Canada and member of the Modern Advocacy Advisory Group, said the report “offers a timely examination of the fundamental role of court advocacy in securing justice and how it can be preserved in a digital world.”

“The communications revolution we are living through touches all facets of our lives, and the legal system is no exception,” she explained in a statement.

According to the report, there are “four core principles which animated the task force’s recommendations regarding the selection of the mode of hearing for particular types of proceedings: 1. the open court principle; 2. the imperative of access to justice; 3. the integrity of the court process; and 4. the principle of proportionality.”

From these principles, the final section of the report “sets out the recommendation of the Task Force for a model framework,” which “provides general guidance regarding the factors which parties, their counsel and courts should consider with respect to the choice of mode of hearing for a particular proceeding, and is suitable for adaptation into court rules or practice directions.”

According to the report, the “general guideline” recommended in the framework is that “courts and litigants embrace the efficiency and flexibility of video hearings for routine administrative matters and unopposed hearings, and that consent matters be dealt with in writing.”

“Where the matter to be heard involves a significant step in the proceeding (which the Framework defines), the recommended general guideline is for an in-person oral hearing. The general guidelines may be departed from based on principles of proportionality, fairness, and efficiency, and a list of additional operative factors is included for consideration by the parties and the court. The process for determining the mode of hearing is intended to be efficient and brief, and it is anticipated that parties, counsel and the courts will adapt as experience grows and case law develops,” the report explained.

The report noted that the task force was “struck by feedback consistently received from stakeholders about challenges faced by the justice system that extend well beyond the role of oral advocacy and the Task Force’s mandate.”

“Oral advocacy is but a small — important, but small — piece of the justice system. This examination of the role to be given to oral advocacy post-pandemic cannot and does not purport to address the problems of access to justice and the lack of adequate resources to support the system,” the report stressed.

Deborah Palter, incoming president of The Advocates’ Society, said in a statement that the “completion of this report is an important milestone in the much bigger project to modernize the justice system.”

“The Advocates’ Society is committed to continuing to work on making justice accessible. The task force’s calls to action provide an excellent foundation for that work,” she added.