In a press conference on June 17, Chief Justice Richard Wagner announced that the Supreme Court of Canada will continue to hold virtual hearings “if parties want it that way.”

“Overall, it has been a positive experience,” he said, adding that he imagines “some clients would appreciate having the option to reduce the additional costs related to travel, especially for criminal matters where those costs are borne by the public.”

“I also expect lawyers may appreciate less travel time to and from the court. I understand Zoom hearings are permitting some counsel to work more efficiently, and serve more clients at once, because they have spent less time en route to and from courthouses,” he said.

However, the chief justice noted that Canada “cannot have a completely virtual justice system.”

“Poverty is a real issue in Canada, so is the absence of reliable Internet and phone services in some places, especially in Northern communities,” he stressed. 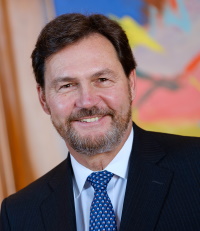 Chief Justice Wagner also noted that he has heard that “virtual hearings have led to a lack of formality and respect in the courtroom.”

“Nova Scotia Supreme Court Justice Mona Lynch even told the House of Commons committee an anecdote from one of her colleagues. She said during one virtual family court case, one of the parties asked the court to ‘hold on a minute,’ [and] they could hear the person order a Double-Double at Tim Hortons,” he said.

Every matter that comes to a court is important, “at least to one of the parties,” Chief Justice Wagner said.

“While judges should have the ultimate discretion, most civilian witness testimony should be heard in person where the solemnity and procedure of the courtroom truly highlights the seriousness of the matter being heard,” he added.

The chief justice noted that it has now been “more than a year since the onset of this devastating public health crisis” brought on by COVID-19.

“A full year since we jumped into unplanned pilot projects that required new technologies, skills and priorities. Indeed, the pandemic has proven to be a powerful agent of change. It has forced courts into the 21st century, just 21 years behind schedule. These new approaches tested long-held assumptions that once proved to be obstacles to modernization and reform, such as our adopting new technologies would be too expensive, too insecure, or would insult the dignity and traditions of the courts. Imbedded in this thinking was always the assumption that change would be a choice; until it wasn’t,” he said

Chief Justice Wagner noted that, in many ways, the last year has been “a blur,” but he was pleased to announce that the Supreme Court “is running seamlessly with most employees continuing to work from home” and they’ve experienced no backlog.

The impact the pandemic has had on the courts has highlighted barriers that the Action Committee on Court Operations in Response to Covid-19 has been exploring, Chief Justice Wagner noted.

He co-chairs this committee with Justice Minister David Lametti, along with provincial attorneys general and public health officials. He said the committee “has produced national guidance on how to deliver justice during a pandemic.”

“The committee has proven to be focused and effective. Its work has led to legislative proposals that would make the criminal justice system more efficient. They include: permitting accused persons to appear by video at preliminary hearings and trials; audio appearances or pleas and sentence hearings when video is not available; the enhanced use of technology to draw names of jury candidates; and revising the telewarrant process to help peace officers remotely apply for a wider range of investigative orders,” he explained.

“At our last meeting,” he added, “we agreed to continue this work. Everyone on this committee is passionate about access to justice. We share many of the same goals and are working well together. This is good for Canada’s justice system.”

Chief Justice Wagner noted that courts across the country “are also embracing change.”

“Many jurisdictions now permit parties to submit unsworn affidavits by e-mail. This may sound trivial, but steps like these are clear signals that the justice system now has an appetite for modernization,” he stressed.

When addressing questions from the press, Chief Justice Wagner noted that “maybe the only good thing about the pandemic” is it helped the justice system to “realize what extent technology was helpful and useful to continue releasing justice in Canada.” He believes the progress the court has made using technology “will remain.”

“That’s why I am still optimistic, even though there are still backlogs at the trial levels, I hope that because of this pandemic, stakeholders in the justice system will continue to explore new ways to use technology for justice,” he said.

Another matter he brought up was how Canadian courts are now “more diverse than ever.”

“According to the commissioner for federal affairs, 45 per cent of all federally appointed judges are now women. There is also increased representation of judges who are Indigenous, racialized, or identify as having a disability, or are LGBTQ2. When judges reflect the make-up of society, this builds public confidence in the justice system. Judges also benefit when they share a wider variety of perspectives and lived experiences,” he said.

Chief Justice Wagner used the press conference to announce that he welcomes “the government’s bill to reform the judicial discipline process.”

“The Canadian Judicial Council (CJC) is currently reviewing the proposed legislation, but my overall first impression is that these reforms would bring more transparency and efficiency to how judges are disciplined,” he said.

The chief justice also announced that, after 23 years, the CJC has “updated its ethical principles for judges.”

“The new version released last week reflects the scope of judges’ work today, such as the exponential growth in self-represented litigants, social media, and makes clear the expectation that judges poses a high degree of cultural competence,” he explained.

Chief Justice Wagner addressed his current dual responsibility as administrator of the government of Canada and chief justice.

“The federal government did not ask for my help by chance; it’s spelled out in the law. When a governor general is incapacitated or resigns, the letters patent to the office state that the chief justice of the Supreme Court assumes the role of administrator of Canada,” he explained.

During the past five months, Chief Justice Wagner has given royal assent to 12 bills and signed 557 orders-in-council, as well as officially welcomed ambassadors and high commissioners to Canada.

“I am proud to fulfil this constitutional duty. And yes, it has been a lot of work. I would like to specifically express my gratitude to the court’s small, but mighty, protocol team and the staff at Rideau Hall for their hard work, expertise, experience and support,” he said.

When addressing questions from the press, Chief Justice Wagner stressed that he would not recuse himself from appeals if the laws he had a hand in signing are challenged before the Supreme Court. He noted that he would not recuse himself because he “did not give any legal opinion or any type of opinion on the legislation for which I provided royal assent.”

He also stressed that his increased workload under these dual roles has had “no impact on the work of the court.”

The chief justice noted that he is looking forward to September 2022 when the Supreme Court will hear two more cases outside of Ottawa, “this time in the beautiful city of Quebec.”

“Just as we did in 2019 when we travelled to Winnipeg, the members of the court will also engage with people in the community,” he said, noting that this is “valuable to helping the public understand the work of the Supreme Court as well as its role in Canada’s healthy and strong democracy.”