For departing Supreme Court Justice Rosalie Silberman Abella, her parents’ recounting of the Holocaust drove her passion for justice and equality, while presiding over family court taught her to listen and think beyond the bench.

After 17 years with Canada’s highest court, Justice Abella will officially retire from that role on July 1 — the day she turns 75 and the country celebrates its national holiday.

On June 17, Prime Minister Justin Trudeau nominated Court of Appeal of Ontario Justice Mahmud Jamal to fill that spot. Born in Kenya, Justice Jamal is the first person of colour to sit on the Supreme Court of Canada.

Just days before, Justice Abella spoke with The Lawyer’s Daily and was asked what would have to happen to see a Supreme Court that better reflects Canada’s cultural diversity.

She spoke of a more diverse court as being inevitable, given the changes already seen.

“Over time, the way we introduced the reality of more women in the profession onto the bench, that will inevitably be the case for people of colour, Indigenous people, persons with disabilities, because they are people who are lawyers and who will find themselves, I’m sure, qualified to serve on the benches of this country. Many already are — and have — qualified and are serving in that way. That will only expand with time — and should.”

This commitment has been evident in Justice Abella’s numerous roles away from the bench.

She was chair and author of the Ontario study on Access to Legal Services by the Disabled in 1983. And in 1984 she wrote a landmark Royal Commission report on equality and employment, creating the term and concept of “employment equity.” Her theories on equality and discrimination in that report were adopted by the Supreme Court in its first decision on equality rights under the Charter in 1989.

Looking back, Justice Abella says she created the report “to make sure that barriers were reduced for more groups in society.”

“Women, Indigenous people, persons with disabilities, and non-whites. And those are all measures I believe in and have always believed in.”

As a judge for the past 45 years, Justice Abella leaves behind a revered legacy.

After being called to the Ontario bar in 1972, she practised criminal and civil litigation before being made a judge in that province at 29. She remains Canada’s youngest person ever appointed to the judiciary, the first refugee to become a judge and the first Jewish woman to make it to the Supreme Court. 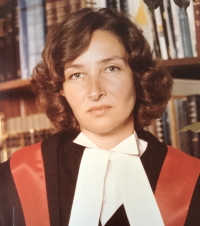 Her first stop as a judge was Ontario’s family court. At the time, she was a young wife and mother. It was while behind this bench that she learned how to be a judge, she said.

“It was intellectually and emotionally a challenge to learn to listen to people whose lives were so different from my own, who were before the family court for decisions about what was going to happen to their children, when I had two young children of my own,” she said. “Unlike other areas of the law, in family law you’re not just sifting through the past to figure out what happened — like a contracts case or a negligence case, or even a criminal case. You’re trying to decide, based on what happened, what is likely to happen to a child in the future. That’s so hard to predict. So, you learn to do your best. But I never found, after seven years of doing it, that it was easy. I always felt I had a particular responsibility in that area of law to really try to bring the reality of their lives — the reality of the law — into some form of synchronization that made their lives less awful.”

“I would say that I learned how to be a judge in the family court,” said Justice Abella. “I learned how to listen from their perspective up, not from the top down [and] not imposing my views on the people before me — actually learning to listen, weigh the different points of view from people in a small courtroom, where they were two, three feet away from me. And you could tell they were desperate for resolution. They had wonderful social workers that helped; they had a whole system of support services that were potentially available, but they came to the judges for a solution, and knowing what the right solution is is so hard to know when you’re dealing with families and children.”

And Justice Abella knows of family hardship — an even darker, more sinister form — from a time before her birth.

At the start of the Second World War, her newly married parents, Jacob and Fanny Silberman, were taken from Poland and sent to separate Nazi concentration camps — Jacob to the Theresienstadt, in what is now the Czech Republic, and Fanny to Buchenwald, in Germany.

The young couple had a child who perished along with Jacob’s parents and three younger brothers in the notorious Treblinka death camp, in occupied Poland.

At war’s end in 1945, Jacob and Fanny were liberated from the camps — Jacob by the Russians and Fanny by the Americans — and housed in a displaced person’s camp in Stuttgart, Germany. There, Jacob, a lawyer, was able to practise law. 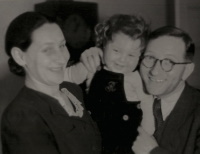 Four years later, the family arrived in Canada as refugees, settling in Toronto. Jacob, unable to practise law due to his lack of Canadian citizenship, went into the insurance business, while Fanny became a real estate agent.

Justice Abella says her parents were open and unflinching in sharing with her stories of the camps. And from those stories came lessons and convictions she would carry with her not only in everyday life, but when behind the bench, as well.

“I think the older you get the more you realize how much your childhood has shaped you. And I don’t think there’s any doubt at all that my parents’ experiences and my growing up and who they were as people shaped me in ways conscious and unconscious. It’s … where I got a very strong sense of not tolerating injustice, if I could do anything about it. ... [It is] certainly where I got my commitment to human rights and where I developed an intense aversion to discrimination or bullying of any kind — probably all unconsciously from my upbringing.”

She decided to become a lawyer while still a child — a goal borne out of her father’s inability to practise after arriving in Canada.

“That was when I decided that I was going to be a lawyer, because if he couldn’t do it — which struck me at the time as unfair — then I was going to do it, without even knowing what it meant to be a lawyer. I mean, how can you know when you’re 4? All I knew was something had happened to him that made me sad. He wasn’t [able] to be what he could be. [But] he never complained and he never looked back. [My parents] were incredibly resilient and courageous and optimistic. And they loved Canada.”

Justice Abella was asked if there were any judgments or dissenting arguments she penned that stand out for her.

“The question of what is memorable is something you can’t ask an author because it’s like asking a writer, ‘So, which of your many books do you think is really good?’ I’m not the person to weigh in on that; that’s a judgment other people really have to make. I’ve loved writing every single judgment I wrote — the majorities and the dissents — and I’ve never stopped feeling that it was an honour to be able to write them, and listen to the wonderful lawyers who presented the arguments, starting with the family court in 1976.”

But one thing is for certain: she has grown in the process.

“I think every judge I know works really hard to make sure they write reasons that as fairly as possible reflect a solid explanation for why whoever loses is losing, and whoever wins, won,” she said. “I’ve had a chance to write some really interesting judgments in every single area of the law, and I’ve learned from them, as well as by thinking through these issues, I’ve learned more about the legal system and the people behind it than I ever thought would be possible in a lifetime.”

She goes on to note how the country’s legal system has changed since graduating from law school in 1970.

“Everything about it is different. The emphasis on access to justice; the emphasis on concern for minorities and women; the emphasis on making sure that the judiciary and the legal profession are representative. All of those things I’ve watched and had a chance to participate in. In the course of that, there have been judgments along the way that have been part of that evolution towards more access, more equality, more fairness in the justice system. It’s what every judge strives to do, to be as fair as possible.”

Justice Abella will continue participating in deciding judgments with the Supreme Court until December. She will then prepare to begin a three-year term as a visiting professor at Harvard Law School, starting in 2022.